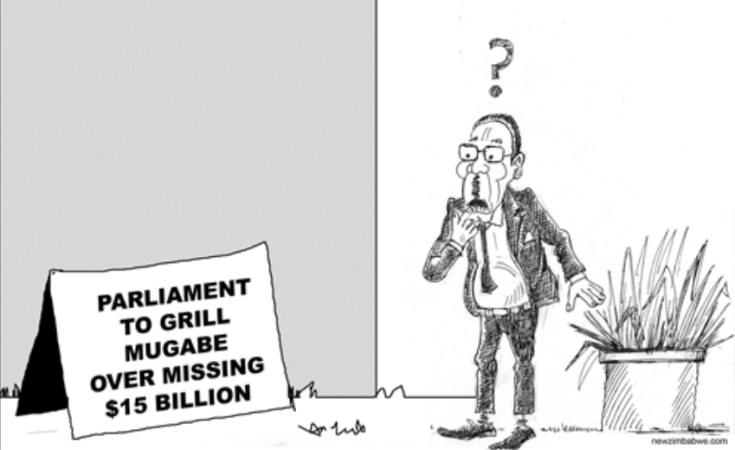 Former president Robert Mugabe snubbed parliament for the second time Monday, leaving legislators warning that they may be forced to sub-poena him.

MPs want the ousted veteran leader to testify in its probe into allegations that the country was robbed of $15 billion in diamond revenues.

The allegation was made by the now-94-year-old leader in 2016, pointing an accusatory finger at diamond companies including joint ventures between Chinese companies and the army, police and intelligence services.

He was first summoned to appear on the 9th of May but never turned up resulting in legislators re-scheduling the hearing to this Monday.

MPs had moved the new hearing to 2pm, reasoning that the earlier 9am schedule was too early for aged former Zanu PF leader.

Even so, Mugabe still failed to turn up and legislators admitted there was no explanation for the no-show.

"We were expecting former president Robert Mugabe to appear before us as a result of a letter that had been written to him," Temba Mliswa, mines committee chair and an independent member of parliament, told journalists Monday.

"He is not being prosecuted, it is only a matter of us hearing from him and him contributing whatever he has to us."

Mliswa said his committee decided to write to Mugabe again "because parliament writes thrice before they summon you".

This time the nonagenarian is expected to appear on the 11th of next month.

"In that (new) notification we will also state certain provisions of the standing orders rules which state parliament or a committee, by way of summons issued in terms of section 2, can order a person to attend before it," said Mliswa.

"When parliament writes to you we expect you to attend unless you then write the reasons why you cannot attend. He has not written to us."

The committee has offered to interview Mugabe at his residence, Mliswa added.

Asked what would happen should Mugabe ignore the committee yet again, Mliswa said, "... of course you know that, if he doesn't attend, he will be in contempt (of Parliament).

"Being in contempt ... there are many results. Let me remind you that the late Ray Bennett was sent to prison by parliament.

"Parliament has its own ways of doing things which are respected. So let's always be mindful of the powers that parliament has."

Mugabe Faces Censure If He Fails to Attend Parly Hearing

Secrecy Shrouds Chinese Firm's Return to Zimbabwe Diamond Fields
Tagged:
Copyright © 2018 New Zimbabwe. All rights reserved. Distributed by AllAfrica Global Media (allAfrica.com). To contact the copyright holder directly for corrections — or for permission to republish or make other authorized use of this material, click here.