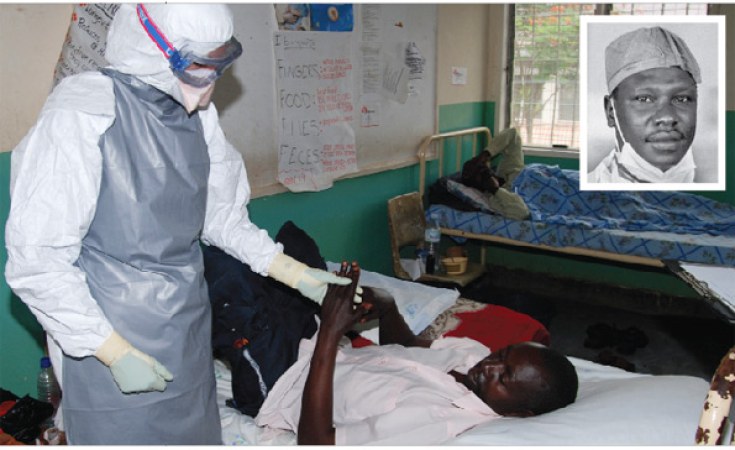 Photo: Daily Monitor
A medical officer attends to a suspected ebola patient. Dr Mathew Lukwiya (inset) died of ebola when the disease first broke out in 2000.
The Monitor (Kampala)
By Emmanuel Ainebyoona

Kampala — The Ministry of Health yesterday dismissed reports of an Ebola outbreak in the country but rather confirmed that a patient in Mubende District died of the Crimean-Congo hemorrhagic fever.

"We would like to inform the public that there is no Ebola outbreak in Mubende or any other part of the country. What was quoted in the media is rather a case of Crimean-Congo Haemorrhagic Fever (CCHF)," Ms Opendi said.

She said a 35-year-old man from Nkoko Sub-county in Kakumiro District was admitted on May 21 to Melt Care Clinic with a high fever and vomiting.

"Since he was not improving, the relatives transferred him to Galde Medical Clinic in Kakumiro District on May 23 from where he was referred to Mubende Regional Referral Hospital," Ms Opendi added.

However, Ms Opendi said despite the patient presenting with Ebola-like signs, laboratory investigations at the Uganda Virus Research Institute (UVRI) showed that the man had died of CCHF.

"The clinician on duty at Mubende hospital immediately transferred the patient to the hospital isolation room where he received intravenous fluids. Unfortunately, he died during that same night at about 1am. Samples were taken off the body and were sent to the UVRI," Ms Opendi said.

The director of Clinical Services at the Health ministry, Dr Charles Olaro, said the attendants of the deceased, who include his expectant wife and four others, are being closely monitored in isolation to avoid the disease from spreading.

He added that all hospital staff who got in contact with the deceased were provided with digital thermometers and were instructed to take their body temperatures twice on a daily basis.

Ms Opendi said a national rapid response team from the ministry and World Health Organisation has been dispatched to Mubende to collect more information and assist the district to mount an appropriate response.

She asked the public to report any cases with Ebola-like signs. 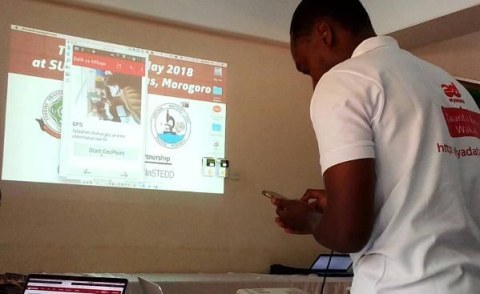 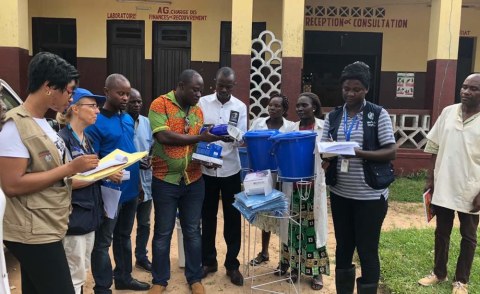 DR Congo Ebola Danger Remains Despite Progress
Tagged:
Copyright © 2018 The Monitor. All rights reserved. Distributed by AllAfrica Global Media (allAfrica.com). To contact the copyright holder directly for corrections — or for permission to republish or make other authorized use of this material, click here.