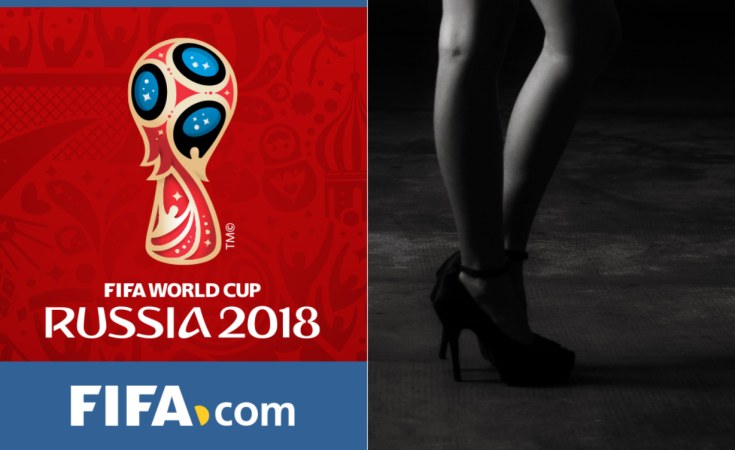 Photo: allafrica.com
Nigerian women are said to be the target of human traffickers looking to gain from the World Cup.
Thomson Reuters Foundation (London)
By Adaobi Tricia Nwaubani and Kieran Guilbert

Officials in Nigeria said they had intelligence showing plans were well underway to traffic local women into Russia for the football tournament, exploiting a move by Moscow to let spectators enter the country with just a ticket and a fan pass.

"This is a real present for traffickers," said Julia Siluyanova of Russian anti-slavery group Alternativa.

She said Russia's strict visa process had typically made trafficking people into the nation time-consuming and costly and the eased visa rules had now left the system open to abuse.

Many women and girls have been lured from Nigeria in recent years with promises of work and good wages only to end up trapped in debt bondage, and the World Cup could see the number of victims arriving in Russia soar, according to Alternativa.

"We discovered that about 30 victims (Nigerian women) were brought to the Confederations Cup in Moscow last year ... we expect to face the same problem during the World Cup this year," Siluyanova told the Thomson Reuters Foundation by email.

Visa-free entry was trialled at the Confederations Cup and will apply to the entire World Cup, which runs in 11 Russian cities from June 14 to July 15, and the ten days either side.

Nigeria's anti-trafficking agency NAPTIP said it had received intelligence that human traffickers were planning to take advantage of the tournament, and that it was working with the Russian embassy in the capital of Abuja to tackle the issue.

"If we alert Nigerians, we disrupt them (traffickers) ... and let them know that these plans are in the works," said Arinze Orakwu, head of public enlightenment at NAPTIP.

NAPTIP was unable to say how many women were trafficked into Russia, but an official in Nigeria's Edo state said it was sizeable.

"Women are being trafficked to Russia, and we get returnees back from Russia," said Yinka Omorogbe, head of Edo's anti-trafficking task force. "It is not a frequent destination in the same way as Italy is, but we do get a pretty large number."

Thousands of Nigerian women and girls are lured to Europe each year, making the treacherous sea crossing from Libya to Italy, and trafficked into sex work, the United Nations says.

The number of female Nigerians arriving in Italy by boat surged to more than 11,000 in 2016 from 1,500 in 2014, with at least four in five of them forced into prostitution, according to data from the International Organization for Migration (IOM).

A spokesman for football's governing body FIFA said it was committed to ensuring human rights were respected, but that crimes such as human trafficking were the responsibility of local and international authorities.

The Russian government could not be reached for comment.

From the Olympics to the Super Bowl, big sporting events regularly trigger warnings over an influx of sex workers, many of whom are victims of modern slavery, yet experts are split on whether such spectacles actively fuel trafficking. 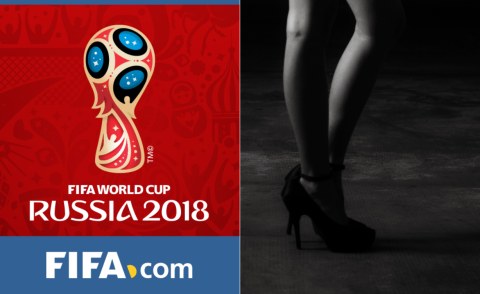 Arrests After Nigerian Children Trafficked to Russia
Tagged:
Copyright © 2018 Thomson Reuters Foundation. All rights reserved. Distributed by AllAfrica Global Media (allAfrica.com). To contact the copyright holder directly for corrections — or for permission to republish or make other authorized use of this material, click here.