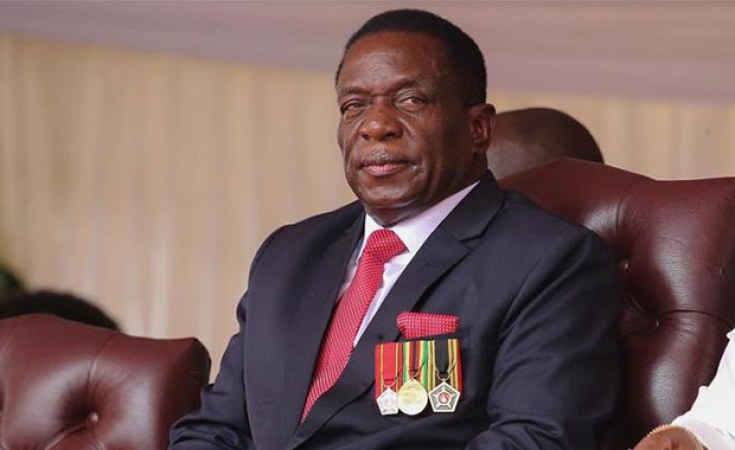 President Emmerson Mnangagwa's decision to create a Special Anti-Corruption Unit in his office has sparked controversy, with legal experts questioning the constitutionality and legality of appointing such a handpicked panel of prosecutors.

For a government that came to power by toppling long-time leader Robert Mugabe through a military last year, questions have been asked as to why Mnangagwa wants to oversee the prosecution of corruption suspects.

Rewind to November 2017, the army announced that it had intervened bacause it was targeting "criminals around Mugabe". What happened next was the prosecution of a Zanu PF political faction linked to Mugabe's wife Grace. The faction was in the first place targeted by the army.

Last week, Mnangagwa, whose election campaign rhetoric is partly anchored on the need to arrest crime, formed the Special Anti-Corruption Unit ostensibly to enhance the "efficiency in the fight against all forms of corruption".

The special unit will house prosecutors under Mnangagwa's direct control, though the constitution does not bestow the President with prosecutorial authority.

Ironically, Mnangagwa's latest blunder, following a constitutional subversion and series of embarrassing miscalculations, has raised the spectre of serious legal ramifications and contradictions.

This is because establishing an anti-corruption department directly under his control would weaken the fight against graft while violating the country's constitution.

Soon after assuming office last year in November, Mnangagwa, a lawyer by training, placed the Civil Service Commission under the Office of the President and Cabinet (OPC) in blatant violation of Section 201 of the constitution which obligates the president to appoint a public services minister.

The Progressive Teachers' Union of Zimbabwe has castigated Mnangagwa's move.

In similar fashion, two days after announcing his cabinet in December last year, Mnangagwa buckled to pressure and revised his ministerial line up in compliance with a constitutional provision that limits the number of ministers who can be appointed if they are not elected members of parliament. In functional democracies, the combat against organised crime and graft is assigned to autonomous institutions which function independently of the interests and excesses of executive authority.

In an instalment for the Zimbabwe Independent last week titled: "The trouble with government's anti-corruption organ", Alex Magaisa, a United Kingdom-based law lecturer, pointed out that Mnangagwa's ill-informed decision to house an anti-crime department in his office was in blatant violation of the constitution, while it also weakened the autonomy of the Zimbabwe Anti-Corruption Commission (Zacc) and the National Prosecuting Authority (NPA) to effectively discharge their mandate.

The controversial formation of the anti-corruption organ by Mnangagwa, Magaisa argues, was not compliant with constitutionalism and is tantamount to presidential diktat, a worrying trend for a country that is trying to wriggle out of the clutches of dictatorship entrenched during former president Robert Mugabe's 37-year.

"Nevertheless, having diagnosed the problem, it is important for Mnangagwa to find the correct solution within the confines of the law. That solution must, therefore, be based on a solid legal foundation. It must be consistent with constitutionalism and the rule of law. It must not undermine the constitution and established constitutional principles and values," wrote Magaisa.

"In the absence of specific legal authority, it can be concluded that the special unit has been established by presidential decree, itself a hallmark of arbitrary rule. This is not a sign that the president wants to present to the world."

In essence, adding another plank in the bureaucratic layers of the anti-corruption drive in the form of the special-anti graft organ in the OPC gives Mnangagwa prosecuting authority, outside the dictates of the constitution. Under the constitution, only the Prosecutor-General (PG) is vested with the powers to prosecute.

However, Mnangagwa's special anti-corruption unit, by decree, unilaterally gives itself the unconstitutional power to prosecute, while operating under the ominous dictates of the Official Secrets Act.

Consequentially, setting up a Special Anti-Corruption Unit under the direct control of the president also raises questions on the efficacy of the NPA and Zacc to fiercely tackle corruption, in line with the institutions' mandate.

By forming the special-anti corruption organ, Mnangagwa could be admitting that the existing agencies, namely Zacc and the NPA, constitutionally formed to fight graft, lack capacity to discharge their duties.

Yet, grabbing prosecutorial authority from those constitutional institutions by setting up the special anti-corruption organ will compromise the fight against graft, as well as violate Zimbabwe's constitution.

As Magaisa argued, there is need to capacitate Zacc and the NPA, without necessarily setting up additional and unconstitutional bodies without the independence to tackle corruption, particularly crime fuelled by elites and high-profile politicians.

"It is basic constitutional law that no prosecutor should be answerable to the President or subject to his control or direction in the performance of his or her duties," Mafukidze said. "The President has no power to do what he has done. It is plainly unlawful. The announcement is a shocking fundamental attack on the independence of this vital institution. This decision severely interferes with the independence of the office of the Prosecutor-General and the NPA as set out under the constitution.

"Prosecutorial power is quasi-judicial. Whether one is prosecuted or not is a decision that must be taken independent of political, personal or partisan considerations.

Constitutional law expert Professor Lovemore Madhuku said the setting up of Mnangagwa's corruption department was in violation of the constitution, which outlines a detailed framework on the institutions with the mandate to tackle graft.

"The constitution provides a clear framework on the institution with power to fight corruption, which is the NPA," Madhuku said. "He (Mnangagwa) is not allowed to do that (setting up a Special Anti-Corruption Unit housed in his office). He is trying to re-write the constitution. He has to push for an amendment to achieve that."

Salary Cut for Zimbabwe President, Civil Servants
Tagged:
Copyright © 2018 Zimbabwe Independent. All rights reserved. Distributed by AllAfrica Global Media (allAfrica.com). To contact the copyright holder directly for corrections — or for permission to republish or make other authorized use of this material, click here.