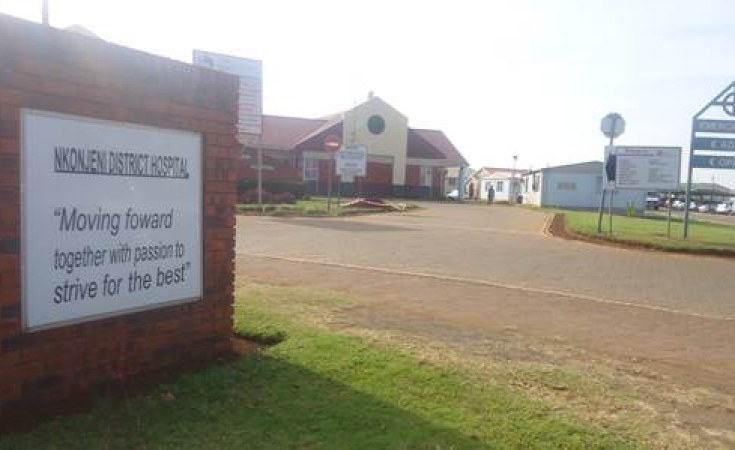 Photo: KwaZulu-Natal Department of Health
Nkonjeni is a district hospital which serves a rural community, there are 12 residential clinics attached to the hospital.
Inkatha Freedom Party (Durban)
press release

The Inkatha Freedom Party says the report that a thirty-eight year (38) old man from Mahlabathini was allegedly gnawed to death by gigantic rats infesting the Nkonjeni Hospital is the clear indication that sick patients in government hospital are open to rodents to feed on.

"The patient's nose and lips had been badly mutilated in the rat attack. This was not done deliberately or intentionally by any human being. Rather, it is a case of mischief by rodents, that could have been averted, if the hospital authorities were more careful and vigilant. This situation raises serious concerns about the cleanliness in provincial hospitals in particular Nkonjeni Hospital," said IFP KZN Provincial Spokesperson on Health, Mrs Ncamisile Nkwanyana MPL.

"The KZN MEC of Health, Dr Sibongiseni Dhlomo must explain if his department compensate people who collected corpses of their dead relatives in a deplorable state after being eaten by rats. The department have said over and over again that it will improve cleanliness in our hospitals but this clearly show that it is failing.

We need greater transparency in hospital infection control, and this is one way in which we can drive up overall hygiene standards. It is important for hospitals to have robust procedures in place to deal with any pest problems and if they persist.

"Rats are disease carriers. Our concern is that they spread diseases such as salmonellosis and leptospirosis. There are some viral haemorrhagic fevers that rats can also be vectors of so this matter should concern us all.

We demand that urgent action must be taken against hospital management. Heads must roll in this matter. Somewhere, somehow someone failed to perform his/her allotted duties," concluded Mrs Nkwanyana.

Read the original article on IFP.

Tagged:
Copyright © 2018 Inkatha Freedom Party. All rights reserved. Distributed by AllAfrica Global Media (allAfrica.com). To contact the copyright holder directly for corrections — or for permission to republish or make other authorized use of this material, click here.