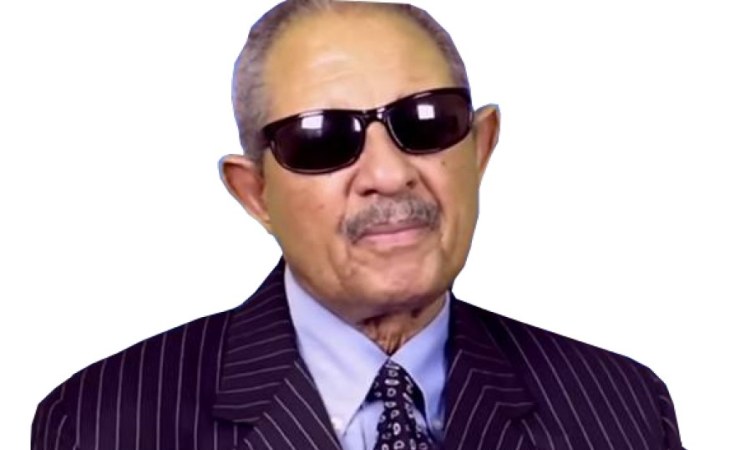 Without a shadow of a doubt, people from all walks of life fight back with the purpose of leading a meaningful life. Heartbreakingly, they do not have the faintest idea pertaining to what the future holds for them in store.

Some of them would like to be mega-rich and lead a luxurious life. They do not care a fig for their beloved country as their focus is making money and live a life they love.

What is more is that some people do not care about other things except fattening their pocket at the expense of their compatriots. Quite the opposite, some people work day in day out with the aim of taking their beloved country to the height of accomplishment.

They place much emphasis on their beloved country. They give their all to their place of origin. They love their motherland with all their hearts. Major Girmay Hadigu is among one of them. The way how the great figure joined the music world never cease to amaze this writer. His musical works are housed in the hearts of everyone's hearts. The great Ethiopian figure left no stone unturned to take Ethiopian music industry to a new episode of achievement. How did he manage to join the music world?

One fine day, people irrespective of sex, age, ethnicity, political viewpoint, and what have you had been flowing to Jan Meda. They all were from the left, right and center of the country with a view to seeing the Kagnew Shaleqa Soldiers off.

The moment was beyond words. All the people got like an electric shock feeling that ran through their complete bodies. To the surprise of many, most people were singing war time songs over and over again. The soldiers were getting themselves ready to leave for Korea with the purpose of putting the last touch on the civil war which took place between South and North Koreans. At that specific point, the historic event had given grace to Emperor Haile Selassie's regime. Ethiopia's fame was spreading across the world like wildfire. As the emperor was an influential person in the world, Ethiopia was among the chosen countries to bring to an end the civil war whatever the cost may be.

All the soldiers were ready to leave for Korea courageously. Pertaining to their country, quite a lot of things were coming in and out of their minds. What remained were the farewell wishes and speeches of the emperor.

They all had mixed feelings about the journey. In the long run, the heroic Ethiopian Kagnew Shaleqa peace keeping soldiers arrived at the Red Sea. They were all pleading God for their safe arrival and return.

At that moment, the Eritrean born Major Girmay Hadigu was one of them. He was too young.

The instrument had helped him prevail over a twenty-twenty one day journey by ship. It as well helped him trounce a one year and three months service in Korea. He was in the habit of entertaining the soldiers bringing into play his mandolin. His life was fully subjected to the mandolin.

Nobody could detach Major Girmay Hadigu from Mandoline. They were two sides of the same coin. Little by little, the instrument embarked on revolutionizing his life. He was infinitely happy in this regard. Just then, most people did not have a wee-drop of idea about the instrument. Life was perfect. His life was incomplete and empty devoid of the instrument. He believed in hard work and determination.

In his stay in Korea, Major Girmay Hadigu had acquainted himself with the Piano. Whenever his colleagues went in and out of the dining hall, they were in the habit of touching the string of the mandolin.

They were singing the song entitled "Kalipso Wei Kalipso," all the time. Everybody was crazy about the music to this point. The music was difficult to understand for Korean women who were working in the dining hall. At a loss what to do, the women set in motion making fun of them saying the instrument did not produce sounds other than "Din" "Din" "Din."

Despondently, the song entitled "Kalipso" and the instrument, Mandolin, were on the brink of getting out of the market. He developed the musical skill on his own. But he did not know when he would fully get himself acquainted with the general public.

When he returned home after completing the mission, he was assigned as head of Military Officers Club. He did not have another option except accepting the position. But he did not know how to materialize his dream. He was looking forward the day to come.

As ill luck would have it, Major Girmay Hadigu and his assistant ended up in jail in charge of wasting the club's resources. He did not feel irk. He did not utter a word. He did not give up hope even. Though things were keeping on falling from the frying pan into the fire and missing the intended target, he did not know how to make his dream become a reality.

In a little while, he could not find the way out. He had to wait better days to come. At that point, the Kibure Zebegna Music Troupe was led by Armenians.

After a long fight with his thoughts, he reached into a decision to do something. Nobody had expected that he would come up with an immediate solution. He found it difficult to write lyrics and compose melodies.

He knew very well the fact that the prison was not comfortable for his works. At a loss what to do, he headed straight to the head of the Imperial guard and asked for permission to practice at the day time at Kibur Zebegna hall and return to prison in the evening. After a short time, he was given the go ahead. Almost immediately, he kept on practicing and turned out to be a successful person.

Moreover, he had the opportunity to meet the renowned Ethiopians musicians named Colonel Sahele Degoga. As his lucky stars were with him, he got the chance of working as a vocalist in no time at all. To the surprise of many, Major Girmay Hadigu and Colonel Sahele Degoga began harvesting the fruit of success in a little while.

In the same way, he had also written song lyrics to vocalists Tilahun Gesesse, Buzunesh Bekele, Tefera Kassa, Tezera Haile Michael, Mohamed Ahmed and what not. Their works are still in the hearts of the general public. Everybody loves their songs as they revolve around a range of societal issues. Through his astounding works, he had won the hearts and minds of everyone in a little while.

Similarly, it is said that the major had helped Aster Aweke in different ways at the time she was in Shebele Music Band.

More to the point, he had composed a number of melodies for most singers apart from teaching vocal exercise and other related aspects. Without exaggeration, he knew the nuts and bolts of music.

Once the honorable Dr. Tilahun Gessess said, Major Girmay Hadigu was the man who had taken the Kibur Zebegna music to the pinnacle of success. He was an engine for the modern Ethiopian music.

Beyond this, Major Girmay Hadigu had once been thrown into prison because of the lyrics he had written related to Asmara. Even worse, he nearly had escaped death.

Hence, his mother managed to send him to Addis Ababa. At the time when the emperor's power was in danger, he resigned from the Kibur Zebegna and joined the Hager Fiker Theatre.

Major Girmay had spent most of his life singing spiritual songs in the Ethiopian Mekane Yesus Church. He shifted to the spiritual world with the aim of praising God for He gave him the power and made the whole thing for him. He had played quite a lot of spiritual songs.

According to his son, Getayawuqal his dad had served for quite a lot of years. He was in the habit of giving more value to church services. He loved his profession more than anything in this world.

Above and beyond, he had produced a number of church musicians including his son, Getayawuqal. At this point in time, his son, Geta Yawiqal is a famous singer and music composer.

May your heart and soul find peace and comfort!

What Shall I Be?

Shall I be a chameleon?

In a way that

Shall I optimize my chance

The good or wrong stance

Of who by unfair means

Seized the rein of power

Will not be loath

On me to shower?

As it has become

Shall I be an ermine?

True to my conscious

To the extent of