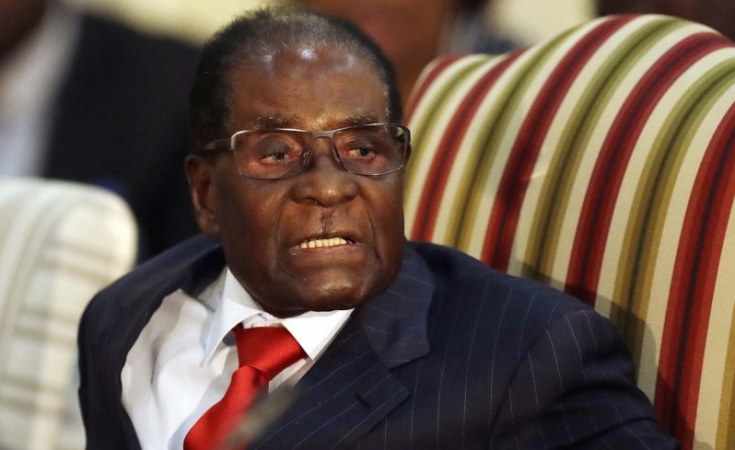 Parliament yesterday excused former President Mr Robert Mugabe from attending a hearing on diamond leakage at Chiadzwa during his tenure as Head of State and Government. The Parliamentary Portfolio Committee on Mines and Energy had summoned Mr Mugabe to explain the alleged disappearance of diamonds worth $15 billion under his watch.

Mr Mugabe had been given an ultimatum by the committee to attend the hearing yesterday, with its chairman Mr Temba Mliswa threatening to charge him with contempt of Parliament if he failed to turn up.

Presenting a committee report in the National Assembly last week on the diamond sector in Zimbabwe for the period 2009-2016, Mr Mliswa said after consultations, it had been resolved to excuse Mr Mugabe from attending.

"The former President, His Excellency Cde RG Mugabe, was unable to attend at the appointed hour and the committee was due to meet to consider summoning him as a measure of last resort but after consultations with the Honourable Speaker, he was recused from attending," said Mr Mliswa.

He said the committee was disappointed by former Minister of Mines and Mining Development Dr Obert Mpofu, who is now Home Affairs Minister, for failing to respond to issues pertaining to the diamond industry during his term of office.

Minister Mpofu declined to give evidence demanding that Mr Mliswa recuse himself from chairing the hearing.

He accused Mr Mliswa of harbouring a vendetta against him.

missing $15 billion diamond revenues, heightens the perception that both may have been complicit on this issue," said Mr Mliswa while presenting the report.

The committee recommended that the next Parliament should pursue the $15 billion and summon Mr Mugabe to explain himself.

"Closure on the alleged missing $15 billion diamond revenues is possible if the former President clears the air on the context he made the assertion that the country lost such amount. The Ninth Parliament must pursue the matter to its logical conclusion," said Mr Mliswa.

It was noted that Harare lawyer, Advocate Farai Mutamangira, declined to attend hearing to explain why his firm was paid $300 000 in legal fees by diamond producing companies in Chiadzwa at the instruction of Dr Mpofu when no legal services had been rendered.

"The committee sought legal advice on his submissions and was advised that the privilege sought to rely on was not absolute and his appearance before Parliament will be dealt with at an appropriate time in the future as the inquiry conducted by the committee did not exhaust all the sticking issues," said Mr Mliswa.

Mugabe in Singapore Amid Health Fears - Report
Tagged:
Copyright © 2018 The Herald. All rights reserved. Distributed by AllAfrica Global Media (allAfrica.com). To contact the copyright holder directly for corrections — or for permission to republish or make other authorized use of this material, click here.