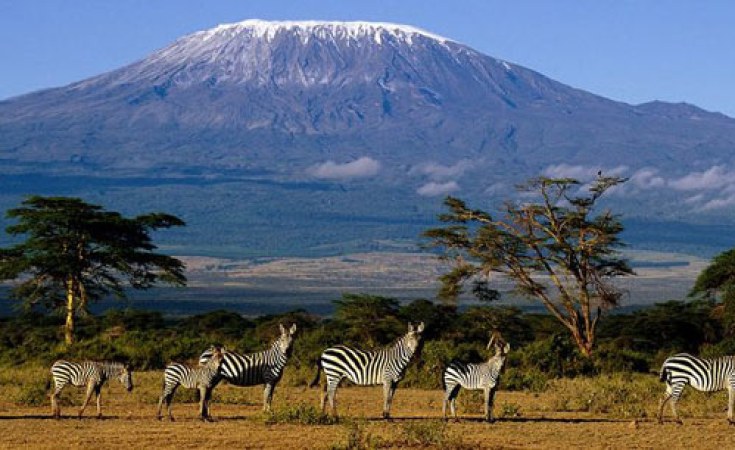 MOUNT Kilimanjaro is now covered by snow in an unusually long stint which analysts associate with the long rains from January to May this year and in turn boosts tourism in the country.

She said many people; including tourists are attracted by the white covered Kibo Peak of the Africa's highest mountain and have been seen coming to take pictures from different possible corners.

"The rains that occurred from January to May brought accumulation of snow on the Kibo Peak.

The observed snow plays a key role in protecting glacier from melting," Ms Loibooki further said. She said that besides further compaction and hardening of snow on the mountain's summit, it has ended the wet season and maintained glacier and snowflakes at the Kibo peak.

The Chief Warden hinted that it is expected that in the months ahead, dry season would crop in and melt the sleet and expose glacier ice.

On tourism front, Ms Loibooki pointed out that snow and glacier ice remains potential tourists' attraction sites especially at the Kibo Peak on the mountain.

However, she cautioned the Mountain climbers to be vigilant while ascending or descending to avoid dangers which may emanate from slippery slopes.

Kilimanjaro is a large stratovolcano and is composed of three distinct volcanic cones of Kibo, Mawenzi and Shira, where the latter two are extinct, while Kibo is dormant and can erupt again.

Uhuru Peak is the highest summit on Kibo's crater rim that the Tanzania National Parks Authority (Tanapa) as well as the United Nations Educational, Scientific and Cultural Organisation (UNESCO) list as 5,895 metres high above sea level.

Historically, the first people known to have reached the mountain's summit were Hans Meyer and Ludwig Purtscheller in 1889 and it forms part of the Kilimanjaro National Park, that is renowned for major climbing as sports and attractions.

The mountain has been the subject of many scientific studies because of its shrinking glaciers and disappearing ice fields, besides its interior volcanic edifice being 'poorly known' and lack of large scale erosion that could have exposed the interiors.

Shira is crowned by a broad plateau at 3,800 metres that may be filled with a caldera, whose caldera rim remnant has been degraded deeply by erosion.

Shira is mostly composed of basic lavas with some pyroclastics whose caldera formation was accompanied by lava emanating from ring fractures, but there was no large scale explosive activity.

Two cones formed subsequently, the phonolitic one at the northwest end of the ridge and the doleritic "Platzkegel" in the caldera centre.

Both Mawenzi and Kibo began erupting about one million years ago and are separated by the saddle plateau at 4,400 metres elevation.

Tagged:
Copyright © 2018 Tanzania Daily News. All rights reserved. Distributed by AllAfrica Global Media (allAfrica.com). To contact the copyright holder directly for corrections — or for permission to republish or make other authorized use of this material, click here.