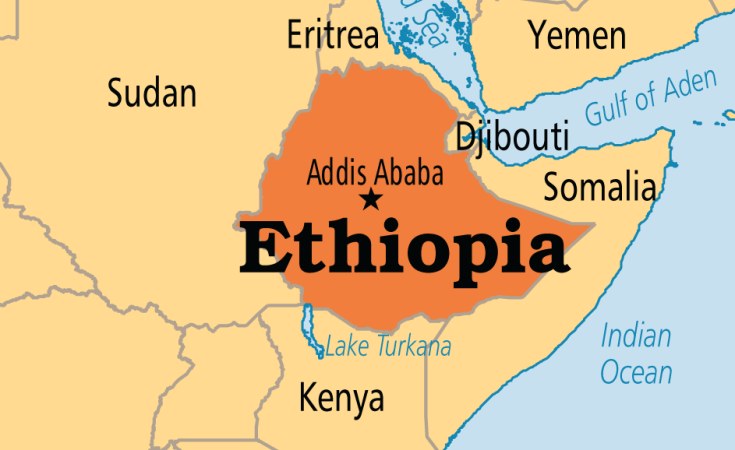 New Ethiopian Prime Minister Abiy Ahmed and Somali President Mohamed Abdullahi "Farmajo" Mohamed agreed Saturday to "strengthen their brotherly bilateral relations" and to collaborate with the African Union in seeking solutions to problems on the continent.

After bilateral talks Saturday in the Somali capital, Mogadishu, the leaders said in a statement the two countries would enhance diplomatic and trade activities, including opening diplomatic and consular offices and removing of "all trade and economic barriers."

The leaders paid "singular focus" to economic growth and bilateral investment to "secure a prosperous future for their people, the countries of the Horn of Africa and ultimately the African continent."

Ahmed and Farmajo "condemned terrorism in all its forms" and emphasized the need to cooperate to "effectively counter terrorism and deal with cross-border security challenges."

Ahmed arrived in Mogadishu on Saturday amid tight security and was received at the airport by the Somali president.

After receiving guard of honor at the airport, Ahmed was driven to the presidential palace in Mogadishu, where the two leaders held talks.

Security was tightened with the deployment of Somali troops along major roads in Mogadishu. All major roads leading to the airport and the palace were closed to the public.

Ethiopia has more than 4,200 troops who are officially serving as part of the African Union Mission in Somalia. In addition, several thousand Ethiopian troops operate in various parts of Somalia outside the AMISOM mandate but under a bilateral agreement with Somalia.

PM Says No Deal Reached With Ethiopia On Seaports 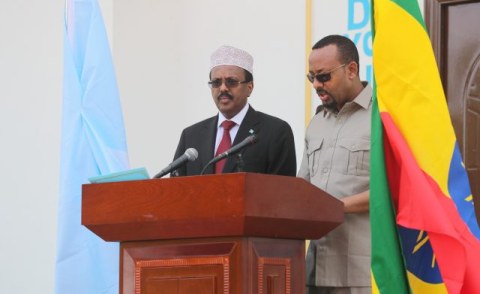 Somalia, Ethiopia Agree to Strengthen 'Brotherly' Relations
Tagged:
Copyright © 2018 Voice of America. All rights reserved. Distributed by AllAfrica Global Media (allAfrica.com). To contact the copyright holder directly for corrections — or for permission to republish or make other authorized use of this material, click here.