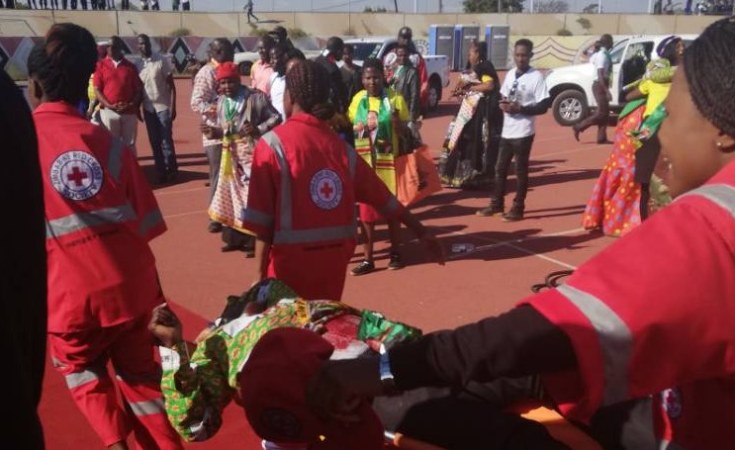 Exiled former higher education minister Professor Jonathan Moyo has reminded President Emmerson Mnangagwa of his own violent power grab after the latter was apparently targeted by a suspected bomb blast on Saturday.

An as yet unidentified device exploded at Bulawayo's White City Stadium as Mnangagwa left the venue after addressing a campaign rally.

Some 41 people were reportedly injured, including Mnangagwa's two deputies.

Commenting on the incident on Twitter, Prof Moyo said; "Today's (Saturday) explosion at White City Stadium in Byo is a tragic reminder that the use of tanks, bombs, grenades & guns by whosoever against anyone to settle a political contest is barbaric.

Moyo was referring to the military coup which toppled then president Robert Mugabe, clearing the way for Mnangagwa's rise to the presidency.

The former education minister and two colleagues say they were lucky to escape with their lives after their homes were attacked by the military as it took over power.

All three were believed to be the "criminals around" Mugabe the military claimed to be targeting in what it code-named 'Operation Restore Legacy'.