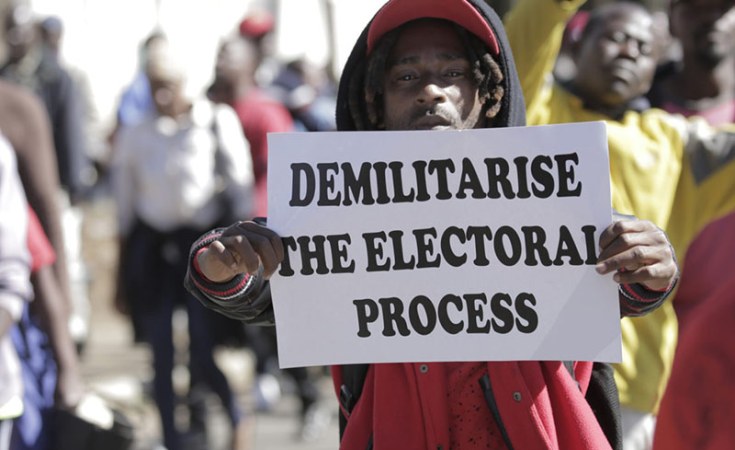 The African Union (AU) Commission has dispatched a five-member "independent electoral assistance mission" to Harare ahead of the country's July 30 general elections.

In a statement, the AU Commission said the team would be in the country until July 8 assisting the Zimbabwe Electoral Commission (ZEC).

"The mission has been deployed in response to the request for technical assistance made by the ZEC during the visit to Zimbabwe by the AUC leadership in February 2018 led by the Chairperson, H.E. Moussa Faki Mahamat," reads the statement.

"The technical support to ZEC is pursuant to Article 18 of the African Charter on Democracy, Elections and Governance which mandates the AU to provide electoral assistance to EMBs upon request by the Member States.

"The main objective of the mission is to assist the Election Management Body (EMB) in organising democratic, credible and peaceful elections in Zimbabwe on 30 July 2018 in line with international, continental and regional norms, standards and values.

"The mission will focus on capacity building training for the EMB personnel on various aspects of electoral operations. This entails training of trainers in management of polling processes which the AUC will support in cascading up to the constituency level.

"Furthermore, the technical support will also include training in management of postal votes and elections of special seats for People Living with Disability and traditional leaders."

ZEC has been the target of opposition criticism in the run-up to the crunch vote.

The election management agency is accused of helping rig successive elections on behalf of the ruling Zanu PF party.

Opposition groups have expressed outrage over delays by ZEC in releasing the voter's roll in addition to complaints over the role of security service personnel said to be attached to the electoral agency.