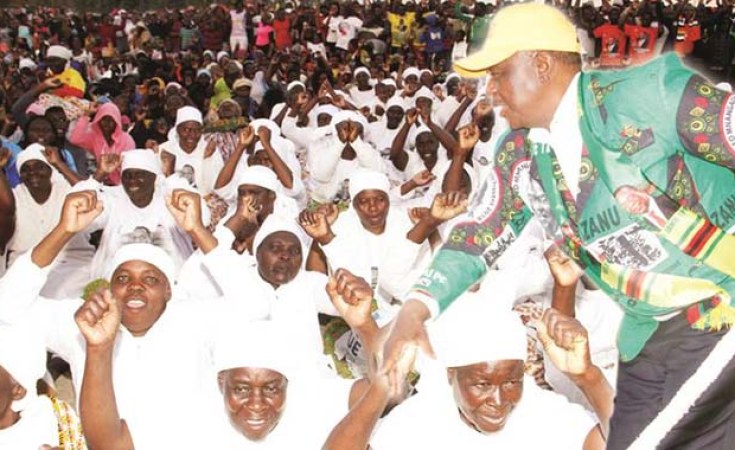 PRESIDENT Emmerson Mnangagwa's campaign schedule will not be affected by the bomb blast that left 49 people injured including Vice President Kembo Mohadi.

Mnangagwa escaped unhurt and the ruling party, in a statement Sunday, described the grenade attack as an act of terrorism.

"It is sad that this development (attack) occurs at a time the country has achieved the most peaceful moments in its history which has been ushered in by the new dispensation under the stewardship of President Mnangagwa," spokesperson Simon Khaya Moyo said in a statement.

Khaya Moyo said Zanu PF's campaign programs ahead of the July 30 elections will not be altered.

"Whilst these primitive, satanic and heinous act of terror are being subjected to the highest measure of the law, Zanu PF remains unflinching and resolute towards achieving the goal of peace and above all else the goal of uplifting the people's livelihoods.

"Notwithstanding the disturbances, the party will continue its campaign programs as scheduled," the acting Information minister said.

Like Mnangagwa, Khaya Moyo urged citizens against acts of retaliation or revenge.

"The party further calls upon its membership and Zimbabweans in general to confront evil with peace, remain calm and allow the law to take its delicate course. As we head towards the harmonised elections," he said.

The police Sunday said while investigations were underway, an undisclosed reward had been offered for information leading to the arrest of the perpetrators.

While most had been released Muchinguri-Kashiri was among dozens people still detained at different hospitals across Bulawayo.

Two Die of Injuries After Blast at Zimbabwe Rally
Tagged:
Copyright © 2018 New Zimbabwe. All rights reserved. Distributed by AllAfrica Global Media (allAfrica.com). To contact the copyright holder directly for corrections — or for permission to republish or make other authorized use of this material, click here.