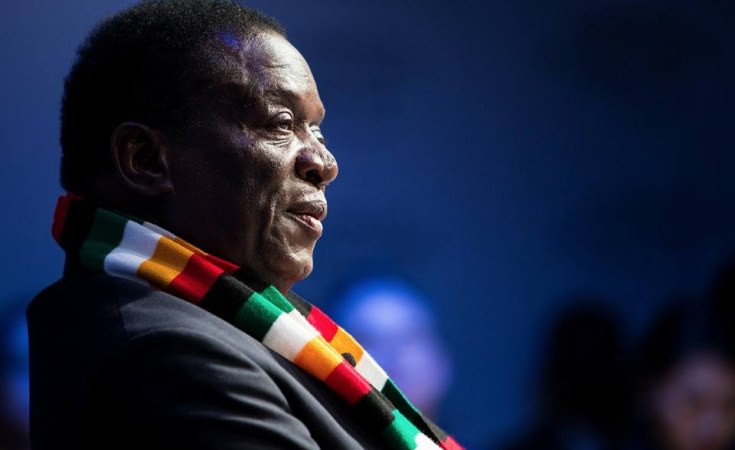 PRESIDENT Emmerson Mnangagwa has said that the fatal bomb blast at a Zanu PF rally in Bulawayo was part of broader ploy to delay the upcoming July 30 elections.

Mnangagwa, who has claimed he was the target of the attack, said the blast was "calculated to achieve a bloodbath" and "destabilise the ongoing electoral programme".

In his condolence message, following the death of two security aides who succumbed to injuries sustained during the blast that left 49 people injured, Mnangagwa vowed that the electoral programme will continue as planned.

The blast went off seconds after he had disembarked from the main stage following his campaign address to party supporters.

"I learnt with a heavy heart of the death yesterday (Monday) of two brave security officers who succumbed to injuries sustained following last Saturday's terror attack at White City Stadium, in Bulawayo," the president mourned.

"This cowardly terrorist attack at a public political meeting was indiscriminate and calculated to achieve a bloodbath which is hard to fathom.

"Above all, it sought to subvert the will of the people of Zimbabwe by attempting to destabilise the ongoing electoral programme which our entire nation wishes to see unfold in an environment of perfect peace, all for a free, fair and credible electoral outcome which we have pledged to ourselves and the rest of the world".

The president also revealed that the deceased officers will receive state assisted burials.

Mnangagwa also rallied the nation to remain peaceful vowing that the "merchants of terror must never be allowed to succeed, let alone stop the march of democracy, economic recovery and national progress which our people deserve"

The President added: "On behalf of the party, Zanu PF, Government, my family and on my own behalf, I tender my deepest condolences to families of the deceased officers. As I do so, I wish those caught up in the terror attack speedy recovery".

Investigations to ascertain the cause of the blast are still on going.

Mnangagwa, VP Chiwenga Power Clashes Intensify - Report
Tagged:
Copyright © 2018 New Zimbabwe. All rights reserved. Distributed by AllAfrica Global Media (allAfrica.com). To contact the copyright holder directly for corrections — or for permission to republish or make other authorized use of this material, click here.