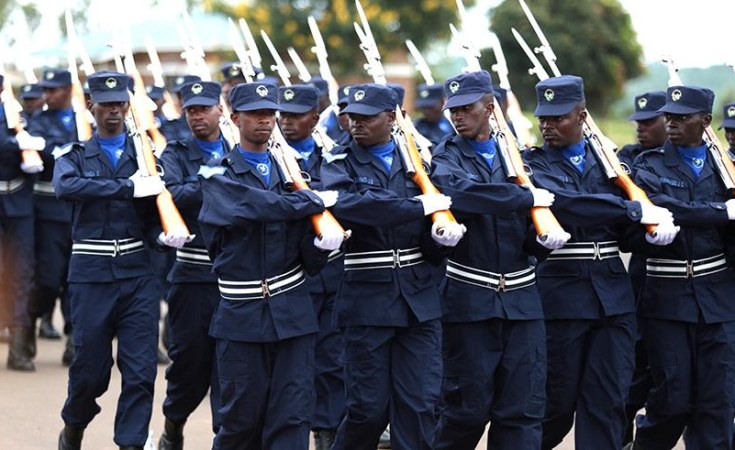 Photo: New Times
Officers of Rwanda National Police during a parade in a previous event
The New Times (Kigali)
By Athan Tashobya

Rwanda has been ranked second by the 2018 Gallup Global Law and Order report. Gallup's Law and Order Index gauges people's sense of personal security and their personal experiences with crime and law enforcement. indicates that 83 per cent of Rwandan residents have confidence in the local police force.

The 2018 Gallup Global Law and Order report has ranked Rwanda second in Africa.

Gallup's Law and Order Index which gauges people's sense of personal security and their personal experiences with crime and law enforcement indicates that 83 per cent of Rwandan residents have confidence in the local police force and that feel safe walking alone at night.

In Africa, Egypt tops the chart followed by Rwanda and Mauritius. Globally, Singapore tops the global rankings at 97 per cent followed by Norway, Iceland and Finland who tied at 93 per cent respectively. Rwanda came at 40 globally.

The countries scoring the best and the worst on the index remained unchanged from 2016.

Scores worldwide ranged from a high of 97 in Singapore to a low of 44 in Venezuela.

Responding to the index, Justice Minister Johnston Busingye told The New Times that for the last 18 years or so when the national police was established--the aim was to ensure the ultimate level in terms of keeping law and order in the country.

He said that from 1994, the government has been deliberate about the safety of its citizens and will continue to do so until the Gallup index can rank the country first in the world.

"We aim for the best situation for anybody on our territory. It is the assessment of these situations that find us where we are. Our ultimate target is to be number one to Rwandans and Rwandan residents.

"We are going for the top, we are not going to relax or become complacent. The most important part is to ensure that everyone on our territory finds peace and safety in our security, be it in the rule of law and in our security organs." Busingye said.

The 2018 Global Law and Order report presents the results from Gallup's latest measurements of people's answers to these questions based on more than 148,000 interviews with adults in 142 countries and areas in 2017.

"As in previous years, people in Latin America and the Caribbean are the least likely among all global regions to feel secure in their communities" the report reads in part.

Latin America and the Caribbean region scored a 62 on Gallup's Law and Order Index -- slightly worse than its score of 64 in 2016. While Residents of the U.S. and Canada, Southeast Asia, East Asia and Western Europe are the most likely to feel secure, with index scores of 85 or higher.

"More than two in every three people worldwide say they have confidence in their local police (69%) and feel safe walking alone at night where they live (68%).

One in eight (13%) say they had property stolen from them or another household member in the past year, and 5% say they were assaulted or mugged." Report further indicates.

Gallup compiles the "positive" responses to these four questions into a Law and Order Index score for each country. The higher the score, the higher the proportion of the population that reports feeling safe. The index score for the world in 2017 was 81 out of a possible 100. Eighty-six countries posted scores lower than this average.

"In only three countries were residents considerably more likely than Venezuelans to say they had been the victims of theft in the past year: Afghanistan (46%), Uganda (49%) and South Sudan (50%). Nearly one in four residents in Venezuela (23%) said they had been assaulted -- again one of the highest percentages throughout the world that year.