South Africa: 'It's the Beginning of War', Warn Traditional Leaders On Whoever Takes Land 'Forcefully' 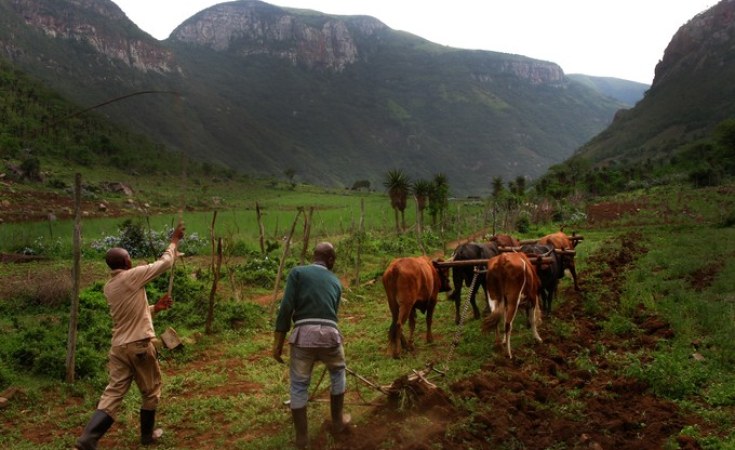 Traditional leaders say they are prepared to fight "whoever" tries to expropriate communal land that belongs to them.

They were speaking at a National House of Traditional Leaders (NHTL) press briefing in Durban on Thursday following their four-day lekgotla in the city.

Chief Mwelo Nonkonyana, chair of the Eastern Cape House of Traditional Leaders, said they were ready to defend communal land that "belonged to our forebears".

"It's the beginning of war, I'll fight whoever comes and takes it forcefully," he said.

Nonkonyana said they would love for President Cyril Ramaphosa to state his stance on the communal land issue before the 2019 elections.

Their concerns come after last year's report by a high-level panel, led by former president Kgalema Motlanthle, that found that too many South Africans, in rural and urban areas, had insecure tenure to the property that they occupy.

The panel also recommended that the Ingonyama Trust Act be repealed or amended and that the trust itself be dissolved.

The panel was established to undertake an assessment of key legislation and the acceleration of fundamental change.

Nonkonyana said that the king had called an imbizo on July 4 where the land matter would be discussed further.

He accused some members of the panel of being against traditional leadership.

He said the panel's consultation process was "clearly flawed".

"They didn't consult the traditional council. They also should have consulted the National House of Traditional Leaders, but they didn't," he said, adding that no one on the panel had expertise on communal land.

He said the panel also did not consult the Ingonyama Trust board and traditional leaders in KwaZulu-Natal. Nonkonyana said the panel's recommendations on communal land were "predetermined".

Chair of National House of Traditional Leaders Inkosi Sipho Mahlangu accused the panel of using views of "funded structures" in its report.

Mahlangu said the consultative meetings between the panel and the communities were "normally" held in towns and city halls where village people could not attend.

Call for amendment of chapter 7, 12 of Constitution

"Our people were not there as they couldn't bus themselves to those meetings. Our people are happy with our arrangements on communal land," he said.

Mahlangu said the traditional leaders supported the call by government to expropriate the land that was taken from their people.

A Joint Constitutional Review Committee has been established to review section 25 of the Constitution, which deals with the right of property ownership. It is currently holding public hearings across the country.

"The issue of section 25 had risen after the issue pertaining to powers and functions of traditional leadership in the country had risen. Hence our view is that that those chapters of the Constitution should also be amended before the elections in 2019," he said.

Mahlangu concluded that title deeds in communal land would bring about poverty.

He said banks would have "a strangle hold" on poor villagers who would fail to pay back loans they had taken to build their homes on communal land.

"We don't think that our land should be subjected to banks. But we will engage the banking council so that they see our form of ownership (in communal land) as a secure ownership system," he said.

Land - the People Speak - Hearings in Limpopo, Northern Cape Draw to a Close

Black Farmers Can Be as Good as White Farmers, Land Hearing Told
Tagged:
Copyright © 2018 News24Wire. All rights reserved. Distributed by AllAfrica Global Media (allAfrica.com). To contact the copyright holder directly for corrections — or for permission to republish or make other authorized use of this material, click here.