East Africa: What Peace Between Eritrea and Ethiopia Will Mean for the Horn of Africa 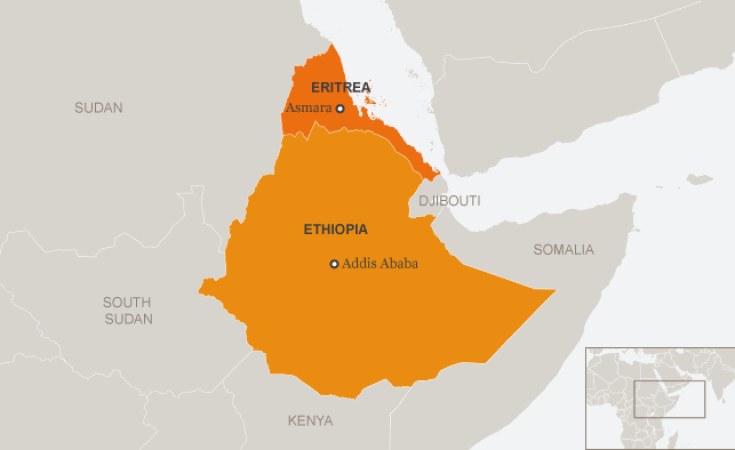 No one saw it coming, but a lasting peace deal may have finally arrived for Ethiopia and its longtime sparring partner, Eritrea. The two countries, which share a common culture, language, and history, have been at odds for years.

The conflict came to a head in May 1998 when the two countries went to war over the border town of Badme. Both wanted it on their side of the border. A peace deal - the Algiers Peace Accord - was signed by both parties after two years, but neither side complied with it for the next 16 years.

But there's light at the end of the tunnel. Ethiopia's new premier Abiy Ahmed has promised to fully comply with the accord. This means he's willing to end hostilities between the two countries, and to pave the way for peace.

Ahmed has also promised to accept the outcome of a 2002 border commission ruling, which awarded disputed territories, including the town of Badme, to Eritrea.

On Eritrea's part, the country's President Isaias Afewerki recently announced that he's ready to talk peace with Ethiopia. An Eritrean delegation has since landed in Ethiopia for talks. And the welcome ceremony for the three-member Eritrean delegation indicated how much Ethiopia wanted to end the current status quo of animosity.

By accepting Ahmed's olive branch, Afewerki showed his readiness to engage in a conflict resolution process that could potentially end the most damaging inter-state conflict in the Horn of Africa's contemporary history.

Soon after his announcement, Eritrea's anti-Ethiopian rebels (known as the Ginbot Seven) declared their readiness to end armed struggle with Ethiopia.

If the conflict resolution process succeeds it will signal new hope for the entire region. A lasting peace between Ethiopia and Eritrea will provide much needed stability in the Horn of Africa where competing global political dynamics are often at play.

The two ruling parties enjoyed a promising honeymoon period in the transitional years after Mengistu's ouster. Ethiopia used Eritrea's Red Sea Port for its import-export trade. Eritrea's government continued to use Ethiopia's currency, the Birr. But it wasn't long before the regime in Ethiopia started questioning the Eritrean regime over a series of its fiscal and political policies.

Relations began to sour and quickly deteriorated to the point of war which first broke out in May 1998. Because their shared border had never been demarcated Eritrea laid claim to, and invaded Badme. The invasion developed into full blown conflict, claiming the lives of hundreds of thousands soldiers from both sides.

It was disastrous for both sides. Meles Zenawi, then Ethiopia's premier, and President Afewerki oversaw the destruction of two struggling economies. They also created a humanitarian crisis in the region. Both nations engaged in regional proxy wars, most notably in Somalia. And both countries hosted anti-regime rebel forces from the other side.

Former Ethiopian Prime Minister Hailemariam Desalegn, who ruled from 2012 to early 2018, was unable to engage meaningfully with Eritrea for a variety of reasons including stiff resistance from the old guard among political elites and lack of response from Eritrea. This impasse led to a stalemate between the two countries which became known as "no war and no peace".

But Ethiopia's new premier is showing stronger resolve by promising to enforce the Algiers Peace Accord, and accepting the boundary commission's decision on the Ethiopia/Eritrea border demarcation. Luckily for Abiy, Afewerki has responded positively.

Peace and economic stability in the Horn

The conflict between Ethiopia and Eritrea has had a destabilising influence on the Horn. One point of contention has been Ethiopia's military presence in Somalia. Backed by the West, the country's military is supporting the Somali government to fight Al-Shabaab. Eritrea has criticised this intervention claiming that Ethiopia's presence in Somalia is doing more harm than good.

For its part, Ethiopia has accused Eritrea of supporting the terrorists. Over the years, this proxy war between the two countries has had the potential to spark regional conflict.

The conflict between Ethiopia and Eritrea also spilled over into neighbouring Djibouti. Djibouti, which is one of Ethiopia's main economic allies, has been engaged in a war with Eritrea over a disputed border at Dumeira Mountain and Dumeira Island, which are claimed by both countries. The area is one of the world's busiest shipping routes and has long been recognised as being a part of Djibouti.

Ultimately, the prospect of peace between Ethiopia and Eritrea is likely to have a calming effect on the Horn. If stability is achieved, Ethiopia - a country with an estimated population of over 100 million - could realise its potential as a regional economic and military power. This is political capital that it could use to transform the region into a united economic powerhouse.

Regional efforts to integrate economically have already started with the governments of Ethiopia and Djibouti's leading the charge. And Prime Minister Ahmed has also reached an agreement with Kenya to partner on port development projects. The premier has also signed port development and economic agreements with Somaliland. Similar agreements have been reached with Somalia.

In the same vein, Eritrea also has an opportunity to rehabilitate its economy by reviving its ties with Ethiopia. 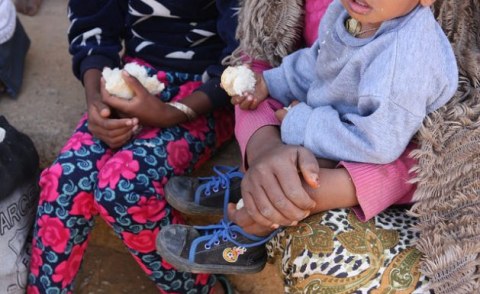 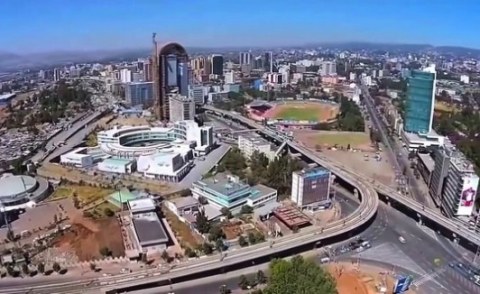 Ethiopia, Eritrea Leaders Meet in Asmara
Tagged:
Copyright © 2018 The Conversation. All rights reserved. Distributed by AllAfrica Global Media (allAfrica.com). To contact the copyright holder directly for corrections — or for permission to republish or make other authorized use of this material, click here.