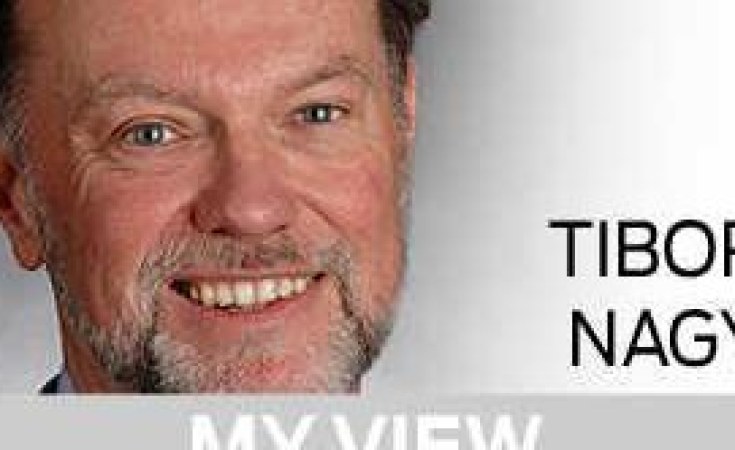 Washngton, DC — Mr. Chairman, Ranking Member, and members of the Committee, I’m honored to appear before you as President Trump’s nominee to be Assistant Secretary of State for African Affairs. I am grateful to the President and Secretary of State for their confidence in me. If confirmed, I very much look forward to working with Congress, and especially this Committee, to promote America’s interests in Africa.

This nomination is especially meaningful to me since I started life in America as a political refugee, having slipped out of Communist Hungary with my father just steps ahead of the secret police who were going to arrest and execute him for having fought against the Soviets during our brief 1956 revolution. America not only generously opened its doors to us, but also provided us the same opportunities available to native born citizens. He went on to serve the US many years overseas in international development, while I had an opportunity to become a US diplomat and represent my new country abroad. When I met diplomatic colleagues from other nations, especially after I became a US Ambassador, they were often stupefied that America would allow non-native born citizens to achieve the rank of Ambassador -- in their countries that could never happen. I always assured them that when someone becomes an “American” through naturalization, their citizenship is just as real as being born here. America has blessed my family in so many ways – I am beyond grateful that I can serve her in return.

My nearly half-century professional and personal association with Africa began in 1979 when I was assigned as a first tour officer to Lusaka, Zambia – a city I had never heard of, on a Continent I knew little about – to the most junior of positions at a US Embassy.

That posting gave me a tremendous appreciation for Africa, and its people, and I went on to complete eight tours in Africa – including two as US Ambassador, and three as Deputy Chief of Mission – in some of the most challenging environments possible. After retiring in 2003, I joined academia and continued Africa-related work by teaching about it, writing about it, and making multiple trips to the Continent to promote ties between US and African universities. In 2016, I was briefly called back to take charge of the US Embassy in Nigeria, and that experience reawakened my intense desire to again help promote US interests on the Continent.

Since the last time I appeared before this committee nearly twenty years ago, Africa has changed dramatically -- mostly for the better. Data points indicate improvements in overall levels of development, education (especially for girls), health, governance and economic well-being. These improvements have been matched by dramatic declines in poverty, HIV/AIDS infections, corruption, and instability. Credit goes to the generosity of the American people and US policies for much of that progress – including bipartisan programs such as AGOA and PEPFAR, which continue to significantly help Africa.

At the same time, Mr. Chairman, some of Africa’s problems remain unchanged, or have worsened. Terrorism and violent extremism have increased in scope and intensity. Some African leaders are perpetuating their rule through constitutional manipulation and increased repression. The most tragic case is South Sudan – born in ebullience in 2011 but since descended into ethnic warfare due to its uncaring leaders. And there is China – adversary, competitor, partner – or all three? One certainty is that the US will have to address China’s activities in Africa, especially since that country is offering itself as a more Africa-appropriate model for government and development.

Africa is at a historic crossroads, and the direction it takes will impact its future and the security and well-being of the rest of the world. Projections are that by 2050 Africa’s population will double – to 2.5 billion people, with 70% under 30. Nigeria alone will surpass the US with 350 million people, and most of this growth will take place in Nigeria’s North, its most impoverished region. Yet young Africans will have similar life ambitions to young people everywhere. If their dreams are frustrated by conflict, misrule, or lack of opportunities, the results will be catastrophic. If, on the other hand, they encounter positive prospects and good governance, Africa’s youth will be a dynamic force for global progress and prosperity.

Mr. Chairman, the US is well-placed to benefit from the second scenario. A well- governed, stable Africa, providing opportunities to its people and welcoming US businesses as partners in development, is achievable. I saw this first-hand when I met in Abuja with some returning participants in the Young African Leaders Initiative, and when I worked with another group last Summer at Texas Tech University. They were some of the brightest and most impressive young people I have met anywhere – and very favorably disposed toward our country and our principles. They are the future of Africa, not the corrupt dinosaurs who want to stay Presidents for Life immaterial of the harm they cause their own people.  If confirmed, I look forward to working with the Committee to promote the types of US policies which can help bring that about.