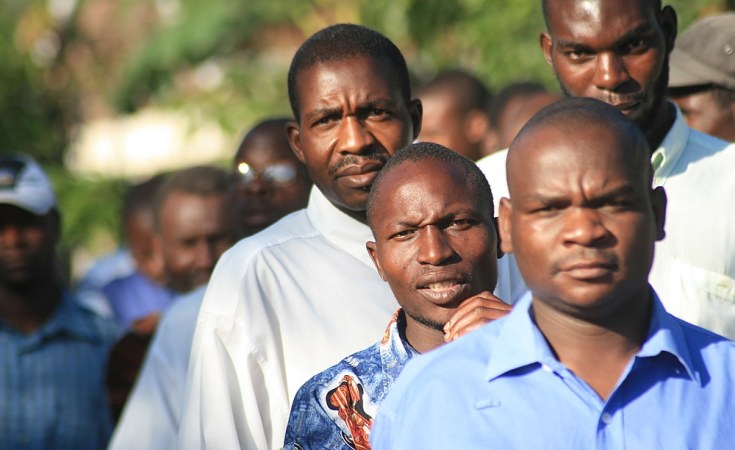 IRIN
Six months after the first round of voting in Zimbabwe's elections, a new government has still to be formed.
The Herald (Harare)
By Felex Share

The United States (US) has suspended funding to several civil society organisations after investigations exposed non-compliance with set principles and gross abuse of funds meant to oil regime change manoeuvres in the country ahead of the July 30 harmonised elections, The Herald can reveal.

The quasi-political civil society organisations, who work as appendages of opposition political parties, have been ditched as the election campaign enters the homestretch amid reports donors were miffed by the abuse of funds

The US, through its US Agency for International Development (USAID), has since written to the non-governmental organisations stating it had stopped funding them.

"They (USAID) have communicated with us in terms of not moving ahead," he said.

"We have received communication that they are not continuing to fund us. The principles that we have as an organisation are that when we are looking for funding, signing grants or when the grant is cut, we do not discuss it in the Press.

"However, I don't think that is very correct to say we have abused any funds. We have not abused any donor funds. You have raised issues of non-compliance, but it does not mean abuse of funds. It means you might have submitted reports late, made false reports or abused their facilities."

He added: "If we had abused any funds they could have pointed it out. The relationship we have with USAID is intact and we will continue to be partners with or without the grant."

"They wrote us a letter like that, saying they were cutting aid to us," he said.

Mr Maanda said they had complied with all set requirements.

"From ERC we don't know where we have not been complying with the grant requirement and are engaging them," he said.

"We are also yet to find the basis of their decision and we are requesting that they furnish us with the basis thereof. We are going to wait and we will take it from there, but we do not yet see where we have fallen short of the grant requirement."

The funding cut is a departure from the previous practice that saw Western governments escalate their funding of dubious opposition projects in a bid to abet the regime change agenda.

Between 2011 and 2013, the USAID poured more than $850 million in the NGO sector, but dumped the civil society organisations after opposition parties lost resoundingly to Zanu-PF in 2013.

Most of the money was abused by project coordinators and managers, some marrying many wives, gallivanting in high seas and buying luxurious cars and houses.

The story is the same this time, with some coordinators said to have completed building their houses a few months ago.

Impeccable sources said the USAID had carried out investigations since last year before arriving at the decision to cut the funding.

The investigations showed gross embezzlement of the funds.

Sources said with elections due in a few days, the affected organisations "were now everywhere" looking for emergency funding.

"After receiving communication, they turned to several organisations asking for emergency funding without success," said one source.

"The US embassy has said enough is enough and the investigations that uncovered the non-compliance and abuse of resources started last year and have nothing to do with the new government. The NGO managers now no longer have any source to finance their lifestyles."

Another source said: "In some cases, cars were last week taken back by the USAID. The irony of this is that the core values of these organisations include transparency and they are calling for transparency from the Zimbabwe Electoral Commission at a time they are failing the test themselves."

The source said the future of the NGOs was in limbo as more than 50 percent of their salaries came from USAID.

Efforts to get comment from the US embassy were fruitless at the time of going to press.

What Should We Expect From Zimbabwe's Elections?
Tagged:
Copyright © 2018 The Herald. All rights reserved. Distributed by AllAfrica Global Media (allAfrica.com). To contact the copyright holder directly for corrections — or for permission to republish or make other authorized use of this material, click here.