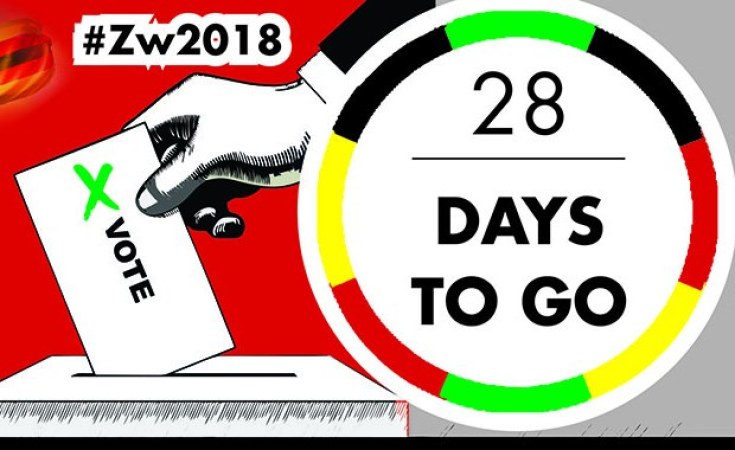 Photo: The Herald
...
The Herald (Harare)

The Zimbabwe Electoral Commission (ZEC) will today start training constituency election officers who will chair multi-party liaison committee meetings in constituencies to ensure a peaceful environment before, during and after the July 30 harmonised elections.

ZEC established multi-party liaison committees to allow for consultation and cooperation between the commission and political parties on all electoral matters to deliver credible, free and fair elections. The committees will also deal with disputes that may arise during the electoral process.

He said the multi-party liaison committee meetings will go a long way in equipping candidates with conflict management tools and promote political tolerance.

"The constituency election officers will go through training from Monday to Wednesday before they chair the multi-party liaison committee meetings to be held in the constituencies," said Mr Ndlovu.

"It's important for them to be trained so that they know how to address candidates and political parties on different issues pertaining to elections."

Mr Moyo said the officers will be emphasising on the need for all parties involved to uphold peace during election time and adhere to the electoral code of conduct.

ZEC, in partnership with the police, last week also held multi-party liaison provincial meetings for Matabeleland North and Bulawayo, which were chaired by provincial election officers.

Addressing the Matabeleland North National Assembly candidates in Bulawayo on Friday, Mr Ndlovu urged them to tolerate each other as they debate, campaign and prepare for the elections.

"Let's respect each other's opinions and choices and avoid derogating other players in the political field," he said.

"I'm happy that we're moving together as different stakeholders and our journey has been good so far.

"I hope that there will be no contesting of results because we all appreciate the fact that some people will win while some lose."

"We're appealing to everyone to refrain from all forms of violence," he said. "We want every party to carry out their campaigns peacefully. We don't want to waste our time making unnecessary follow ups on cases that would have been avoided."

Snr Asst Comm Chituku said police will not hesitate to arrest individuals or political groups who engage in violence.

Mr Ndlovu and Snr Asst Comm Chituku unpacked the electoral code of conduct to the candidates, emphasising on the need for all parties to respect it.

He said all political parties should make sure that their members and supporters are familiar with the code and comply with its terms.

The purpose of the code of conduct, which all candidates signed when they submitted their nomination papers, is to promote conducive conditions to free and fair elections and a climate of tolerance in which elections campaigns take place without fear or coercion, intimidation or reprisals.

Previous Story
Tensions Simmer As Crunch Vote Nears
Next Story
What Can We Learn From 2013 Election Ahead of the 2018 Poll?

Chamisa Meets Mugabe, Accepts U.S.$2 Million Donation - Reports
Tagged:
Copyright © 2018 The Herald. All rights reserved. Distributed by AllAfrica Global Media (allAfrica.com). To contact the copyright holder directly for corrections — or for permission to republish or make other authorized use of this material, click here.