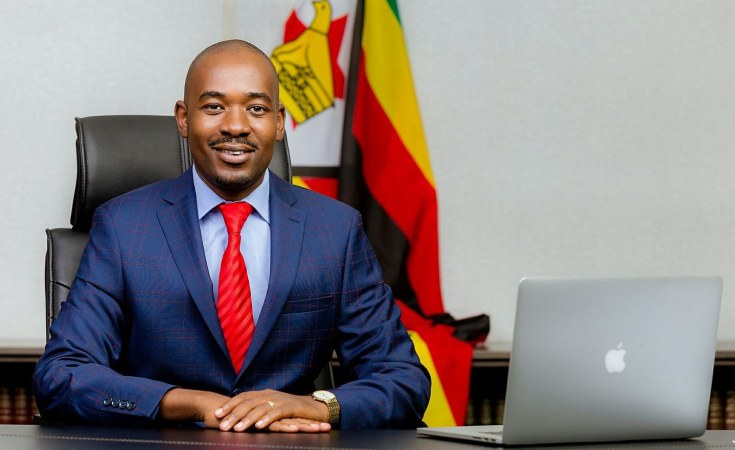 There were reports yesterday that MDC Alliance leader Mr Nelson Chamisa met former president Mr Robert Mugabe and his wife Grace last Friday in Dubai, the United Arab Emirates, where they agreed on a 20-member Cabinet team if he wins the elections on July 30.

Mr Mugabe continues to involve himself in politics even though he resigned last November following Operation Restore Legacy.

Mr Chamisa boasted over the weekend at a rally in Mvurwi in Mashonaland Central Province that he was confident of getting at least one vote from Mr Mugabe even if the whole country decided not to vote for him in the harmonised elec- tions.

Sources close to the development said Mr Chamisa met Mr Mugabe in Dubai after the former head of State flew from Singapore where he is reportedly receiving treatment for an undisclosed ailment.

It is also understood that Mr Mugabe pledged $2 million for Mr Chamisa's campaign.

According to the proposed Cabinet list, Mrs Mugabe would be appointed Vice President.

Dr Bhekitemba Mpofu would be the co-Vice President in a Cabinet constituted by former G40 cabals.

Professor Jonathan Moyo, who fled the country last November, is earmarked for the Foreign Affairs portfolio.

Mr Zhuwao has been given the Ministry of Water and Environment, with Mrs Eunice Sandi-Moyo, another G40 cabalist, assuming the Ministry of Devolution and Local Government.

Ms Sarah Mahoka was tipped to become Minister of Women and Youth Affairs, while NPF spokesperson Mr Jealousy Mawarire, becomes the Minister of Publicity and Information.

Other portfolios were set aside for members of the Chamisa camp, with Mr Tendai Biti becoming the Minister of Justice.

"People are clutching at straws," he said. "I have seen the list with some people whom we do not even know. The next thing that they will say is that Chamisa met an angel.

"It is nowhere near the truth. The point is that we will accept every vote even from (President) Mnangagwa. We know that Chamisa is going to win this election."

Mr Chamisa, who has business links with the Mugabes, appeared to confirm the reports over the weekend while addressing party supporters at Mvurwi Stadium in Mazowe North.

"I laughed when I heard that Mugabe said he will vote for me," he said. "I cannot refuse a vote. I know that even if you refuse to vote for me, I have one vote from Mugabe."

By the time Mr Mugabe resigned, his wife Grace had become the de facto president with the assistance of Prof Moyo, Mr Zhuwao and Mr Saviour Kasukuwere.

Zimbabweans Hope For the Best, But Expect the Worst
Tagged:
Copyright © 2018 The Herald. All rights reserved. Distributed by AllAfrica Global Media (allAfrica.com). To contact the copyright holder directly for corrections — or for permission to republish or make other authorized use of this material, click here.