Africa: What Are Businesses Doing to Turn Off the Plastic Tap? 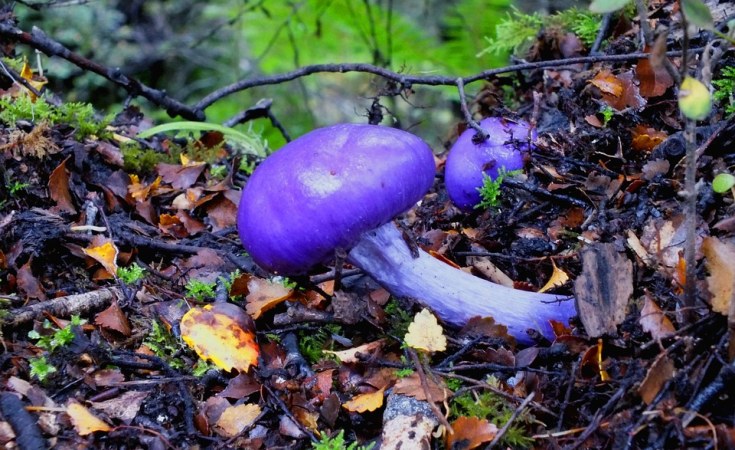 Faced with the undeniable consequences of a toxic tide of plastic, people around the world are rejecting single-use plastics and pledging to live more sustainably. Governments are acting too: More than 50 countries have signed up to the UN Environment Clean Seas campaign, making this the largest global compact for fighting marine litter.

Businesses cannot afford to ignore the public outcry and many industries are drawing up plans to phase out single-use plastics, use more recycled plastic in their packaging and work on more effective recycling.

The pressure is not just coming from consumers. Bloomberg reported in June that a group of 25 investors, managing more than $1 trillion in assets, were demanding that Nestlé, PepsiCo, Procter & Gamble and Unilever reduce their use of plastic packaging. The demand, backed by the non-profit As You Sow, asked the companies to disclose annual plastic packaging use, set reduction goals, facilitate recycling and transition to recyclable, reusable or compostable packaging as much as possible.

The urgency is undeniable: humans have produced around 8.3 billion tonnes of plastic since the 1950s and that figure is predicted to rise to around 34 billion tonnes by 2050. Plastic production is forecast to grow 40 per cent in the next decade with fossil fuel companies investing billions of dollars to build new generation plastic-making factories in the United States.

Companies that use plastics clearly have a pivotal role to play in changing this unsustainable dynamic. The consumer goods industry is particularly aware that customers are already voting with their feet, shunning companies that do not stem their use of throwaway plastic.

With the economic rationale for inaction declining, the hope is this new reality could spark innovation and opportunity. Already many large and small firms are making changes. Here are just a few examples:

In April, Swiss food giant Nestlé pledged to make all its plastic packaging 100 per cent recyclable or reusable by 2025. It wants to encourage the use of plastics that allow better recycling rates and eliminate or change the complex combinations of plastic that make recycling so difficult.

Rival Unilever has also pledged to ensure that all of its plastic packaging is fully reusable, recyclable or compostable by 2025. Unilever is also endorsing the Ellen MacArthur Foundation's New Plastic Economy Initiative and aims to publish the full palette of the plastic materials used in its packaging by 2020 to help create a protocol for the industry.

Around World Environment Day, Volvo said at least 25 per cent of plastics used in its new car models from 2025 will be made from recycled materials.

Drinks giant Coca-Cola, which uses around 120 billion bottles a year, launched its World Without Waste campaign in January, saying it would recycle a used bottle or can for every new one sold by 2030. It has also pledged to increase the amount of recycled content in plastic bottles to 50 per cent by 2030, and is experimenting with different collection techniques for recycling its products, including backing government and industry efforts.

McDonald's has said it will make all its packaging from renewable and recyclable sources by 2025.

Dell aims to make its packaging 100 per cent waste-free by 2020, using materials from sustainable sources. It already uses recycled ocean plastics as well as other sustainable materials such as bamboo. It wants all packaging to be ultimately suitable for home composting or household collection.

Danone's Evian will make all its plastic bottles from recycled plastic by 2025.

British grocer Iceland has promised to eliminate plastic packaging from its own-brand products by the end of 2023.

Procter & Gamble, which makes Head & Shoulders shampoo, produced the first recyclable shampoo bottle, made with up to 25 per cent of recycled beach plastic last year. It has pledged to make all its packaging recyclable or reusable by 2030. Its washing up brand, Fairy Liquid, has already produced a new plastic bottle, made with 100 percent recycled plastic, including 10 percent ocean plastic. The bottles were developed in partnership with TerraCycle.

Swedish furniture chain IKEA has pledged to phase out single-use plastic products from its stores and restaurants by 2020. The firm says it is committed to phasing out oil-based plastics and ensuring that all its plastic products are made using recycled materials.

In Britain, the UK Plastics Pact seeks to harness to harness this awareness of the need for change. Around 60 companies, including Coca-Cola, Pepsi, P&G, Unilever and Nestlé, have signed up to the pact, which includes targets to eliminate problematic or unnecessary single-use plastic packaging through redesign, innovation or alternative delivery models, and ensure that 70 per cent of plastic packaging is effectively recycled or composted.

Working with the Ellen MacArthur Foundation, sustainability organisation WRAP launched the pact in April, hoping to create momentum towards a systemic change in the way we use plastic.

"The pact is about making packaging simpler and designed for the end of life as well as for life, and reducing the amount of unnecessary plastic," said Peter Skelton, WRAP's lead on the pact.

"It's also about making sure we keep that material going round and round in the economy, displacing virgin plastic and keeping it out of the oceans. It's not just about recycling because that is the shorter-term solution but we need bold, new business models."

Skelton says WRAP is committed to monitoring progress on the pact.

"We are very focused on showing really tangible, quick wins and backing that up with quantified reporting. We can't have something that is just a pledge and no action."

Some activists argue that because recycling targets tend to be voluntary, legislation is needed to compel businesses to use plastics more sustainably. Skelton says legislation is an important part of the puzzle, and government support can be a powerful tool, but it is not the ultimate solution.

"We are seeing a lot of people questioning what they are doing with their plastic strategy and businesses are really stepping up to the plate. It may cost them more to move out of some of the cheaper, less recyclable polymers, like PVC and polystyrene, but they are under so much pressure from their stakeholders, their shareholders, consumers and NGOS that they just want to know what the good solution is. They don't need more pressure in terms of legislation because they see that plastics are under threat."

Another way governments could help harness this corporate awareness would be to offer financial incentives to companies exploring alternatives to plastic. These could include tax rebates, research and development funds, technology incubation, public-private partnerships and support to projects that recycle single-use items and turn waste into a resource.

It's all about encouraging businesses to innovate.

In a recent report, UN Environment examined the potential of replacing conventional plastics with a range of natural material, such as paper, cotton, wood, algae and fungi, and alternative technologies, such as new generation bio-polymers made from biomass sources. It also spotlighted companies, from multinationals to start-ups, that are innovating in this field.

For example, a company based in New York has developed compostable packaging using waste organic material and fungal mycelium. The packaging can be shaped and has been used for shipping high value goods, including Dell computers.

The UN report concluded that corporations must include sustainability in their business models, sometimes taking their lead from local communities to find available plant and animal alternatives to some plastics. Innovation and entrepreneurship were critical, it said.

Surely, this is precisely the domain where the world's leading companies should shine. The gauntlet has been flung down. It is up to businesses now to pick it up, and the stakes are high for everyone.

"If we don't improve the system in the next couple of years, there will a lot of backlash with potentially unintended consequences, such as people moving away from plastics," said Skelton.

"We need to seize the moment, we need to harness the interest and enthusiasm to act." 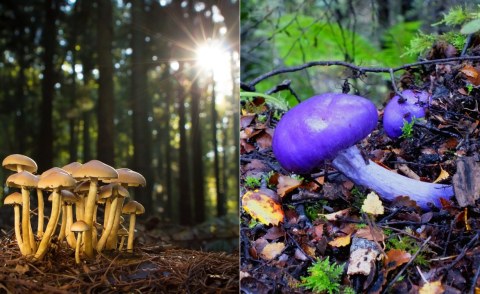 Fungi Have Sex - Here's How, and Why It Matters

Nigeria Gets Tough on Plastics
Tagged:
Copyright © 2018 United Nations Environment Program. All rights reserved. Distributed by AllAfrica Global Media (allAfrica.com). To contact the copyright holder directly for corrections — or for permission to republish or make other authorized use of this material, click here.