African Migration - Who's Thinking of Going Where?

RESOURCE: Where Africans Would Rather Live, and Why...
Afrobarometer (Accra)
analysis

It is well established that young people constitute the majority of those who risk their lives on migratory routes from Sub-Saharan Africa towards Europe. But there are important differences by country that may inform more targeted policy responses. Afrobarometer’s Josephine Appiah-Nyamekye and Edem Selormey present the preliminary findings of the current round of nationally representative surveys relating to migration aspirations.

Despite the danger of dying of thirst in the Sahara desert, drowning in the Mediterranean, or being sold as slaves in Libya, many Africans are willing to risk their lives in search of greener pastures.

Face-to-face interviews with thousands of Africans confirm this basic news-media narrative, as well as the perception that this gamble is particularly appealing to young and well-educated Africans looking for jobs and fleeing poverty. But they also point to important differences by country, including potential migrants’ preferred destinations, that can inform targeted policy responses.

Afrobarometer’s current round of nationally representative surveys (to be completed by mid-2018) explores migration intentions and drivers in 35 African countries.

Initial data from nine countries – Ghana, Benin, Côte d’Ivoire, Kenya, Malawi, Uganda, Mali, Zambia, and Zimbabwe – show that on average, one-third of respondents have considered emigrating, including 16% who have given it “a lot” of thought. The proclivity to emigrate is highest in Malawi (where 28% say they have thought “a lot” about leaving), Zimbabwe (22%), Benin (20%), and Ghana (20%). It is lowest in Mali, where eight in 10 respondents (80%) say they have not considered emigrating at all.

Among potential emigrants, two groups that are critical to African countries’ economic future are overrepresented – the young and the educated.

Africa has the youngest population in the world (according to the United Nations), but many young people are considering seeking their fortunes elsewhere. In each of the nine surveyed countries, younger respondents are more likely to have considered emigrating. One-fourth or more of 18- to 35-year-olds in Malawi (32%), Ghana (26%), and Benin (25%) say they have given “a lot” of thought to leaving their home countries.

Similarly, educated respondents are more likely than their less-educated counterparts to consider emigrating. On average across the nine surveyed countries, one in four respondents with post-secondary qualifications (25%) say they have thought “a lot” about emigrating, compared to 20% of those with a secondary education, 13% with a primary education, and 8% without any formal education. The proportions are particularly large among post-secondary graduates in Malawi (40%) and Zimbabwe (32%) – two countries marked by high lived poverty and unemployment, and particularly vulnerable to the pernicious effects of brain drain as trained health-care workers, engineers, and other vital human resources opt for better opportunities abroad.

Given Africa’s high rates of poverty and unemployment, especially youth unemployment, it is hardly surprising that potential emigrants say they are motivated mainly by a desire to find a job (43%) and to escape economic hardship/poverty (33%).

This is consistent with Africans’ perceptions of unemployment as their countries’ most important problem requiring government attention – a problem that is pushing energetic young human resources out of their home countries.

But sadly, for many emigrants, a journey of hope often ends in despair or death; reports of hundreds of African emigrants captured, subjected to inhumane treatment, sometimes even sold as slaves sparked global outrage and became a key issue on the agenda of the November 2017 African Union-European Union Summit and a joint AU-EU-UN task force created to address the crisis.

While the drivers of potential emigration are fairly consistent across countries, preferred destinations vary greatly. On average, although half (51%) of potential emigrants want to leave the continent, almost as many would prefer to go to another country within the same region (37%) or to another African country (10%). Among locations outside Africa, Europe (20%) and North America (19%) are the preferred destinations.

Another country in the same region is by far the most popular destination for potential emigrants in Malawi (71%), Zimbabwe (67%), Zambia (48%), and Benin (48%), but Europe and North America dominate emigration dreams in Côte d’Ivoire (45% and 28%, respectively) and Ghana (31% and 39%) – even if immigration barriers mean that only a fraction of these dreams are likely to be realized.

Migration tends to be economically beneficial for both countries of origin and receiving countries.

Many industrial countries need migrants – who often provide relatively cheap labour –  to work in sectors such as information technology, health services, agriculture, manufacturing, and construction. Countries of origin benefit from remittances, which total about three times the amount of foreign aid they receive.

Despite these advantages, many governments are currently reluctant to receive immigrants, especially lower-skilled economic migrants without a claim to a humanitarian status. While several opinion polls have reported that a majority of Americans think that undocumented immigrants in the United States should be given a chance to remain there legally, some citizens and politicians – in the political center as well as the right and far right –  argue that immigrants compete with them for jobs and resources.

Against this backdrop, developed countries have taken recent steps to control migration, including proposing tighter rules on immigration in the United States and establishing the European Union Trust Fund to help curb extra-continental emigration from Africa.

For African leaders, the major challenge in preventing the depletion of human resources clearly lies in prioritizing the creation of thriving economies that generate jobs and improve the living conditions of young Africans. But more in-depth analysis of data from Afrobarometer and other sources may also point policy makers worldwide toward geographic and socio-demographic differences in drivers, destinations, and costs/benefits of migration that can help them align policies with realities in specific countries and regions. 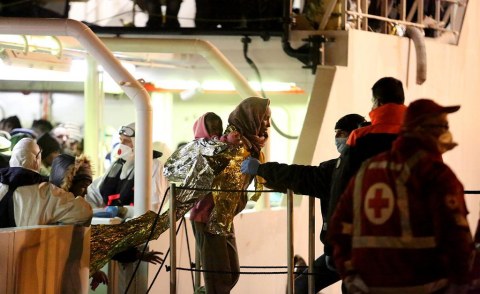 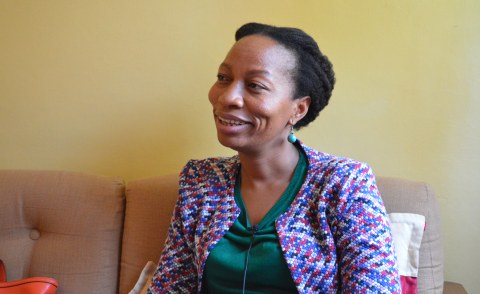 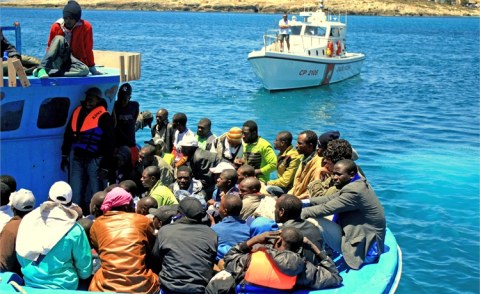 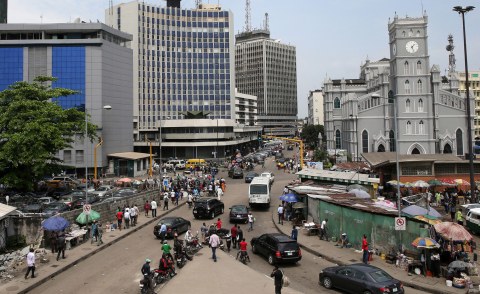 Why Nigerians Are Leaving Home
Tagged:
Copyright © 2018 Afrobarometer. All rights reserved. Distributed by AllAfrica Global Media (allAfrica.com). To contact the copyright holder directly for corrections — or for permission to republish or make other authorized use of this material, click here.