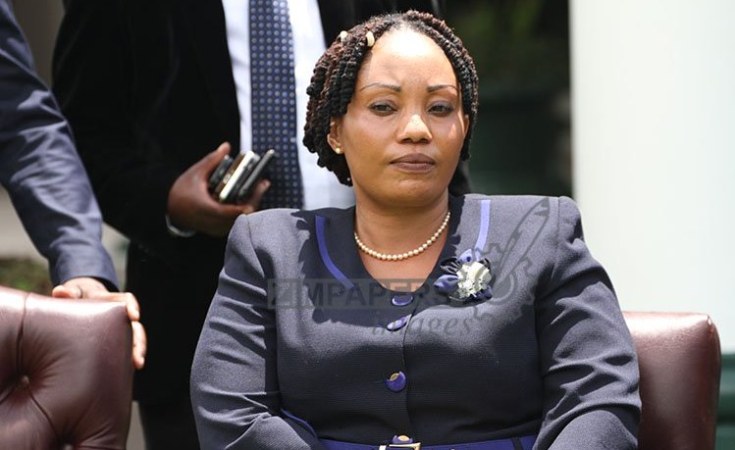 The Zimbabwe Electoral Commission (ZEC) yesterday dismissed claims by the MDC Alliance that the design of the ballot for the presidential candidates for the July 30 elections favours the incumbent, President Mnangagwa. In a statement yesterday, ZEC chairperson Justice Priscilla Chigumba also rapped some political parties, saying their demands to be close to the ballot printing machines in a high security area was an abuse of the right to transparency.

Justice Chigumba's statement followed complaints by MDC Alliance presidential candidate Mr Nelson Chamisa's chief election agent Mr Jameson Timba, who claimed that the design of the presidential ballot where President Mnangagwa is the first on the second column favoured him ahead of other candidates.

Addressing journalists at the party headquarters, Mr Timba alleged that they had failed to observe the printing process.

He claimed that they were left at a balcony 20 metres away from where printing was taking place.

Justice Chigumba said the Constitution empowered ZEC to have the sole responsibility on the designing, printing and distribution of the ballot paper.

"According to Section 239(g) of the Constitution, the designing and printing and distribution of ballot papers are the sole responsibility of ZEC," she said. "Anyone else other than ZEC demanding to be involved in these functions directly or indirectly is deemed by the commission as one attempting to usurp the powers and independence of the electoral management body.

"However, the Multi-Party Liaison Committee is currently tasked with building consensus around this area. To enhance transparency in the electioneering process, the law also compels the commission to publish the name of the ballot paper printer and the number of ballots printed. This will be done at the conclusion of the printing process."

Justice Chigumba dismissed claims by the MDC Alliance that over 400 people on the biometric voters' register shared the same residential address in Chitungwiza.

"After all, the right to reply is a tenet of responsible reporting. It should be noted that through the use of affidavits, a residential address can have many registered voters."

On accessing the printing process by political parties, Justice Chigumba said while there were no legal obligations compelling the election management body to invite stakeholders, they did so in the spirit of promoting transparency.

"However, the commission noted with concern demands by some political parties to get very close to the printing machines which are located in an area with high security documents belonging to other clients. The commission views such demands as an abuse of the right to transparency."

Mr Timba complained at the MDC Alliance press conference that the manner in which the presidential ballot was designed benefited Zanu-PF presidential candidate Cde Mnangagwa.

"We are made to understand that they have come up with a design specifically to benefit one candidate in the name of President Emmerson Mnangagwa," he said.

"They have looked at 23 candidates and have created two columns and number 1 up to 14 and number 15 starts at the second column.

"By designing and laying out the ballot that way, they are ensuring that (President) Mnangagwa, presidential candidate for Zanu-PF, becomes the number one candidate on the second column. This is obviously discriminatory. By approving such a design, ZEC has behaved in a biased manner that all Zimbabwean candidates sitting on that ballot are less important to (President) Emmerson Mnangagwa."

On postal voting, which closed on June 28, Justice Chigumba said they received 7 200 applications and were currently processing them.

"However, this does not mean that all the applications will be considered as some of them may not be on the voters' roll," she said.

Is Zimbabwe's Opposition Too Broke to Pay for TV Adverts?
Tagged:
Copyright © 2018 The Herald. All rights reserved. Distributed by AllAfrica Global Media (allAfrica.com). To contact the copyright holder directly for corrections — or for permission to republish or make other authorized use of this material, click here.