Africa: Outrage Over Zim Rugby Treatment in Tunisia - Players Forced to Sleep in the Streets After Being Detained 7-Hours At Airport 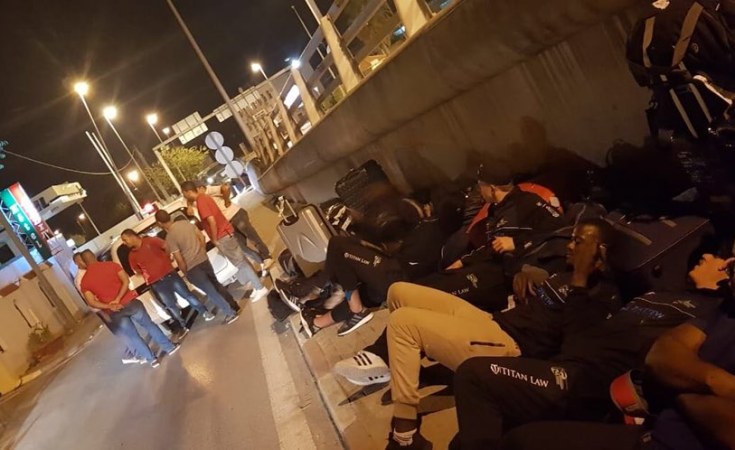 RUGBY Africa, the administrative body for rugby union on the continent has been forced to issue a public apology after Zimbabweans expressed outrage for the appalling treatment of the senior national rugby team by their Tunisian counterparts on Monday.

The Sables are in the North African country this week where they will be looking to get their qualifying campaign back on track after losing 45-36 to Kenya in a Rugby World Cup qualifier last weekend.

However, their preparations for the crucial encounter got off to a disastrous start after players and technical officials were Monday evening forced to sleep on the streets of Tunisia after being offered appalling accommodation by their hosts after their arrival for a 2019 Rugby World Cup qualifier on Saturday.

Images of Zimbabwe squad, coached by former Springbok boss Peter de Villiers, lying on the streets in Tunisia in protest over appalling accommodation offered by their hosts were circulating on social media yesterday triggering an outpouring of outrage from most Zimbabweans.

The Sables' hostile reception in Tunisia started soon after arriving in the country after being detained at the airport in Tunis for more than seven hours on Monday after their 13-hour journey from Kenya, via Dubai.

In the wake of the backlash, Rugby Africa (RA), who provide funding for accommodation and travel costs for touring teams issued an apology Tuesday and assured the Sports Ministry and Zimbabwe Rugby Union that the issue had now been resolved.

"Rugby Africa has been made aware of the difficulties encountered by the Zimbabwean Rugby team - the Sables - with regards to their accommodation in Tunisia, said RA.

"We would like to reassure the Zimbabwean Ministry of Sports, Zimbabwe Rugby Union, and all partners and fans that the situation was addressed immediately, and an acceptable solution has been found this morning. Tunisia Rugby Union took the Sables management to visit another hotel which was accepted.

"Rugby Africa and Tunisia Rugby Union would like to express their sincere apologies to the Sables team and management for this unfortunate situation. This does not reflect the standards of the Rugby Africa Gold Cup competition and we sincerely regret any prejudice caused."

Rugby Africa President Abdelaziz Bougja said: "our hosting agreements are signed by the six participating unions in the Rugby Africa Gold Cup and are very clear and strict in terms of accommodation standards.

"We rely on our unions to make sure the requirements are met, and it is unfortunate that it seemed not to be the case with this hotel in Tunisia.

"However, Tunisia Rugby Union has our trust, they are long term partners to Rugby Africa, hosting several matches and tournaments on our behalf every year, I know for a fact that hospitality matters to them and they have taken this issue very seriously and are rectifying it.

"Player welfare is at the heart of our preoccupations, so we are not taking this lightly. We wish both teams the best for Saturday's game."

Dismay at Rugby Team Players Sleep on the Streets in Tunisia 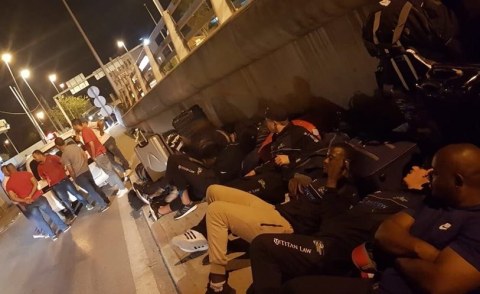 Zimbabwe Rugby Team Forced to Sleep On the Streets in Tunisia 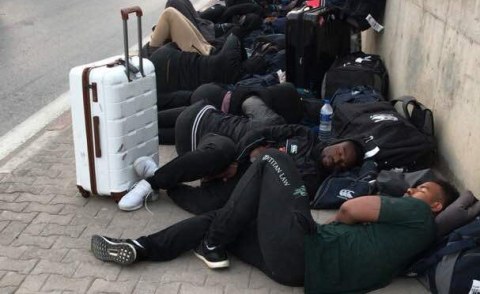 It Wasn't Us, It Was Them - Tunisians on Zimbabwe Rugby Team
Tagged:
Copyright © 2018 New Zimbabwe. All rights reserved. Distributed by AllAfrica Global Media (allAfrica.com). To contact the copyright holder directly for corrections — or for permission to republish or make other authorized use of this material, click here.