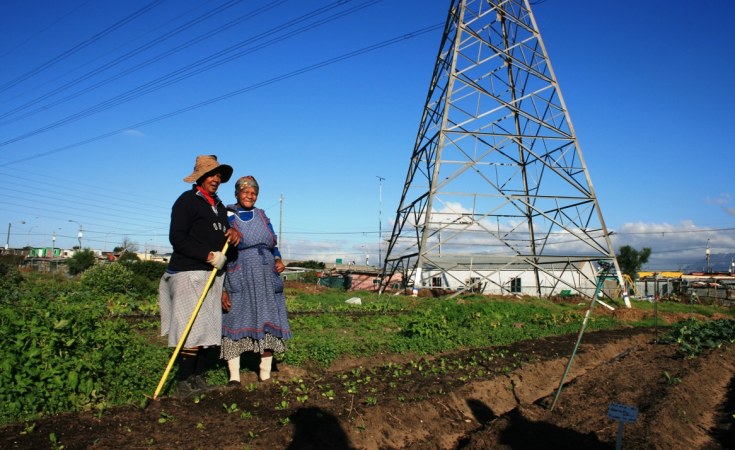 Black people can farm and make productive use of the land.

This was the message from several speakers at the Constitutional Review Committee's public hearing in Welkom on Tuesday on the amendment of the Constitution's property clause.

This, while a common theme among those opposing the amendment was that it would affect food security and that the land would not be productive.

"We never said we want to build shacks on the land," another speaker added. "Give us our land and watch us prosper."

He also said black people were educated and that they have worked the land.

"We have knowledge. We will survive," another speaker said.

Willie Prinsloo said he was a white farmer who trained black farmers. Two of the farmers he trained have been nominated for Grain SA's Farmer of the Year. He doesn't support expropriation without compensation.

"The problem with farming is that it is very capital intensive."

Without title deeds, farmers will not be able to obtain the large amounts of financing required, he said.

"We must take hands. We need to be very careful with what we are doing now," he said.

Most speakers supported the amendment of the Constitution and the general argument was based on the assertion that indigenous people were dispossessed of their land without compensation, impoverishing the people and destroying their culture and pride. Expropriation without compensation is viewed as a remedy to this.

There was also concern about some landowners owning several farms, which were not all in use, while most black people did not have access to land.

The general argument against amending the Constitution was that it would create economic chaos and threaten food security. It has also been suggested that it is not necessary to amend the Constitution to implement effective land reform.

In the morning, the support for or against the amendment of Section 25 went mostly along racial lines. Only one black person out of the first 20 speakers did not support an amendment, together with all the white speakers.

Later, a white woman received enthusiastic applause when she decried how unfair the current division of land ownership was and that she supported the amendment. Later, several more black speakers also spoke against the amendment.

Previous Story
Next Story
'We Are Not Against White People, but the Land Must Be Given to Black People'

'We Are Not Against White People, but the Land Must Be Given to Black People'