South Africa: Zulu King Prays Those Who Want to Take His Land 'Fight Even More' 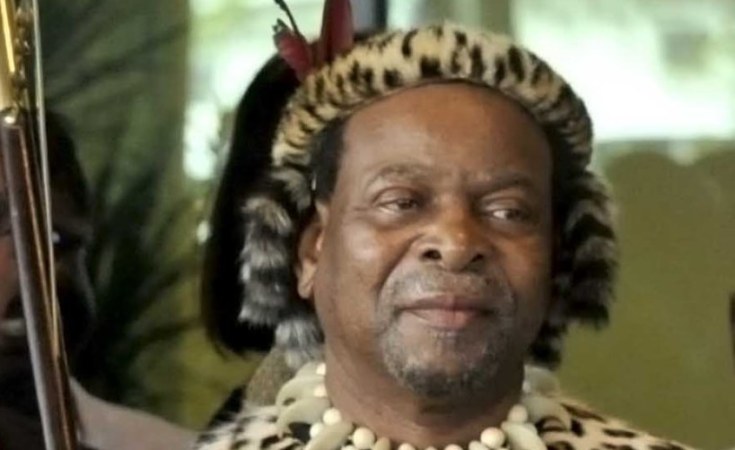 King Goodwill Zwelithini has taken a jibe at the ANC-led government saying that the expropriating of land administered by the Ingonyama Trust Act is tantamount to "spitting on our forebears".

Zwelithini was speaking at a special imbizo he had called in Ulundi on Wednesday, to discuss the way forward if the government expropriates the land administered by the Ingonyama Trust in the province.

According to its website, the trust's mandate is to hold land for "the benefit, material welfare and social well-being of the members of the tribes and communities" living on the land.

The land is divided according to clans under the leadership of traditional leaders who, in terms of customary law, are responsible to the king, who is the only trustee of the trust. The trust administers 2.8 million hectares of land on the trustee's behalf.

On Wednesday, Zwelithini took the opportunity to once again speak out against a recommendation that the trust be dissolved.

'They want to take away our land'

This was after a high-level panel, led by former president Kgalema Motlanthe, had recommended that the Ingonyama Trust Act be repealed or amended and that the trust itself be dissolved.

"The Ingonyana Trust is under attack. They want to take away our land. I pray for them to continue fight amongst each other even more. God must fight with those who are fighting against me," he said.

He said he was not scared of anyone who wanted to take away "his" land.

"I can defeat the enemy that want to take my land through the power of God," he said.

He suggested that the issue of the land administered by the trust was an "undercover war" that their forebears had also faced during the colonial era.

"It is now facing us. The war is now amongst us," he said.

He said expropriating "his" land was like "spitting on our forebears".

He warned the traditional leaders, Zulu warriors and the community who had come to the imbizo to beware of political parties who only liked them for their votes.

"To me, you are not the IFP, ANC, DA, and EFF, but you are Zulus. The land was not taken from you as political parties but as the Zulus," he said.

'Show them who your forefathers are'

The king also accused those who wanted to take "his land" of being hypocritical.

"They laugh with us in front of the world but when they meet, they plan to backstab us. Wake up and show your anger over your land. Show them who your forefathers are. They want to steal your land in broad daylight," he said.

He asked politicians not to forget that he respected them because of their positions and their political parties.

He said there was nothing more painful than being governed by "thieves who steal money under the pretext of helping the community through government projects."

He also expressed his dissatisfaction over the frequent calling of the Ingonyana Trust Board to answer questions in Parliament.

He asked the Portfolio Committee on Land Reform to "keep his name out" when they call the trust to account in Parliament.

He said it was on July 4 in 1879 when the final battle that took place in Ulundi.

The imbizo will be held every four years in Ulundi, he revealed.

Malema, Traditional Leaders' Congress Tackle Land Debate
Tagged:
Copyright © 2018 News24Wire. All rights reserved. Distributed by AllAfrica Global Media (allAfrica.com). To contact the copyright holder directly for corrections — or for permission to republish or make other authorized use of this material, click here.