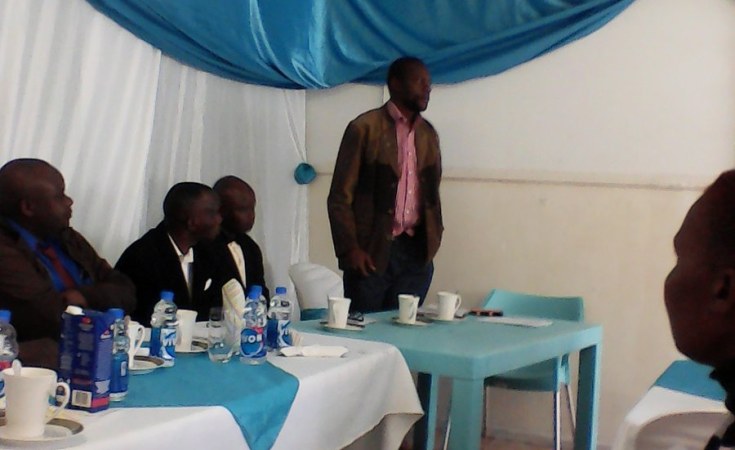 The opposition is keen to flight adverts with the State controlled broadcaster ahead of the July 30 general elections.

If the main opposition group were to comply with charges demanded until elections, Chikwinya said, it would need have to cough out up to $1,5 million in airtime fees.

"Which political party in this failing economy can afford such high rates?" Chikwinya said while addressing Kwekwe journalists Wednesday.

"We took a quotation from ZTV for our advertising. What we discovered in ridiculous.

"Zanu PF is by default getting its adverts done because they are being covered under the presidential programmes as the ruling party.

"We have demanded to see proof Zanu PF is paying but that proof has been failing to come. But as the opposition, we are demanded to pay that hefty amount," he said.

Chikwinya said it was sad there was restricted media space in the country, something which impacted on the possibility of the country seeing through free and fair elections.

"We are left with 26 days and we need to be broadcasting our adverts everyday. We have only one television station in Zimbabwe which is an unfair condition," he said.

Chikwinya accused Zanu PF of closing media space at a time it has been reported the country had capacity to have 56 television stations broadcasting at the same time.

"If we go fully digital, we have a capacity of more than 153 television slots but they have remained with one television slot. We are still far away to have free and fair elections," he said.

"The coverage which is given to (President Emmerson) Mnangagwa must be given to (Elton) Mangoma to (Nelson) Chamisa to (Joice) Mujuru and any other contesting candidate because they are on the ballot.

"Whenever you see Chamisa appearing on TV, it's largely where he has not made a choice to be there.

"Where he had a successful rally in Gokwe, they didn't cover. ZBC was there but they only do it for their files. They don't do it for public consumption," he said.

Previous Story
Is Chamisa's Party Too Broke to Pay for Ads?
Next Story
'Mnangagwa Won't Win Free and Fair Poll'

Is Chamisa's Party Too Broke to Pay for Ads?

All Eyes On Zimbabwe Ahead of Crucial Polls
Tagged:
Copyright © 2018 New Zimbabwe. All rights reserved. Distributed by AllAfrica Global Media (allAfrica.com). To contact the copyright holder directly for corrections — or for permission to republish or make other authorized use of this material, click here.