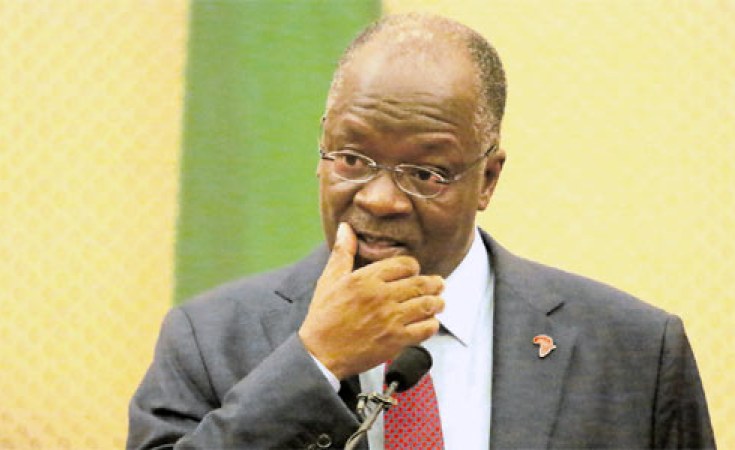 Dar es Salaam — President John Magufuli's popularity rating has plummeted by 21 per cent from 71 per cent in 2017 to 55 per cent this year, the latest Twaweza report shows.

Releasing the findings of the Voice of Citizens on Thursday, July 5, Twaweza executive director Aidan Eyakuze said citizen's approval of the performance the president has gone down by a total percentage of 41 since 2016 when the rating stood at 96 per cent.

"Elderly citizens (71 per cent)are content with the performance of President Magufuli, but only 46 per cent of the citizens aged between 18 and 29 are happy with his performance," he said.

According to findings, the citizens' approval in rural areas has sharply declined to 52 per cent as compared to 72 per cent in 2017.

The findings also show that urban approval rate has also declined from 70 per cent in 2017 to 59 per cent.

However, report noted that the popularity of Members of Parliament (MPs) and Councillors have also declined significantly in 2018 as compared to popularity ratings made in 2017.

Magufuli's Popularity Ratings Would Be Worse Had There Been Freedom of Expression, Claims Mbowe

Magufuli Popularity Rating Falls By 41% in the Last Two Years