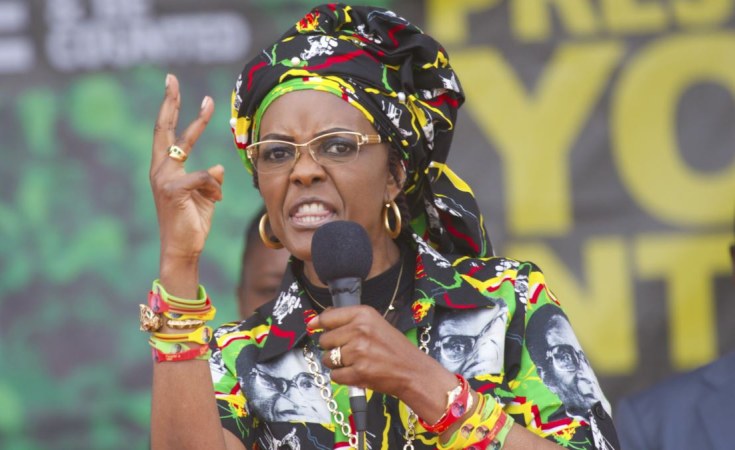 Former first lady Grace Mugabe's unbridled ambition to build a vast business empire in the scenic Mazowe area of Mashonaland Central province has suffered a major setback after the government repossessed the iconic Mazowe Dam she had grabbed in 2017, the Zimbabwe Independent can reveal.

Prior to the grabbing, Mazoe Citrus, which runs a thriving horticultural plantation in the area, had a 60% stake in the dam, while government held the remaining 40%. The dam was built in 1918 to irrigate the citrus plantation and other crops.

Grace, nicknamed Gucci Grace or First Shopper, had taken advantage of former president Robert Mugabe's iron grip on power to establish a vast empire in the area spanning mining, agriculture and an elite private school -- which she marketed as the centrepiece of her philanthropic work. After privatising the Mazowe Dam in July last year, Grace barred local villagers, who had relied on fishing, from accessing the water body.

She also banned recreational activities such as fishing, canoeing and rowing while also restricting the Zimbabwe National Water Authority (Zinwa) from managing the dam.

Zinwa's acting corporate communications and marketing manager Tsungirirai Shoriwa confirmed that the authority now had "normal access" to the dam. "The ownership of Mazowe Dam has never been a contested issue at any time. Only access to the dam was restricted on account of security," Shoriwa said.

"The security situation has since been reviewed, allowing Zinwa normal access to Mazowe Dam."

Mugabe, who ruled Zimbabwe for 37 years, was toppled amid dramatic scenes in November last year through a military coup. Water and Environment minister Oppah Muchinguri did not respond to questions sent to her.

Mazowe Dam, the country's 16th largest reservoir, has a capacity of 39,35 million cubic metres of water. The seizure and effective privatisation of the dam was unlawful as it violated the Water Act. The Act stipulates that water should not be privatised, although section 3 says "all water is vested in the President", suggesting Mugabe could have granted permission to his wife to take over the dam. Section 4 of the Act states that there should be no private ownership of water.

"No person shall be entitled to ownership of any water in Zimbabwe and no water shall be stored, abstracted, apportioned, controlled, diverted, used or in any way dealt with except in accordance with this Act. (2) Subject to this Act, a permit issued in terms of this Act shall confer upon its holder a right to the use of water in accordance with the permit," it says.

This made Grace's move illegal, although the clause indicating that a sitting president has final authority on water left the issue open to a controversial interpretation.

Grace's vast Mazowe empire included an opulent double-storey mansion on Mapfeni Farm, which can be seen from Manzou Farm from where she had been trying to evict thousands of villagers since 2011 to establish a game park. In 2014, Grace grabbed a significant chunk of Zimbabwe Stock Exchange-listed agro-producer Interfresh's Mazoe Citrus Estate.

She also has a dairy farm and an orphanage. Before Mugabe was ousted, Grace had lofty plans to build a US$1 billionstate-funded, but family-controlled university. Ironically, Mugabe, who vehemently opposed leasing out farms to former white owners, was renting the Mazoe citrus estate to local businessman Hamish Rudland, exposing his counterproductive posturing and double standards during his time in power. Mugabe's wife in 2013/2014 mounted a fierce land grab of Interfresh estates that ravaged the business, leaving it with a negligible amount of arable land and teetering on the brink of collapse.

Mugabe, who seized vast tracts of land from Interfresh, a once-thriving enterprise listed on the Zimbabwe Stock Exchange, is said to have "invited" Rudland into the farming joint venture after failing utilise the seized land. The Mugabe family reportedly has more than 10 farms, and are part of the new land aristocracy ushered in by government's chaotic land reform programme which began in 2000. 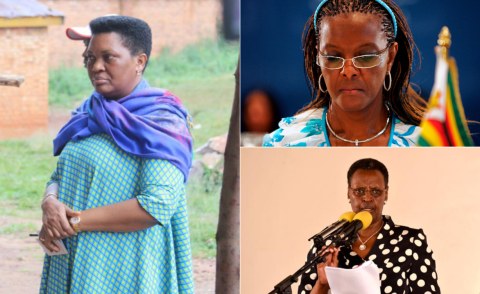 Is Zimbabwe's Opposition Too Broke to Pay for TV Adverts?
Tagged:
Copyright © 2018 Zimbabwe Independent. All rights reserved. Distributed by AllAfrica Global Media (allAfrica.com). To contact the copyright holder directly for corrections — or for permission to republish or make other authorized use of this material, click here.