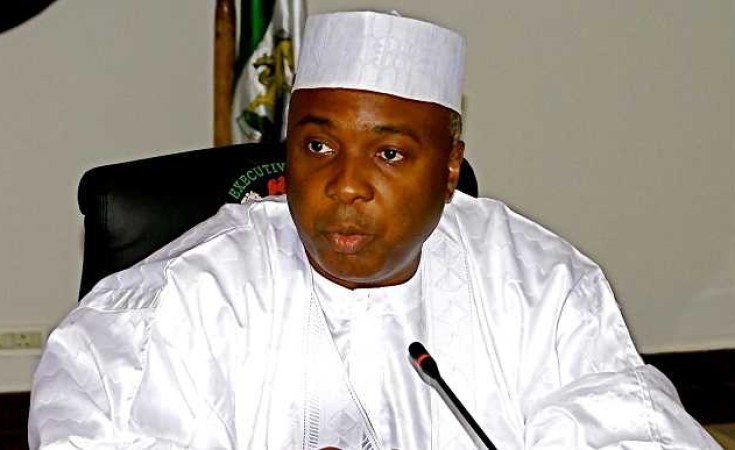 The Supreme Court yesterday discharged the Senate President, Bukola Saraki, from the alleged false assets declaration charges brought against him by the Federal government.The court in a judgment delivered by Justice Centus Chima Nweze, set aside the decision of the Court of Appeal and affirmed the decision of the Code of Conduct Tribunal (CCT), which had earlier upheld the No-case Submission filed by Saraki's counsel, Chief Kanu Agabi (SAN), on his behalf.

While applauding the Supreme Court judgment, the Senate President, Dr. Abubakar Bukola Saraki said his trial at the Code of Conduct Tribunal (CCT) was meant to destroy his political career.Besides, he expressed his confidence in the judicial process and the ability of the Judiciary in Nigeria to do justice to all manners of men and in all circumstances.

The CCT had discharged Saraki of all the 18-count charge on grounds that the prosecution failed to substantiate its allegations beyond reasonable doubt. But not satisfied with the judgment, the prosecution filed an appeal.On its own, the appellate court discharged Saraki of 15 out of the 18-count charges and ordered him to open its defense on the remaining three charges. The court held that prima-facie case was established against him on counts four, five and six.

But delivering judgment on Saraki's appeal, yesterday, the apex court held that the prosecution failed to call material witnesses to support its case against Saraki.It also agreed that all those who have knowledge of facts were not called to testify in the matter, and that those who tendered documentary evidence against Saraki during the trial were not makers of the document.

"Hence, their evidence on the documents were hearsay and lacked probative value," the court held.The Supreme Court stated that the Court of Appeal made a caricature in its judgment when it found as a fact that the entire evidence adduced by the prosecution was hearsay and manifestly unreliable, and still went ahead to agree that prima-facie case was established against Saraki in three out of the 18 charges.

Justice Nweze held that there was no basis for the Court of Appeal to have asked Saraki to defend himself on the three-count-charge, having found the entire evidence of the prosecution as a product of hearsay.The apex court further likened the action of the Court of Appeal to forensic summersault and capable of making ill of jurisprudence.

"This court will not lend its jurisdiction to such a charade and caricature of justice."It carries grave error in holding that a prima-facie case has been established against the appellant," the court held."The prosecution is duty bound by law to call all key witnesses to be able to establish prima- facie case against anybody," it added.The entire panel comprising five wise men of the apex court unanimously adopted the judgment, and agreed that the failure of the Federal government to call vital witnesses in the trial of Saraki was fatal and rendered the trial nugatory.The court thereafter dismissed the entire 18-count charges brought against Saraki. It consequently discharged and acquitted him accordingly.

Meanwhile, in a statement personally signed by the Senate President and made available to The Guardian, Saraki expressed gratitude to all Nigerians who have supported him since the case commenced three years ago.According to him: "At the end of a tortuous journey of 1018 Days counting from September 22, 2015 when the case began at the Tribunal, I am happy that I have been vindicated. The Supreme Court has affirmed that there is no evidence of false declaration of assets. The court also observed that certain agents took over the responsibility of the Code of Conduct Bureau in this trial, and one can infer that this was done towards a pre-determined end.

"This outcome has gladdened my heart and further strengthened my belief in this country and as well as my faith in Almighty Allah, who is the righter of all wrongs. God has vindicated me today before the judgment of man, and I am most thankful and humbled at His grace and infinite mercies."He remarked further: "As I said in my first appearance at the CCT, this is a politically motivated case. The case was trumped up in the first instance because of my emergence as the President of the Senate against the wishes of certain forces. Ordinarily, I doubt anyone would be interested in the asset declaration form I filled over 15 years ago."

Statement on the Supreme Court Decision

Why Is Senate President Saraki's Party Loyalty Being Questioned?
Tagged:
Copyright © 2018 The Guardian. All rights reserved. Distributed by AllAfrica Global Media (allAfrica.com). To contact the copyright holder directly for corrections — or for permission to republish or make other authorized use of this material, click here.