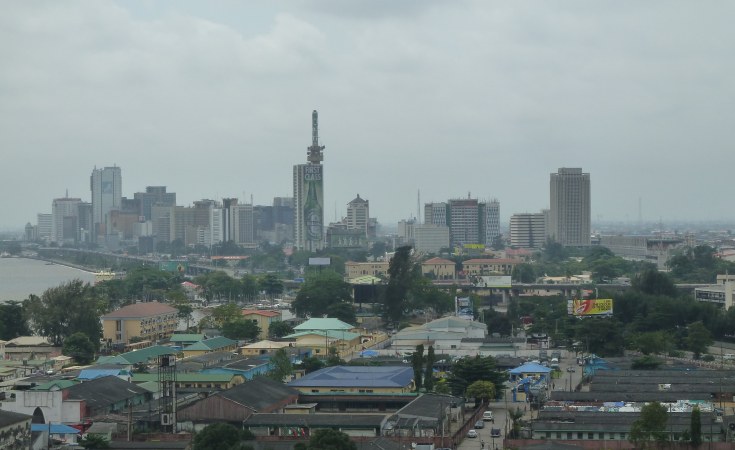 On this year's World Population Day, indications have emerged that Nigeria faces imminent population explosion if the country fails to address its growing fertility rate.

The prediction is confirmed by the latest report in the Monthly Economic and Financial Market Review and Outlook for July 2018 which showed latest research estimates that Nigeria's population may grow to 235 million in 2022 given the average rates in the population of the 36 states of the federation between 2012 and 2016.

This is also coming on the heels of an earlier report by the UN which projected that Nigeria would become the world's third most populous nation by 2050. Nigeria is currently ranked 8th on the global demographic ladder.

With records showing that the Total Fertility Rate, TFR, of the country was about 5.6 per cent in 2016 and 5.46 per cent in 2017, stakeholders fear that despite the increase, more Nigerian women are yet to have full access to family planning - an indication that the population will continue to grow.

Further findings by Good Health Weekly show that the major challenges could only be addressed when Nigerian women holistically adopt family planning and the country becomes more diligent in anything they do, without that, the population will continue to increase.

The report released by the National Bureau of Statistics, NBS, for the month of July, estimated the population of Nigeria to be 194 million in 2016, with an average growth rate of 3.28 per cent between 2012 and 2016. Federal Capital Territory, Abuja, recorded the fastest average population growth rate of 9.75 per cent.

The report states: "We expect five states to contribute about 26 per cent of the total population in 2022. However, it is unclear if the large population is beneficial to the Nigerian economy.

According to the report, the FSDH Research notes that the growth rate in the economy in the last three years is lower than the population growth rate.

The report also noted that the trend may continue in the next five years unless urgent measures are taken.

However, there seems to be light at the end of the tunnel, should the Federal Government through the Federal Ministry of Health succeeds in its plans to scale up family planning services across all parts of the country.

The Minister of Health, Prof. Isaac Adewole noted at the launch of the documents in Abuja, that they would improve decision-making in the health sector particularly in the area of family planning.

Represented by the Director, Family Health Department, Dr Adebimpe Adebiyi, he said: "I am sure that they will contribute to a reduction in maternal morbidity and ultimately improve the health of our women and girls."

Adewole said the document was developed to ensure that contraceptive information and services reached women and adolescent girls who might have wanted to avoid pregnancy, space or limit childbirth.

The second document is to build the capacity of medical professionals to identify pregnancies for which the law is intended to terminate so that ethical and safe management could be instituted.

"It is envisioned to provide information on the subsisting Nigerian law on termination of pregnancy. The document is a compendium of medical conditions and circumstances where the continuation of pregnancy endangers the woman's life and a step by step option for ethical and safe medical management."

Speaking on the third document, Global Family Planning Visibility and Analytical Network/National Logistics Management Information System (NAVISION), the Minister said it would serve as a platform to capture and use supply chain data from multiple sources and organisations.

In a report, Chairman of Foundation for Development and Environmental Initiative, Akin Mabogunje, called for immediate steps towards addressing the country's fast-growing population as it poses serious dangers to the economy and wellbeing of Nigerians.

A professor of geography, Mabogunje called for an increase in the uptake of family planning as one of the ways to manage the country's population.

He said unless the current demographic issues, especially uncontrolled birth, are addressed, the rise in population may spell doom for Nigeria.

"If we continue on our present mindless trajectory of population growth, the way forward is clear. It's the way of deepening poverty for the masses of this country," he said.

"A country that is obsessed with just the number of its population can discover that it is simply breeding and breeding into accelerating poverty."

"This is why countries that are serious about dramatically raising the level of their development had to intervene policy-wise and practically in determining the acceptable level of the fertility of their womenfolk, limiting it, as in the case of China until recently, to not more than one child per woman through her child-bearing age., he noted. 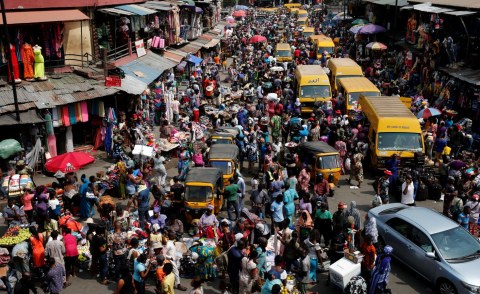 Most of World's Very Poor People are Nigerians - British PM
Tagged:
Copyright © 2018 Vanguard. All rights reserved. Distributed by AllAfrica Global Media (allAfrica.com). To contact the copyright holder directly for corrections — or for permission to republish or make other authorized use of this material, click here.