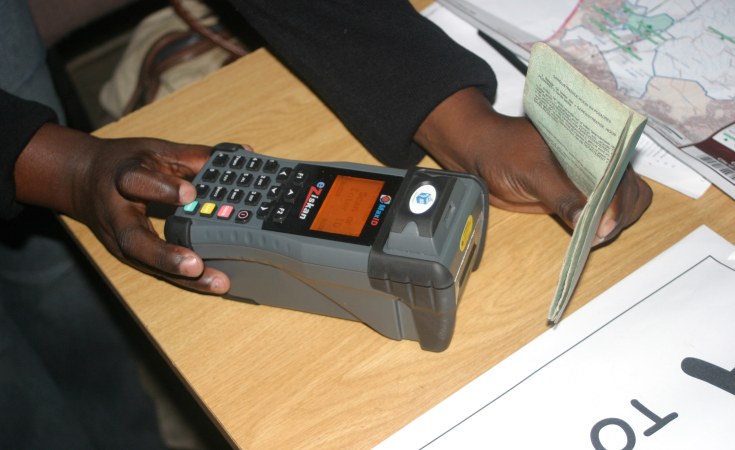 Governorship candidate of Peoples Democratic Party, Prof. Kolapo Olusola, has accused the Federal Government of moving part of the $321million recovered from the late Gen. Sani Abacha's family to Ekiti for tomorrow's election.

Olusola said about $50million of the recovered loot was moved from Abuja in a chattered flight through Akure Airport to Ekiti.The Director, Media and Publicity of Kolapo Olusola Campaign Organisation, Lere Olayinka, raised this alarm in Ado Ekiti yesterday.He alleged that the money was moved in two bullion vans to support the All Progressives Congress (APC)'s governorship candidate, Dr. Kayode Fayemi.

He said: "After offloading the huge cash, the bullion van first moved to the Ondo State Government House in Akure, from where they left for Isan Ekiti, the hometown of Fayemi."

"It was withdrawn immediately and moved with a private jet to Akure. Also, apart from the N2.5 billion, another $50m (about N18billion) was taken from the $321million recovered from the late Abacha's family.

Reacting, the Kayode Fayemi Campaign Organisation, debunked the accusation.In a statement by its Director of Media and Publicity, Wole Olujobi, he said it was a "hallucinating imagination."He alleged that it was a lie concocted to paint a negative picture.

Meanwhile, the Peoples Democratic Party (PDP) has urged its members not to be intimidated by the show of force in the election.It's National Vice Chairman (South West), Dr. Eddy Olafeso spoke in Lagos yesterday.Reacting, the Trade Union Congress of Nigeria (TUC) has rejected plans to share the $322 million recovered Abacha's loot to the poorest of the poor citizens.

This was contained in a statement yesterday by the TUC president, Bobboi Bala Kaigama and Secretary General, Musa-Lawal Ozigi.In another development, Olusola and Fayemi were yesterday absent at a debate aired on the TVC.The programme, which partnered Enough-is-Enough Foundation, had invited the major parties to discuss their intentions for the people.

The discussions were focused on security, education, healthcare, and job creation among others.The Guardian leant that when the same programme was aired at the 2015 election, the incumbent governor, Ayodele Fayose and Fayemi were also absent.Those who attended the debate were Abiodun Aluko of Accord Party, and Segun Adewale of Action Democratic Party (ADP).

Ruling Party's Kayode Fayemi Wins Governor Election in Ekiti
Tagged:
Copyright © 2018 The Guardian. All rights reserved. Distributed by AllAfrica Global Media (allAfrica.com). To contact the copyright holder directly for corrections — or for permission to republish or make other authorized use of this material, click here.