Zimbabwe: Chigumba Hits Back At Critics 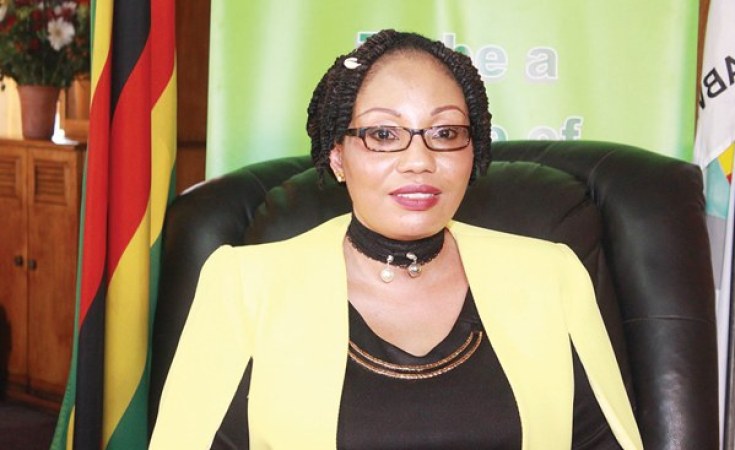 The Zimbabwe Electoral Commission (ZEC)'s handling of the July 30 presidential, parliamentary and local government elections came under sharp scrutiny last week after the opposition MDC Alliance claimed to have discovered police officers clandestinely voting at a camp in Bulawayo.

The story was later removed from the publication's website after police confirmed that voting was underway.

Chigumba (PC) told our senior reporter Xolisani Ncube (XN) that her commission would not investigate the allegations that police officers were forced to cast their ballots in front of their commanders because no one had lodged a complaint.

She also argued that her critics were raising "sensationalised allegations and extra-judicial requests presented as legal rights contrary to the legal framework that governs elections".

Below are excerpts from the interview.

XN: Last Thursday there was confusion after Zec acting chief elections officer Utoile Silaigwana issued a statement denying that postal voting was underway while police confirmed that officers were voting at Ross Camp in Bulawayo. What caused this confusion if Zec is solely in charge of the process?

PC: The acting chief elections officer did not deny that postal voting was underway, but denied that the commission had set up polling stations for that purpose.

The law does not envisage the setting-up of polling stations for postal voting, but that applicants exercise their right in secrecy before sealing their ballots in provided envelopes and returning same to the chief elections officer by a prescribed date.

XN: Why was the postal voting process not advertised like in previous elections?

XN: Zimbabwe's ambassador to Senegal Trudy Stevenson tweeted last week that her embassy had not received postal ballots. What assurances can you give that Zec is abiding by the law in handling the postal votes?

PC: As far as Zec is concerned, it has despatched the postal ballots for successful applicants to the relevant ministry and it is now up to the ministry to forward the same for them to exercise their right.

It is also incumbent upon the ministry to meet the deadlines set by the law.

PC: The videos have already been dismissed as fake by the police and this information was also given to observers by Senior Assistant Commissioner Erasmus Makodza during the Zimbabwe Electoral Commission's briefing to local and international observers on its state of preparedness.

No official complaint has also been received from aggrieved persons to date and, therefore, there is nothing to investigate at this moment.

XN: How many ballots have you despatched through the postal voting system and what measures are in place to ensure the system is not manipulated?

PC: The commission received a total of 7 646 applications for postal voting. Out of that figure, 185 were disqualified for the reason of not being on the voters roll.

The commission is, therefore, processing a total of 7 461 successful applications broken down as follows:

The information on the postal ballot processing is available for the public to inspect and verify, so the issue of manipulation does not arise.

XN: What is your reaction to allegations that the presidential election ballot paper has been designed to favour President Emmerson Mnangagwa?

PC: The allegations are regrettable and the commission, as already explained to stakeholders including observers, it did consider all options in coming up with the design of the ballot paper.

The proposed one column design by a concerned stakeholder would have resulted in a long ballot paper of A3 plus in size and required double the amount of paper.

It would also have been difficult for the folded ballot paper to fit in the aperture of the ballot box because of its small size.

Further, that would have meant more ballot boxes would fill up quickly leading to more being required for procurement.

The cost-benefit analysis revealed that the option would have required not only an increase in ballot paper, but also an increase in the production time plus number of ballot boxes to be procured.

The two-column design is the design that has been adopted by the commission for all ballot papers with candidates in excess of 14 people regardless of the type of election, using its discretion after weighing the available options.

The candidates' names will still retain the alphabetical order of surnames as provided for in section 3 (11) (b) (i) of the Electoral Regulations SI21 of 2005.

However, stakeholders are reminded that issues to do with the design and printing of ballot paper remain the exclusive right of the Zimbabwe Electoral Commission in terms of Section 239 (g) of the constitution of Zimbabwe.

XN: Why is Zec refusing to accede to demands by the opposition to inspect the ballot paper printing process?

PC: This is not a legal requirement and Zec in attempting to build consensus invited political parties to observe the printing of the ballot on the 12th of June 2018, but which gesture was abandoned following unlawful and unreasonable demands by some stakeholders on the process.

However, interested stakeholders were provided with the sample ballot paper for them to assess the quality and for comparison on election day if they had doubts.

XN: Do you think Zimbabweans still have confidence in Zec following last week's incidents that included a massive demonstration against the way you are handling the pre-election period?

PC: That the Zimbabwe Electoral Commission may not know, but it is convinced that it has not broken any law.

Moreover, the demonstration and complaints were from a single stakeholder to the electoral process.

XN: Independent observers have been picking serious mistakes on the voters roll since it was made public. What assurance can you give Zimbabweans that these are genuine mistakes and not deliberate attempts to rig the elections?

PC: The problem has been that the media has also failed to uphold the right to reply.

It has gone on to publish falsehoods using sensationalised headlines without seeking the view or explanation of the commission on issues raised on the voters roll.

However, the commission has already issued public notices in the print media explaining some of the misrepresentations made.

The voters roll produced by the commission is a good product owing to the technology used to weed out duplicates and to avoid doubling registration.

XN: What is Zec doing to regain public trust that it will be impartial in running the elections?

PC: The commission will continue adhering to the law and providing the electorate with the correct information through its voter education programmes and responses to issues raised.

XN: What is your reaction to reports that there are polling stations with only two voters?

PC: That is also false. The commission has since published the polling stations for the forthcoming elections.

There was confusion by stakeholders between registration/inspection centres and polling stations.

XN: What are some of the challenges you have encountered since your appointment as Zec chairperson and did you anticipate them prior to accepting the appointment?

PC: The challenges are dealing with sensationalised allegations and extra-judicial requests presented as legal rights contrary to the legal framework that governs elections.

Yes, I did anticipate them because Zimbabwe is a country under transition and some habits by stakeholders will need time for stakeholders to discard them.