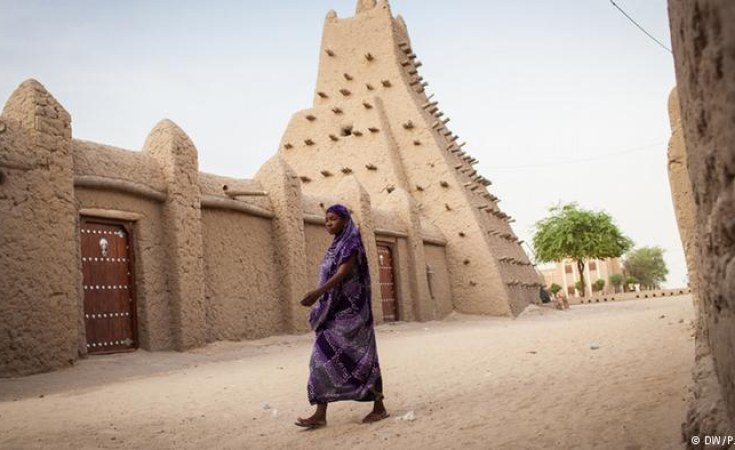 It is hard to see how anything good, or different, will come from Mali's election on 29 July.

More than five years after French soldiers ousted jihadi fighters from northern Mali and nominally restored central government sovereignty there, the country has grown ever more unsafe and fractious. The peace accord, signed amid great fanfare in 2015, has yet to be meaningfully implemented. A tally of incidents since 2015, recorded by Malilink, shows an alarming rise in violent acts and deaths by national and foreign militaries, jihadi groups, secular militias and criminals.

Most disturbing are recent ethnically-motivated killings carried out by Malian troops and "self-defence militias" in the Mopti region, which is at growing risk of "mass atrocities" according to the US Holocaust Memorial's early warning project.

In light of these unprecedented threats to Mali's security and integrity, the stakes would appear to be high for the country's presidential election, the first round of which is scheduled for 29 July. Here are three predictions.

1) Voter turnout will be dismal

Low voter participation would conform to precedent, with Malians consistently being West Africa's least likely voters since the 1990s. I have argued elsewhere that Mali's weak electoral participation is a clear sign of democratic distress. Turnout for presidential elections across West Africa averages 62%, but is only at 37% in Mali, where it peaked at 45% in 2013. The ongoing spike in violence will likely mean 2018's turnout is below that level, especially in the centre and north.

Then there's the problem of Mali's darkening public mood. The latest Afrobarometer survey, conducted in February 2017, shows Malians increasingly dissatisfied with their government. Most respondents expressed little faith in the state's capacity to reduce criminality, manage the economy, create jobs, or fight corruption. Nearly half feared becoming the victims of political intimidation or electoral violence.

Although most Malians continue to see democracy as the best form of government, most also view their own government as a poor democratic example. This was true prior to the events of 2012 and is even more so today.

2) The incumbent will win

With no sitting president ever having lost an election in Mali, President Ibrahim Boubacar Keita ("IBK") will almost certainly be elected to a second five-year term. While widely disliked, he enjoys the advantages of incumbency - such as control of state media, access to funds, and patronage networks - while low voter turnout will work in his favour.

Although he inspires little public confidence, it is doubtful that someone else in the field of two dozen candidates will prove any more inspiring. IBK's established rivals - such as Soumaïla Cissé, Dramane Dembélé, and Cheick Modibo Diarra - all ran against him in 2013 and lost. The remainder are outsiders or unknowns.

A recent profile in a French magazine dubs IBK Mali's "do-nothing king", a bright but vain figure who sleeps in late, keeps dubious company, and makes fine speeches while assiduously avoiding decisive action. He is portrayed as aloof from his government's corruption and administrative paralysis, to say nothing of the spiralling violence in the country's north and centre. Without French troops propping things up, an adviser to Mali's constitutional court warns the author that "everything will fall apart within two weeks".

Yet IBK keeps fiddling away like Nero as Rome burns around him. He might even garner a majority of first-round votes, thus rendering a run-off unnecessary.

With so many grave dangers facing the Malian nation, how could anyone say the election won't matter? Well, prediction three is a corollary of the first two. Malians are increasingly alienated from the political elite, which has stubbornly resisted reform efforts since the country's political crisis began in 2012. The most crucial questions - such as how to curb violence, reimagine the state, and foster national reconciliation - aren't up for real discussion and IBK has shown zero interest in putting them on his agenda. As a unnamed Burkinabè presidential adviser put it a French diplomat in 2012: "Mali can collapse, and as long as Bamako remains, they will all squabble over scraps of power in Bamako."

Mali's present situation offers little cause for optimism and some analysts openly question its long-term viability. "There might not be any realistic scenario under which Malians could have a state that universally delivers basic public services and organizes collective action," wrote Catriona Craven-Matthews and Pierre Englebert earlier this year. "A condition of permanent receivership with internationally provided life support might be Mali's most likely foreseeable scenario." In 2013, this would have seen like unwarranted pessimism; these days, it's hard to be too cynical about the postcolonial Malian state.

It would be wonderful if none of these predictions - not to mention the "permanent receivership" scenario described above - came true. In the months before Mali's previous presidential election in 2013, dedicated civil society activists tried to make voting count for something and many believed that Malian leaders, having peered into the abyss, might be more accountable to the public and rescue the country from impending doom.

Today's outlook is quite different. As a recent editorial in Bamako's Le Républicain opined: "2018 is nothing like 2013, when no candidate needed 20 artistes [pop singers], the involvement of state services like the CMDT [state cotton company] and the mobilization of all the country's regions to fill a Bamako stadium. In short, the five-year term that's ending has been a missed opportunity for the people; let's hope that 2018 doesn't produce a definitive rupture."

This feeling is understandable. But then again, with the political status quo offering only public alienation, corruption, state dysfunction, and violence, a definitive rupture might not be so bad.

Previous Story
Next Story
2018 Presidential elections: A step towards the consolidation of peace in Mali?

2018 Presidential elections: A step towards the consolidation of peace in Mali?

Ready, Get Set, Go for Malian Presidential Hopefuls on July 29
Tagged:
Copyright © 2018 African Arguments. All rights reserved. Distributed by AllAfrica Global Media (allAfrica.com). To contact the copyright holder directly for corrections — or for permission to republish or make other authorized use of this material, click here.