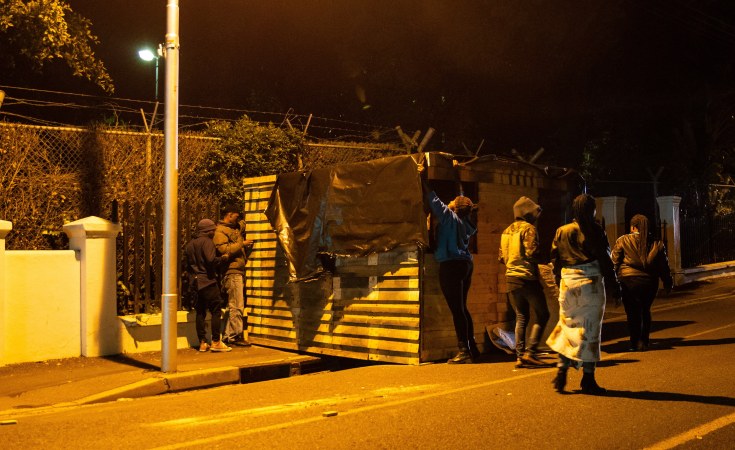 Photo: Ashraf Hendricks/GroundUp
Activists erected a shack at the official residence of Western Cape Premier Helen Zille in the early hours of the morning on Mandela Day.
GroundUp (Cape Town)
By Ashraf Hendricks

At 3:30am on Wednesday morning, about 15 protesters built a shack outside Leeuwenhof, the official residence of the Premier of the Western Cape Helen Zille.

The activists arrived with building materials in a bakkie and within ten minutes a shack with two portable toilets was erected.

Mihlali Xalisile of the Housing Assembly Youth Collective said that because it was Mandela Day "we thought we should come and donate this shack to Helen Zille and a portable toilet".

Activist Monwabisi Dasi said they'd appreciate it if Helen Zille would spend her 67 minutes for Mandela Day "inside of it [the shack] using the same services we have to use everyday".

"We are sick and tired of living in these shacks," said Xalisile.

"This has been the experience of our parents and grandparents, dying in overcrowded backyards and informal settlements," read a media statement from the collective.

In a statement the youth collective demanded decent jobs and houses for all including those over the age of 18. In order to apply for an RDP house one has to be over the age of 21 and a South African citizen.

The protesters left at 6am, leaving the shack on the side of the street as a "gift" for the Premier.

The premier had not commented on the protest by the time of publication. She released a statement that she would be spending Mandela Day by taking part "in the annual LEAP Science & Maths Schools Mandela Day programme". 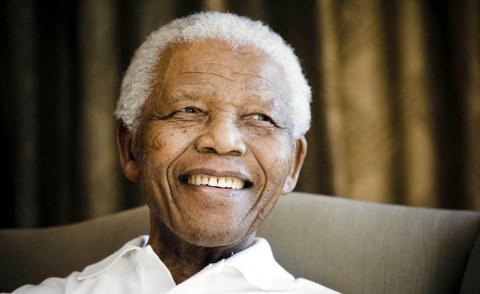 Land Reform Key Part of Mandela's Legacy - Ramaphosa, Zuma
Tagged:
Copyright © 2018 GroundUp. All rights reserved. Distributed by AllAfrica Global Media (allAfrica.com). To contact the copyright holder directly for corrections — or for permission to republish or make other authorized use of this material, click here.