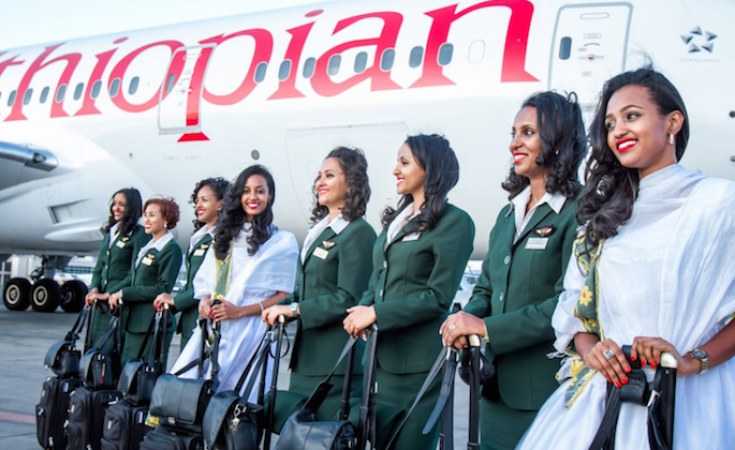 ADDIS ABABA-- Ethiopian Airline will resume its flight to Asmara today consequent to the joint declaration of peace and friendship signed between Ethiopia and Eritrea a little over a week ago in Asmara.

Ethiopian, the largest and most profitable airline group in Africa, will board 465 passengers comprised of higher government officials, businessmen and Eritrean descendants in its first flight to Asmara.

Eritrea will be connected with 115 international destinations using Ethiopian, Ministry of Foreign Affairs Spokesperson Meles Alem told member of the press core yesterday, adding that it will further cement all-round ties between the two countries. The weekly flight will turn into biweekly flight in the coming days, Meles indicated.

Citing Article three of the Asmara peace declaration, Meles added that the two countries have decided to enhance communication, trade and people-to-people ties, while also agreeing to work together to strengthen the regional building bloc - Intergovernmental Authority on Development (IGAD).

The restoration of the Eritrean Embassy here in Addis Ababa, the weekly flights to and from Asmara, and the preparations for utilization of the Port of Assab within short period of time shows the strong political chemistry of the two East African leaders, according to Spokesperson.

Pertaining to the Port of Assab, Meles said that preparation has been started from both sides. It will be operational very soon, he added.

"The peace process between Ethiopia and Eritrea can be related to the case of the fall of Berlin Wall", Alem remarked before adding that it will help restore normalization in the region.

President's Out-of-Character Behaviour Making Eritreans Nervous
Tagged:
Copyright © 2018 The Ethiopian Herald. All rights reserved. Distributed by AllAfrica Global Media (allAfrica.com). To contact the copyright holder directly for corrections — or for permission to republish or make other authorized use of this material, click here.