The Independent National Electoral Commission (INEC) has, at a ceremony in Ado Ekiti on Wednesday, issued the winner of the recently concluded governorship election in Ekiti state, Dr. Kayode Fayemi with certificate of return, making him the Governor of the state.

Fayemi of the All Progressives Congress, APC, party, defeated his closest opponent, Olusola Eleka of the Peoples Democratic Party, PDP.

Issuing him the certificate of return was INEC's National Commissioner in charge of Osun, Ekiti and Oyo states, Prince Solomon Soyemi. 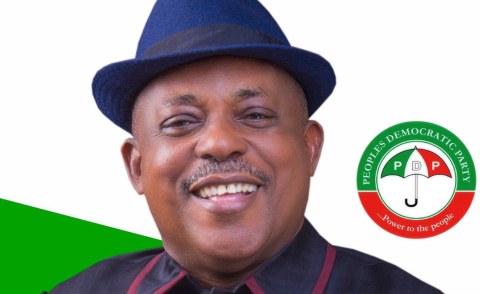 High Expectations as Fayemi Takes Over as Ekiti Governor
Tagged:
Copyright © 2018 Vanguard. All rights reserved. Distributed by AllAfrica Global Media (allAfrica.com). To contact the copyright holder directly for corrections — or for permission to republish or make other authorized use of this material, click here.