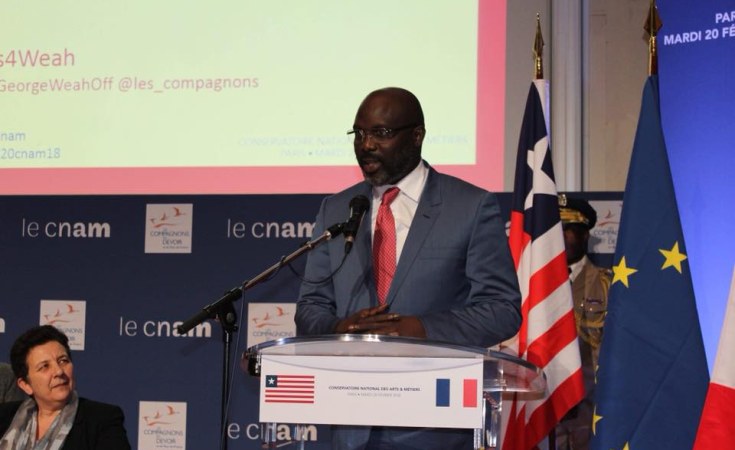 Monrovia — President George Weah has gone roughly six months into his tenure with much attention being drawn to his commitment of his first 100-day deliverables as well as campaign promises, which a renowned Liberian lawyer, Cllr. T. Negbalee Werner, has named as a moral and legal obligation of Mr. Weah.

Cllr. Werner, Dean of the Lewis Arthur Grimes School of Law, told a gathering at the launch of the Presidential Meter Project in Monrovia, Wednesday, July 18, that campaign promises must be a concern.

He urged Liberians to take the lead of reminding the President of his promises and put him on track.

"Campaign promises are rampant features of Liberia electioneering. The most striking issue is that they are made by politicians without meaningful flagship to deliver on these promises. I suggest to you on the contrary that campaign promises are not empty thoughts. They are morally and legally enforceable," Werner said.

These campaign promises, according to him, can be achieved if Liberians demand the President to make good those commitments that are possible.

But Werner believes the approach of the Presidential Meter Project is an important accountability mechanism that draws the attention of the public to key features of Liberia's political activities which pose a challenge of focus on campaign promises made with little or no intent to honor them.

He noted that silence of inaction has been a major factor responsible for failed campaign promises over the time, due to the inability of people to speak out, a situation the project intents to address.

"Agreements are made to be enforced, whether it's in commercial transaction, or diplomatic relations. Some of these relationships are broken but what is required is that one must come out and hold the promisor to account. Liberians have the right to call on anyone who made campaign promises to them," Cllr. Werner stated.

The law school dean added that it is important to checkmate the government.

He wants Liberians take key interest in the President Meter Project, which is being implemented by the National Youth Movement for Transparent Election (NAYMOTE), a partner for Democratic Development, with support from the Open Society Initiative for West Africa and the Center for Democracy and Development.

Responding on behalf of political parties, Unity Party spokesperson Mohammed Ali noted that the program is important because the outcome will be used more effectively by them to checkmate government on its campaign promises.

Ali told officials of NAYMOTE and partners that his political institution will keep in contact with them on formulating a data that will track down government deliverables and others promised but yet to be achieved.

"The data will be used to inform government that 'Hey, you promised the 14 Military Hospital and we haven't seen that; you promised the Bailey Island to be transformed into the new Monrovia, we have not seen that. But on the contrary what we are seeing is the reversal against the gains that were made,'" Ali asserted.

He furthered that while the process is important, UP will take particular interests in the transparency aspect, noting that the former ruling party remains firm in engaging government on asset declaration.

Giving an overview of the project, Naymote Executive Director Eddie Jarwolo said the President Meter Project under the caption "Weah's Meter," is designed to ensure democratic accountability by documenting, monitoring and tracking government's progress in the implementation of campaign and governance promises.

As a way of smoothly implementing this venture, Naymote said it has identified and quantified 66 promises from the Coalition for Democratic Change's manifesto and 20 promises from speeches and other sources made by President George Weah after his induction.

In addition, NAYMOTE maintained that it has also erected 15 signboards in key cities to create awareness about the project and promises and also engaging the media through drama series being aired in Bong, Lofa, Margibi and Nimba Counties.

These promises, according to the group, has been developed into 800 copies and are expected to be distributed across Liberia to help provide an insight to citizens on taking the lead in demanding government to comply to its campaign promises.

"During the project, NAYMOTE will host series of town hall meetings to share updates on promises documented, produce citizens' report cards on the government's performance, conduct national stakeholders' dialogues on the status of the campaign promises achieved, ongoing and not started as well as develop policy to be shared through various media outlets and with various stakeholders," Jarwolo noted.

During these periods, the institution will collect, compile, analyze and release quarterly reports on the status of campaign promises documented.

Meanwhile, Jarwolo stated that the President Meter is a flagship intervention of OSIWA's political governance and democratic consolidation program and marks the seventh of such initiatives sponsored by OSIWA in the sub-region. 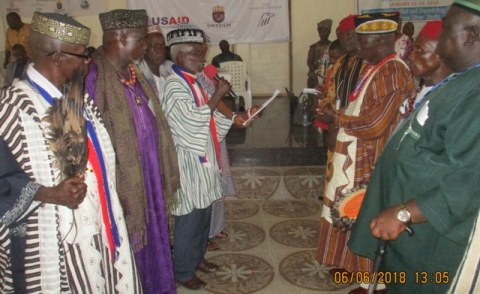 Weah Defends Liberian Govt's Achievements So Far
Tagged:
Copyright © 2018 FrontPageAfrica. All rights reserved. Distributed by AllAfrica Global Media (allAfrica.com). To contact the copyright holder directly for corrections — or for permission to republish or make other authorized use of this material, click here.