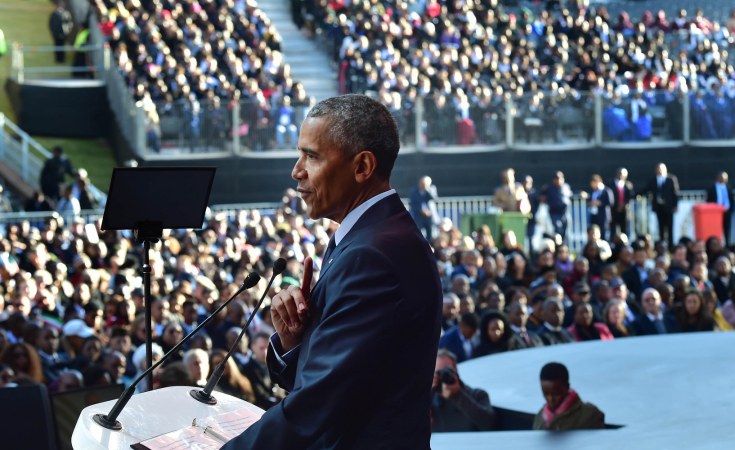 Washington, DC — In the predawn hours of July 18, 1918, not far from the medieval cathedral town of Soissons in northeastern France, twenty-four French divisions, including two segregated American infantry divisions (the storied 92nd “Buffalo Soldiers” and the 93rd) under French command, supported by other Allied units—including eight other US divisions of the American Expeditionary Force led by Gen. John J. “Black Jack” Pershing for whom the day would bring one of their first combat operations—crossed the Marne River, launching the massive counterattack that, one hundred days and just over 271,000 casualties later, would lead to the armistice ending the “Great War,” the most brutal conflict known to humankind up to that point.

That very same day, some 9,000 kilometers to the south, in the small village of Umtata, in the remote eastern part of the Cape Province of what was then the Union of South Africa, a baby boy was born among the local Thembu people. The child was given the name Rolihlahla, which in the Xhosa colloquial meant “troublemaker”; in later years, the man would be affectionally known by his clan name, Madiba (it was only when he was seven and sent to a nearby Methodist mission school that his teachers would have him christened with the English name of “Nelson” and register the name of his grandfather as his surname). Who would have predicted that the child would not just survive, but, overcoming his rather modest beginnings (his father died when he was not even ten years old, leaving behind four wives, four sons, and nine daughters) as well as the many vicissitudes of his long life, cause a great deal of “trouble” for some of the great and powerful of this world—all without recourse to arms?

Nelson Rolihlahla Mandela—Madiba—is rightly remembered as one of the great figures of the century that was virtually coterminous with his life. The dignity and magnanimity with which he led his beloved country’s transition from a racialist dictatorship to a democratic state alone would have secured his place in history, but it is the example of his broad vision and pragmatic approach that should perhaps constitute his most fitting legacy to those who will follow in the next hundred years.

At the trial in 1964 that saw him sentenced to life in prison, rather than trying to plead his case before a tribunal already rigged against him, he used what might well have been his last public speech to appeal instead to the court of international public opinion: “During my lifetime I have dedicated myself to this struggle of the African people. I have fought against white domination, and I have fought against black domination. I have cherished the ideal of a democratic and free society in which all persons live together in harmony and with equal opportunities. It is an ideal which I hope to live for and to achieve. But if needs be, it is an ideal for which I am prepared to die.” And all through the ensuing twenty-seven years when he was kept isolated on a desolate island prison, he somehow remained steadfast in his conviction that, as he wrote in a prison memoir, “one day… all men, the exalted and the wretched of the earth, can live as equals.”

Mandela’s life underscored, however, that it is not enough to be a visionary: to make dreams a reality requires pragmatism. While still imprisoned, in 1988, he secretly offered to open negotiations with the apartheid regime and when, a year later, F.W. de Klerk took over from the hardline Afrikaner nationalist P.W. Botha, he found a negotiating partner with whom he could engage. In 1993, the two men shared the Nobel Peace Prize, and, in May 1994, Mandela was inaugurated as president of the new South Africa with de Klerk as one of his deputy presidents.

Even the much-admired Truth and Reconciliation Commission that Mandela’s government established and entrusted to Archbishop Desmond Tutu had a political expediency as well as a moral purpose. As the commission’s report concluded, while the apartheid regime was “the primary perpetrator of gross violations of human rights in South Africa,” the African National Congress (ANC) and its organs also “committed gross violations of human rights in the course of their political activities and armed struggles, for which they are morally and politically accountable.” The commission even concluded damningly that the ANC’s armed wing, uMkhonto we Sizwe, “ended up killing fewer security force members than civilians.” It was, therefore, useful that South Africans of all races be given an opportunity for memorialize the past without giving rise to mass prosecutions and the recriminations that would follow them.

In the quarter of a century since Mandela became president, respect for the rule of law and the protection of private property rights on the main have spared South Africa the trauma of neighboring Zimbabwe’s wholesale descent into basket-case status under the yoke, until late last year, of Robert Mugabe, a liberation-era leader definitely not endowed with either Mandela’s depth of humanity or his broadness of mind.

And, although Mandela could probably have been reelected indefinitely, his graceful exit in 1999 after serving just a single term in office helped to consolidate the young democracy—a lesson on good governance that was, alas, lost on his two immediate successors, both of whom were removed from office before they finished their second terms (although the fact that South Africa’s constitutional structures managed both transitions peacefully and relatively smoothly is yet another debt his country owes Mandela).

The accomplishments of post-apartheid South Africa are significant, not only in terms of the maintenance of constitutional order and democratic practice, but in the improvements to the day-to-day lives of millions whom the old regime had systematically marginalized. The lifting of sanctions imposed because of apartheid quickly doubled South Africa’s per capita gross domestic product, resulting in many black South Africans moving into the middle class. Up until the global recession in 2008, the country consistently posted positive (albeit all-too-modest) economic growth—a feat not many African countries north of South Africa could boast of two decades after their own independence. Yet, much remains to be done as the effects of the decades of institutional racism cannot be erased easily. Even as many blacks ascended to the commanding heights of the economy—current President Matamela Cyril Ramaphosa, for example, rose from union organizer to be one of the richest individuals in South Africa—there persists high levels of unemployment and underemployment. Youth unemployment, especially in rural black communities, approaches 50 percent. Even more worrisome indicator is the persistently high and, indeed, increasing inequality: whether one prefers to measure the Gini coefficient or the Palma ratio, South Africa still comes in at the top of the charts for having the starkest income inequality in the world.

On the eve of the centenary, in Johannesburg’s Bidvest Wanderers Stadium, former US President Barack Obama delivered the annual Nelson Mandela Lecture to mark the occasion. He chose as his theme “Renewing the Mandela Legacy and Promoting Active Citizenship in a Changing World.” Later this year, Beyoncé, Jay-Z, and other A-list performers will join African artists like Femi Kuti and D’banj on stage in the same city to pay tribute to the legacy with a “Mandela 100” concert under the banner of “Be the Generation.” In addition to a recently-released anthology of 255 of Mandela’s inspiring (and hitherto mostly-unpublished) prison letters, enough other books about him have been published this year to deplete a small forest.

The tributes are, of course, quite fitting. However, Mandela’s grandeur consisted not of political posturing or virtue signaling, but in matching a greatness of soul capable of dreaming big with a wisdom of mind directed by political realism. That is a rare combination, one which his would-be heirs—both in South Africa and elsewhere—would do well to emulate.

J. Peter Pham is vice president of the Atlantic Council and director of its Africa Center.

Obama's Mandela Lecture Comes At an Auspicious Time for Democracy 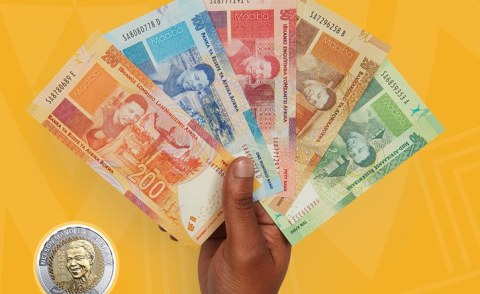 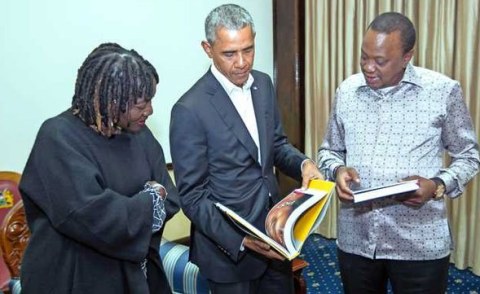 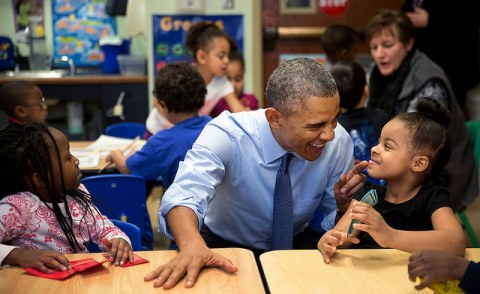 Mandela Day - Shack 'Donated' to Helen Zille. Can You Beat That?
Tagged:
Copyright © 2018 Atlantic Council Africa Center. All rights reserved. Distributed by AllAfrica Global Media (allAfrica.com). To contact the copyright holder directly for corrections — or for permission to republish or make other authorized use of this material, click here.