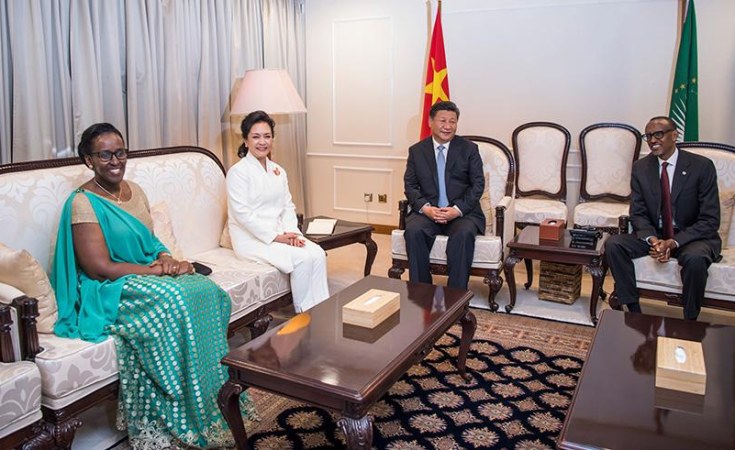 The visit aims to further strengthen diplomatic ties and cooperation between Rwanda and China. It follows President Kagame and First Lady Jeannette Kagame's visit to China in March 2017.

"I wish to take this opportunity to convey the sincere greetings and best wishes of the Chinese people to the people of Rwanda," the Chinese President said in a statement.

Under the leadership of President Kagame, he said, Rwanda has embarked on a path of development suited to its realities, achieved long-term social stability and fast economic growth, and is enjoying increasing influence in the region and beyond.

While in the country, President Xi is expected to witness the signing of 15 bilateral pacts between the two nations, among them, visa exemption for diplomatic and service passport holders, culture and scientific operations as well as Silk Road Economic Belt cooperation.

China is one of Rwanda's biggest sources of foreign direct investments with most of them in the manufacturing and real estate sectors.

Latest statistics from the Ministry of Trade and Industry show that Rwanda shipped in Rwf205 billion of imports from China compared to Rwf4.3 billion it exported in 2017.

On the basis of investment, over the last 12 years, Rwanda attracted 61 investment projects and joint ventures worth US$419.6 million from China. Actual investments are estimated at US$352. 6 million spanning tourism, mining and construction sectors

One of the major investments include C&H Garment Ltd, which began operations in 2014 producing garments mostly for exports. In 2016, the company exported goods Rwf1.057 billion to a combined market of China and United.

Another major investment by a Chinese firm is New Century Investment Ltd, which is a joint venture with a Rwandan investor. The project, valued at over $90 million, includes the building hosting Marriot Hotel.

Other Chinese investments in Rwanda include enterprises in retail, manufacturing and the hospitality sector.

China is also home to some 1,300 Rwandans, including students in the country's higher learning institutions.

The country's greatest support to Rwanda's development process are in the form of concessional loans, grant aid, technical support in major projects as well as students' scholarships in critical sectors such as health, education and technology.

The two countries have enjoyed diplomatic relations for 47 years. Both countries maintain close collaboration in infrastructure, culture, capacity building, health and agriculture sectors as well as people to people exchanges.

The two Heads of State will hold bilateral talks and address a joint press conference. President Xi will also pay his respect to the victims of the 1994 Genocide against the Tutsi at the Kigali Genocide Memorial, and meet the Chinese community in Rwanda.

South Africa Has High Hopes for BRICS Summit
Tagged:
Copyright © 2018 The New Times. All rights reserved. Distributed by AllAfrica Global Media (allAfrica.com). To contact the copyright holder directly for corrections — or for permission to republish or make other authorized use of this material, click here.