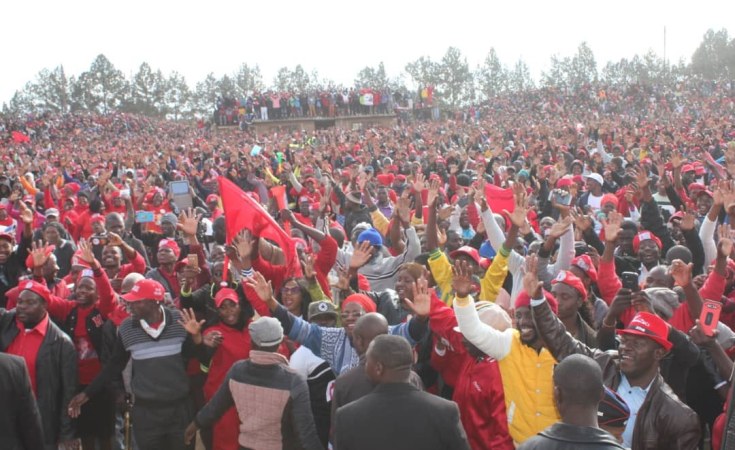 Addressing thousands of party followers who attended his star rally in Gweru on Sunday, Chamisa dismissed as "hogwash", continued claims he has clandestinely offered the former first lady the position of Vice President in an envisaged MDC led government.

The state media has been awash with claims the leading opposition contender to the state presidency has cut deals Grace under a loose opposition pact with the National Patriotic Front (NPF).

Grace is viewed a leading hand in the formation and sustenance of NPF, formed among former Zanu PF loyalists who fell by the wayside when the military forced Mugabe out of power to pave way for his then deputy Emmerson Mnangagwa to assume State and Zanu PF presidency.

However, claims that Grace was itching to revive her short-lived political career on the back of a possible MDC Alliance victory in the July 30 elections continue being pushed via the State media, with Chamisa repeatedly dismissing them as false.

During his rally address, Chamisa was at pains to assure his followers there was never an MDC attempt to bring back the controversial first lady.

"I am hearing some individuals propagating malicious lies that I want Grace Mugabe to be the Vice President; that is hogwash," he said.

"The peddling of such lies is a clear indication that Zanu PF is now desperate. That is why they are peddling such lies.

"Grace Mugabe is not a member of the MDC Alliance; so Zanu PF must not peddle such lies."

Chamisa accused the Zanu PF leadership of hob-knobbing with the former President during his time but were now trying to dump the baggage associated with the once powerful leader on the MDC.

"Mnangagwa and (Vice President Constantino) Chiwenga were part and parcel of the Mugabe administration. Since there is now lost love, they want to shove Mugabe to us. You have been together in running down this country. Have you ever seen me being a Zanu PF member?" he asked.

When they were forced out November last year, Mugabe and his wife had turned very unpopular figures in the country and within Zanu PF itself.

"I want to applaud Mrs Moyo and Mr Kudakwashe Bhasikiti who are with us here today. We have come to a point as a country where every vote counts.

"Mrs Moyo, you have been with Mnangagwa for a very long time and being with us here today shows us that you have realised his evil ways and that is commendable," he said. 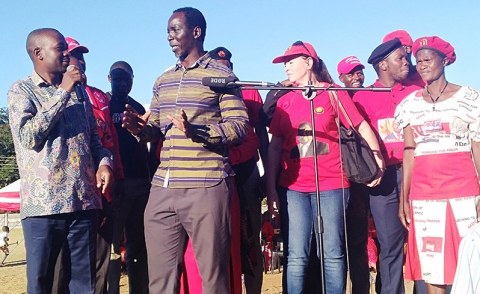 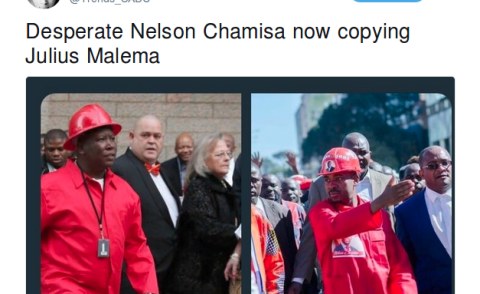 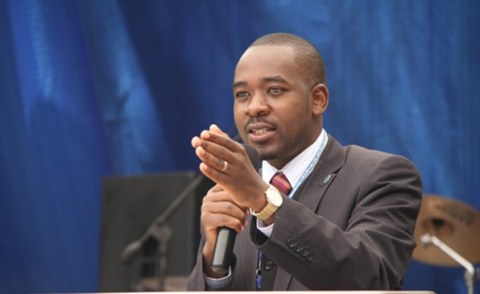