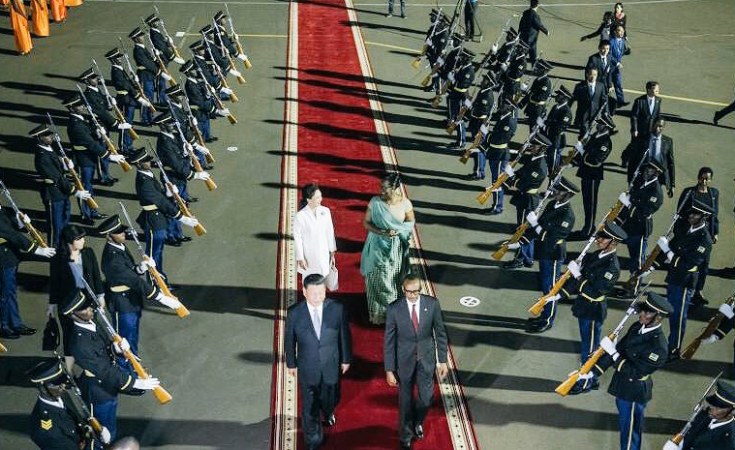 Chinese President Xi Jinping arrived in the country last evening for a two-day state visit. Jinping's visit follows President Paul Kagame's visit to China last year. It marks the first ever visit to Rwanda by a Chinese head of state. Over the last decade, relations between the two countries have been growing with China supporting several development projects in Rwanda. Below, we bring you a list of things that you need to know about Rwanda-China relations.

In November this year, Rwanda and the People's Republic of China will celebrate 47 years since the establishment of diplomatic relations between the two countries. The two countries started bilateral ties only after a decade of Rwanda's independence from Belgium.

In January this year, Rwanda and China signed an economic and technical cooperation agreement, which saw the Chinese government pledge 200 million RMB YUAN (about US$ 32 million) that would go straight to the extension of IPRC-Musanze and the drilling of 200 boreholes among other projects. Upon completion, IPRC-Musanze would have the capacity to enroll 1500 s from 560 diploma students and from 180 to 400 short-course trainees. The 200 boreholes will provide water to the communities in 11 districts and it will fully serve approximately 300 to 1500 people per borehole with potable water in selected area.

China's support to Rwanda is not new. The economic giant has recently pumped US$60 million into Rwanda's agriculture sector and rural development programmes, with an additional $20 million channelled into solar projects to bring electricity to schools and health centres.

China is currently helping upgrade one of Kigali's hospitals increasing its capacity from 140 to 1,356 beds.

As part of China's engagement with Rwanda, the Asian economic giant takes more than 40 students to their country for further education where they fully sponsor the students for the entire duration of their studies.

South Africa Has High Hopes for BRICS Summit
Tagged:
Copyright © 2018 The New Times. All rights reserved. Distributed by AllAfrica Global Media (allAfrica.com). To contact the copyright holder directly for corrections — or for permission to republish or make other authorized use of this material, click here.