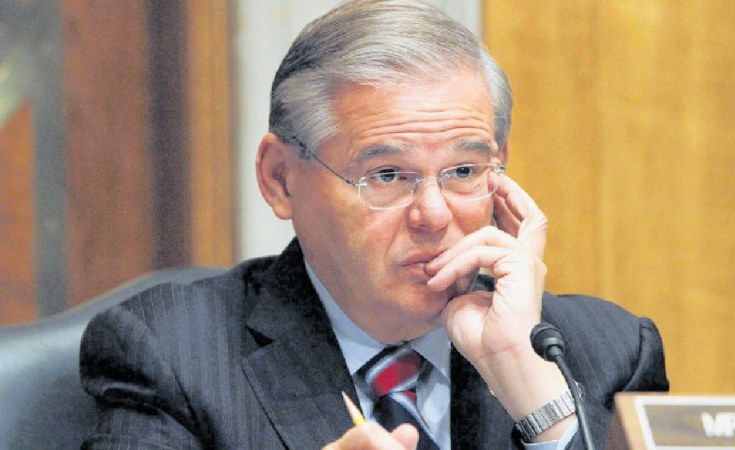 A senior United States politician has filed a motion calling on President Donald Trump to raise his voice on what he says is the reversal of democratic gains in Tanzania.

Mr Bob Menendez, a senator from New Jersey, on the Democratic party ticket, is pushing the US government to immediately nominate an ambassador to Tanzania to lead diplomatic efforts to push back against what he termed “the tide of anti-democratic actions.” The diplomatic post, he says, “…has been vacant for well over a year.”

In the motion, published in the Congress records last month and uploaded on the website: www.congress.gov, the senator has described Tanzania as a country that appeared to be on the path toward greater democracy and political openness but raised concerns over the trend of increasing restrictions on basic freedoms. He has also asked the US government to increase assistance to build the capacity of civil society and media stakeholders in Tanzania and robustly fund US programmes that can adequately address the current challenges.

However, Mr Menendez noted, as a disclaimer, that he did not intend to raise criticism against the Tanzanian government and its people.

“My purpose is not to offer gratuitous criticisms of Tanzania or its people, but to register my strong concern that the progress of the last decade and a half in the areas of democracy and respect for civil liberties may be undergoing a reversal right before our eyes,’’ he said in his motion.”

“By many measures, Tanzania is doing fairly well,’’ he added in one of his acknowledgements of the progress that Tanzania had made in terms of economic growth, peacekeeping and openness but express his fears about the current human rights trend.

“I fear that while we are all rightly focused on the resolving the many crises on the continent and around the globe, the gradual downward spiral of respect for civil liberties in Tanzania is proceeding unnoticed, unremarked, and unchallenged by its friends and partners,” he said.

He pointed out key areas which he believes are key indicators of Tanzania’s downward progress in terms of civil liberties and human rights.

“First is the rise in recent years in the harassment of opposition political figures and restrictions on their activities,’’ said. “In February of this year, the US Embassy released a statement of concern about the rise in politically related confrontations after reports of kidnapping and violence in Tanzania…,’’ he pointed out, partly.

“Second is closing media space. According to the 2017 World Press Freedom Index, published by Reporters Without Borders, RSF, Tanzania dropped 12 places between 2016 to 2017 to 83 out of 180. While this is the best score in east Africa, RSF stated that the climate for journalism ‘‘has not improved since John Magufuli’s election.’’

“The third troubling trend is the closing space for civil society. In March, the President promised to crack down on anyone who participates in demonstrations deemed illegal by the government, vowing not to let his economic reforms be derailed by street protests,” he pointed out.

Prior to planned antigovernment demonstrations on April 26, a senior law enforcement official stated that ‘‘those who plan to demonstrate tomorrow will seriously suffer . . . they will be beaten like stray dogs,’’ he cited an example.

He called on the Trump administration to increase its efforts to encourage the government of Tanzania to support individual and collective Freedoms.

“Join with likeminded partners in the diplomatic community in Tanzania and in multilateral fora to jointly condemn President Magufuli’s war on democratic freedoms and civil liberties and urge the Tanzanian Government to take concerted action to ensure that all political and civic rights guaranteed under the Tanzanian Constitution are fully respected.

“Such norms [freedom of expression, and civil liberties…] are the hallmarks of a healthy democracy and are among the basic rights and duties guaranteed to Tanzania’s citizens under their constitution,’’ he stated.

Tanzania, Kenya's Press Freedom In the Spotlight
Tagged:
Copyright © 2018 The Citizen. All rights reserved. Distributed by AllAfrica Global Media (allAfrica.com). To contact the copyright holder directly for corrections — or for permission to republish or make other authorized use of this material, click here.