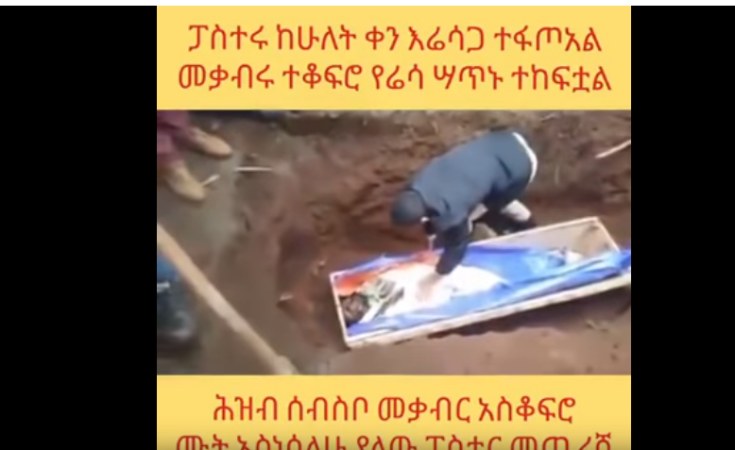 Screenshot
A man who says he is a prophet tries to wake a man from the dead.
allAfrica.com
By Melissa Britz

A health worker who managed to convince a family that he could resurrect their dead relative is in hot water after he was arrested, according to BBC.

Getayawkal Ayele came to the village of Galilee in Ethiopia's Oromia region to preach about the biblical story of Jesus Christ calling Lazarus from his grave. The family of the deceased - Belay Biftu - agreed to have his corpse dug up in order for the prophet to do his ''work''.

After climbing into the grave and shouting at the deceased with no result, Ayele then laid down on the body and continued to shout at Biftu to rise up.

Family members of the deceased, who were by now upset and angry, attacked the ''holy man''.

Ayele had to be saved by the police, who promptly charged him with the abuse of a dead body.

He remains in police custody. 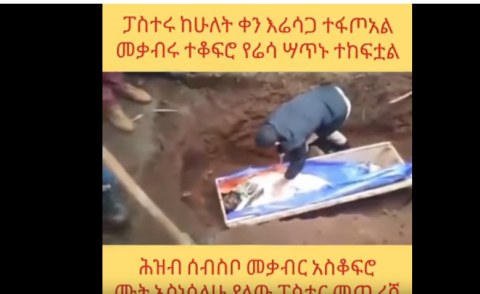 Part-time Pastor's Jesus Moment Goes South in Ethiopia
Tagged:
Copyright © 2018 allAfrica.com. All rights reserved. Distributed by AllAfrica Global Media (allAfrica.com). To contact the copyright holder directly for corrections — or for permission to republish or make other authorized use of this material, click here.