Nsimi Onana Joel Parfait was posthumously decorated by the Delegate General for National Security with regards to his services offered to the State.

Military honours were on July 20, offered to fallen Police Superintendent, Nsimi Onana Joel Parfait, at the National Advanced Police School in Yaounde. Serving at the Central Police Station in Kumba, he was murdered on July 8, 2018 by suspected separationist in Kumba, Meme Division of the South West Region.

The Delegate General for National Security, Martin Mbarga Nguele, on behalf of the Head of State, decorated Nsimi Onana Joel Parfait with the medal of valiance with the merit of the security forces due to his bravery in defending the territorial integrity of the nation.

Between 2014 and 2018, he served as Company Commander in charge of Judicial Affairs at the Central Police Station in Kumba. Nsimi Onana Joel Parfait equally served in other regions including the Far North where he was Regional Unit of the Special Division for the Control of Services for five years (2007-2012). The married man and father of three was described by his colleagues as a professional and brave officer. 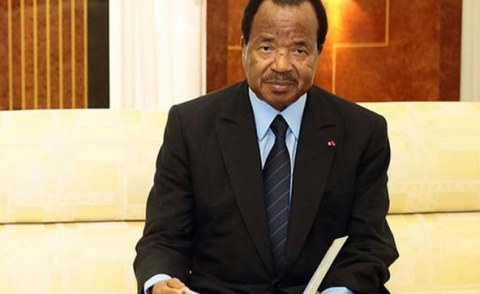 Inside Cameroon's Anglophone War - A Special Report
Tagged:
Copyright © 2018 Cameroon Tribune. All rights reserved. Distributed by AllAfrica Global Media (allAfrica.com). To contact the copyright holder directly for corrections — or for permission to republish or make other authorized use of this material, click here.