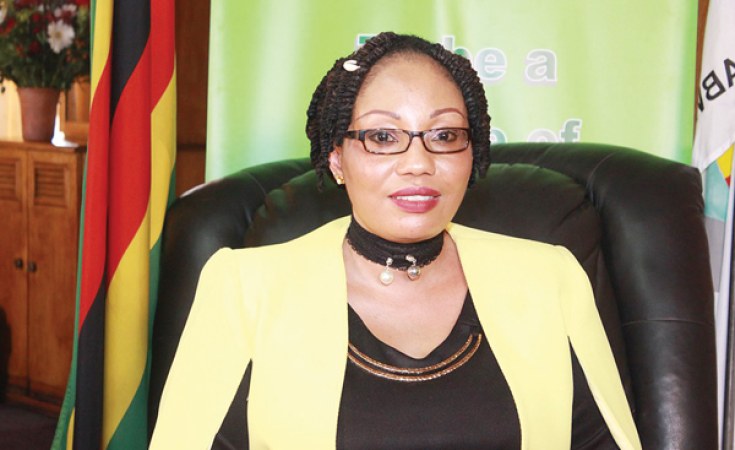 In both its actions and responses to legitimate concerns, ZEC has failed to inspire trust days ahead of the election.

As Zimbabwe approaches general elections on 30 July, a worrying trend has emerged whereby those raising questions about the process are being cast as the problem. Rather than have their legitimate questions about the credibility of the vote addressed, their concerns are being trivialised and ridiculed. Those who are uneasy of news of irregularities and a lack of transparency are being told that they're complaining too much.

But are they right to be worried? Let's consider a few of these concerns and try to understand why the opposition feels aggrieved.

Questions over Zimbabwe's elections started when the Zimbabwe Electoral Commission (ZEC) omitted the provision of the voters roll from its initial road-map. This gap raised eyebrows among the opposition and with good reason. In the 2013 elections, the electoral authority failed to release an electronic copy of the voters roll and there were worries it would fall short again.

ZEC only relented after a loud outcry. But even then, the process of making public the voters' roll was not without problems. There was uproar after a foreign embassy announced it had received the roll before the contesting parties. It then took days for the main opposition MDC Alliance to finally get access to the voters roll, well after the ruling ZANU-PF. Furthermore, when the information did arrive, it was incomplete. Regulations introduced after the new Biometric Voter Registration process requires the voters roll to include photographs, but ZEC refused to comply with its own rules, selectively citing privacy provisions as justification.

Next, when the Commission was informed by a team of analysts that there were serious anomalies in the voters' roll, it dismissed their concerns. One commissioner shrugged off their findings, claiming ZEC had a different voters roll which was "near perfect". But if this is true, does that mean the electoral authority deliberately misled parties when it gave them the first voters' roll?

After the scandal of 2013, Zimbabwe's electoral commission has had an opportunity to demonstrate a different approach, but its handling of the voters' roll left a lot to be desired. ZEC wants to be seen a strict follower of the law, but it has ignored or circumvented rules when it suits it and - in the opposition's eyes - the ruling pary. It is perhaps not a coincidence that the MDC is ZEC's biggest critic when the electoral body's main defender has been ZANU-PF.

Another controversy regards the design and printing of ballot papers, both of which have been kept opaque. Some people think that these things are not important. The position of a candidate on a ballot paper will not change who people vote for, they argue, and they may be correct. But that's not the point of the dispute.

ZEC has not complied with the law. Moreover, it has done so in a way that, the opposition alleges, benefits President Emmerson Mnangagwa. Many believe there was a deliberate effort to ensure the incumbent's name has a more prominent place on the ballot paper than it would in the single-column alphabetical system required by law. If these rules were followed, Mnangagwa would appear in the middle of a clogged list of 23 candidates. As it is, the ballot has two columns, with the president at the very top of the second.

The noise about the design of the ballot paper is an insult to Zimbabwe's high literacy rate.

If someone is going to vote for Chamisa he will vote for him regardless of the fact that ED is at the top unless you are saying our people cannot read @matigary @Mavhure @TrevorNcube pic.twitter.com/Gjvfw4aQjL

ZEC also made it incredibly difficult for observers to witness the printing of the papers. The opposition's complaints on this were echoed by EU and local observers. If ZEC had nothing to hide, there would have nothing to lose by allowing parties to observe the process. Instead, its opaqueness only exacerbated existing fears.

Last month, a photo emerged of ZEC Chairperson Priscilla Chigumba wearing the now-famous ZANU-PF scarf heavily associated with President Mnangagwa. This would have contravened section 11(3)(c) of the Electoral Law - which prohibits a commissioner from "knowingly wear[ing] any badge or article of clothing that is or is reasonably likely to be associated with a political party or candidate contesting any election" - but Chigumba claimed the photo had been taken before she was appointed this February. However, evidence has since emerged that the picture was taken after she became ZEC's chair.

Proof that Chigumba is lying about wearing ED Scarf before she was ZEC Chairperson https://t.co/rjRVmaVZ4d

That was not all, and perhaps not even the most worrying aspect of this story. When the photo first appeared, ZEC commissioner Dr Qhubani Moyo had dismissed it as a fake image. When it turned out he was wrong, not only did he not show any remorse, but Chigumba publicly defended him on the radio.

If ZEC commissioners can peddle falsehoods and defend each other's, how can the electorate trust them over the electoral process? What else are they lying about?

A final source of concern arises from the fact that when the opposition has raised complaints thus far, ZEC and its commissioners have typically responding in disparaging fashion. The elections referee ought to stay above the fray and maintain control of the process. It should not engage in an adversarial battle with one of the parties.

At the same time, opposition supporters ought to tone down the abusive language some have been using. It does not help their arguments and only widens their distance from the electoral authority.

It could have all been simple. The ZEC chairperson admitted that most Zimbabweans do not have trust and confidence in the institution she leads. She acknowledged that regaining that trust is a process. In that spirit, the commission could have been open-minded over the voters' roll, undertaking to make changes if any anomalies were identified. It could easily have opened its doors when it came to designing and printing ballot papers. It could have apologised and retracted false statements made over the scarf incident.

Instead, ZEC has been arrogant and dismissive. That is not how an administrative body with such an important national mandate ought to behave.

This is a version of an article originally published here at BIGSR.

Chamisa's Demand For Voter Photos Unreasonable, Court Rules
Tagged:
Copyright © 2018 African Arguments. All rights reserved. Distributed by AllAfrica Global Media (allAfrica.com). To contact the copyright holder directly for corrections — or for permission to republish or make other authorized use of this material, click here.