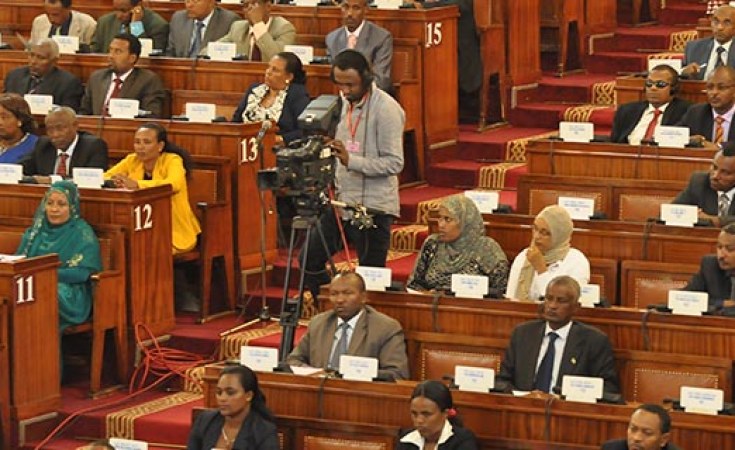 Parliament has legislated the amnesty proclamation with one objection and one vote abstaining.

The proclamation gives amnesty to accused, implicated, charged or sentenced dissidents and allows them to return to Ethiopia and to take part in political activities. However, the legislation does not give amnesty to those involved in criminal activities such as ethnic cleansing, murder, kidnapping and torture.

The proclamation was tabled last Friday, at an extraordinary session called after parliament had gone on recess. About 304 members attended the hearing. Law & Justice Affairs Standing Committee tabled the proclamation after reviewing and deliberating it.

The amnesty cancels and drops all changes against those convicted of the crimes within a six-month time period.

Ethiopia has dropped charges against opposition figures, broadcasters, bloggers and rebels who were charged with different crimes.

Ethiopia's Reform Party Enjoying Popularity But Challenges Remain
Tagged:
Copyright © 2018 Addis Fortune. All rights reserved. Distributed by AllAfrica Global Media (allAfrica.com). To contact the copyright holder directly for corrections — or for permission to republish or make other authorized use of this material, click here.