Africa: A Vicious Online Propaganda War That Includes Fake News Is Being Waged in Zimbabwe 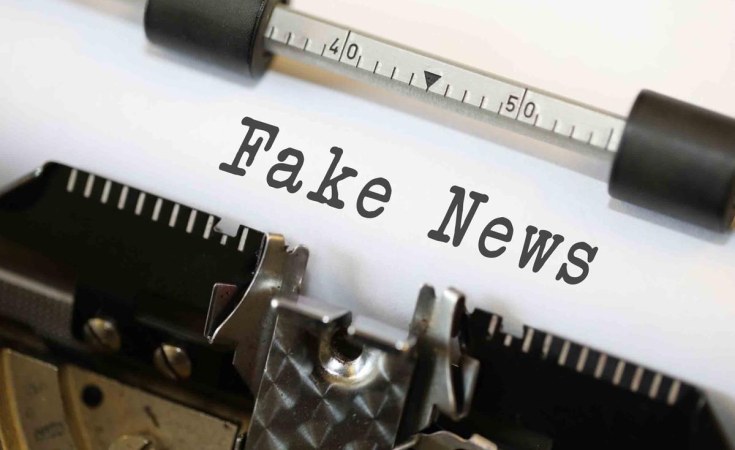 Fake news is on the upsurge as Zimbabwe gears up for its watershed elections on 30 July. Mobile internet and social media have become vehicles for spreading a mix of fake news, rumour, hatred, disinformation and misinformation. This has happened because there are no explicit official rules on the use of social media in an election.

Coming soon after the 2017 military coup that ended Robert Mugabe's 37 years in power, these are the first elections since independence without his towering and domineering figure. They are also the first elections in many years without opposition leader Morgan Tsvangirai, who died in February.

The polls therefore potentially mark the beginning of a new order in Zimbabwe. The stakes are extremely high.

For the ruling Zanu-PF, the elections are crucial for legitimising President Emmerson Mnangagwa (75)'s reign, and restoring constitutionalism. The opposition, particularly the MDC-Alliance led by Tsvangirai's youthful successor, Nelson Chamisa (40), views the elections as a real chance to capture power after Mugabe's departure.

The intensity of the fight has seen the two parties use desperate measures in a battle for the hearts and minds of voters. They have teams of spin-doctors and "online warriors" (a combination of bots, paid or volunteering youths) to manufacture and disseminate party propaganda on Twitter, Facebook and WhatsApp.

Known as "Varakashi", (Shona for "destroyers") Zanu-PF's "online warriors" are pitted against the MDC's "Nerrorists" (after Chamisa's nickname, "Nero") in the unprecedented online propaganda war to discredit each other.

Besides the fundamental shifts in the Zimbabwean political field, the one thing that distinguishes this election from previous ones is the explosion in mobile internet and social media. Information is generated far more easily. It also spreads much more rapidly and widely than before.

What's happening in the run-up to the polls should be a warning for those responsible for ensuring the elections are credible.

Images shared on social media platforms have become a dominant feature in the spread of fake news ahead of the elections. Both political parties have used doctored images of rallies from the past, or from totally different contexts, to project the false impression of overwhelming support.

Supporters of the MDC-Alliance, which shares the red colour with South Africa's Economic Freedom Fighters EFF, have been sharing doctored images of EFF rallies - and claiming them as their own - to give the impression of large crowds, according to journalists I interviewed in Harare.

Doctored documents bearing logos of either government, political parties or the Zimbabwe Electoral Commission are being circulated on social media to drive particular agendas. Examples include:

A purported official letter announcing the resignation of the president of the newly formed National Patriotic Front.

The circulation of a fake sample of a ballot paper aimed at discrediting the electoral commission.

A photo-shopped image of the head of the electoral commission Justice Priscilla Chigumba wearing a scarf bearing Zanu-PF insignia in a bid to portray her as biased, and

A sensational claim that Chamisa had offered to make controversial former first Lady Grace Mugabe his vice president if he wins.

A number of these fake images and documents have gained credibility, after they were picked up as news by the mainstream media. This speaks to the diminishing capacity of newsrooms to verify information from social media, in the race to be first with the news.

And, contrary to electoral guidelines for public media partisan reporting continues unabated. The state media houses are endorsing Mnangagwa while the private media largely roots for the MDC-Alliance.

Explosion of the internet

These are the first elections in a significantly developed social media environment in Zimbabwe. Mobile internet and social media have been rapidly growing over the years.

That means half the population now has internet access, compared to 11% in 2010.

Ideally, these technologies should be harnessed for the greater good - such as voter education. Instead, they are being used by different interest groups in a way that poses a great danger to the electoral process. This can potentially cloud the electoral field, and even jeopardise the entire process.

A good example are the attacks on the Zimbabwe Electoral Commission, which has become a major target of fake news. These attacks threaten to erode its credibility as a neutral arbiter. For example, an app bearing its logo, prompting users to "click to vote", went viral on WhatsApp. But, responding to the prompt led to a message congratulating the user on voting for Mnangagwa, suggesting that the supposedly independent electoral body had endorsed the Zanu-PF leader.

Numerous other unverified stories have also been doing the rounds on social media, labelling the voters' roll "shambolic". This, and claims of bias against it, have forced the commission to persistently issue statements refuting what it dismisses as "fake news".

Events in Zimbabwe and elsewhere on the continent point to the need for measures to guard against the abuse of social media, and bots to subvert democratic processes. There's also a need for social media literacy to ensure that citizens appreciate the power the internet gives them - and to use it responsibly. 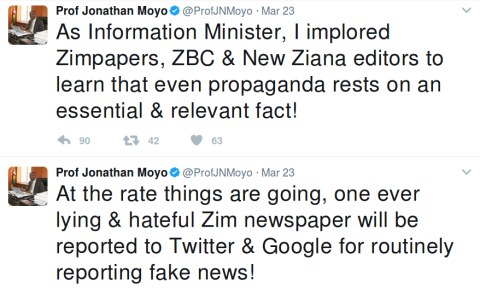 Why First Elections After Mugabe Ouster Are So Significant
Tagged:
Copyright © 2018 The Conversation. All rights reserved. Distributed by AllAfrica Global Media (allAfrica.com). To contact the copyright holder directly for corrections — or for permission to republish or make other authorized use of this material, click here.