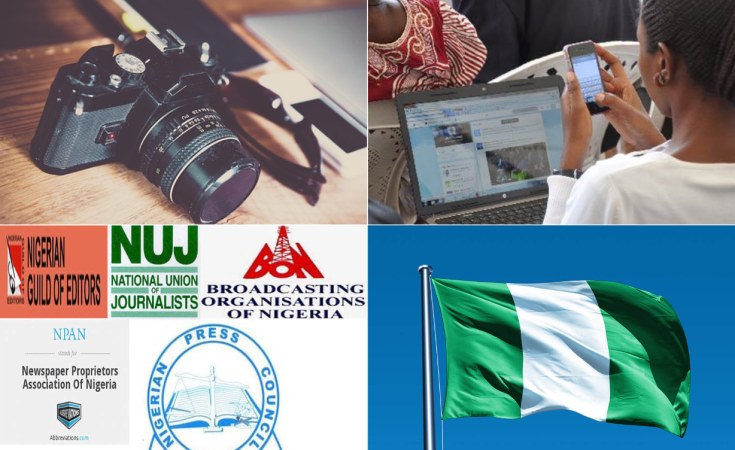 Strong indications emerged that the Bill for an Act to repeal the Nigeria Press Council Act, 1992 may have died a natural death after the public hearing organised by the Senate, yesterday, in Abuja.
Lampooning the bill during the one-day public hearing by the Senate Committee on Information and National Orientation, led by Senator Suleiman Adokwe (PDP, Nasarawa) newspaper publishers, Broadcasting Organisation of Nigeria, BON, Editors and Nigeria Union of Journalists, NUJ, unanimously asked the upper chamber to throw away the bill. They contended that the bill was not only draconian, unconstitutional, anti-people, anti-business and anti-free speech but also seeks to criminalise journalism practice, despite the fact that the laws of the country already had enough provisions and avenues for seeking legal redress.

Presenting the position of media stakeholders at the public hearing, Chairman, Newspapers Proprietors’ Association of Nigeria, NPAN/ President, Nigerian Press Organisation, Mr. Nduka Obaigbena, urged the Senate to borrow from best practices in other jurisdictions that have expressly provided for and guaranteed press freedom without any form of government interference. Obaigbena, who presented the positions of Nigerian Guild of Editors, NGE; Nigeria Union of Journalists, NUJ; International Press Council; Institute for Media and Society; Broadcasting Organisation of Nigeria, BON, and Media Law Centre, asked the National Assembly to make laws that will enable the media exercise its constitutional obligations, as spelled out in Section 22 of the constitution.

According to him, such laws will enable the media pass laws that will promote transparency, accountability and open government, such as mandatory delivery of the State of the Nation Address by the President and State of the State Address by governors on specified days of the year. He also asked the Senate for a law that will ensure Presidential and governorship election debates before elections; complete transparency in election funding, including public declaration of sources of election finance by all candidates and political parties and ensuring the integrity of the electoral process. The statement Obaigbena’s statement read in part: “A meeting of Nigerian Press Organisation, NPO, comprising the Newspaper Proprietors’ Association of Nigeria, NPAN; Nigeria Guild of Editors, NGE, and Nigerian Union of Journalists,

NUJ, as well as other media stakeholders was held on Thursday July 19, 2018, to deliberate on “The Nigerian Press Council Bill 2018. “The meeting painstakingly studied the provisions of the proposed bill in the context of its implication for free speech, press freedom, media independence, safety of journalists and the right to operate as a business in accordance with the laws of the Federal Republic of Nigeria. “The meeting also took notice of the fact that a law suit instituted by the Nigerian Press Organisation, NPO, on the same subject matters of the bill is pending at the Supreme Court. “Consequent upon the above, the meeting observed and resolved as follows: ‘The proposed bill is unconstitutional as it runs against the principles and tenets of the rule of law and is actually sub-judice given that a case on the subject matter is still pending in the highest court of the land—the Supreme Court— in view of which the bill should not have been drafted in the first instance. “That the bill is, for all intents and purposes, draconian and anti-press freedom, being an amalgamation of the obnoxious Public Officers (Protection Against False Accusation) Decree No. 4 of 1984 and Newspapers Registration Decree 43 of 1993, both vestiges of the dark days of military rule and, therefore, incurably and irreparably bad, being also inconsistent with values of our democratic society.” Bill expunges perceived draconian provisions of extant law —Saraki, who was represented by Chairman, Senate Committee on Media and Public Affairs, Senator Aliyu Sabi Abdullahi (APC, Niger North), said: “The bill expunges perceived draconian provisions of extant law, amends some to fit current sensibilities, and inserts new clauses to situate the practice of journalism in a modern context in line with global standards. “It would also grant autonomy to the Nigeria Press Council, while creating an institutional framework for the enforcement of ethical codes and standards, as regulated by practitioners themselves. “Given Nigeria’s current polish climate and the role of the media in shaping narratives and driving public opinion, you will agree with me that an oversight body such as the NPC is of utmost importance to the country. “Further evidence is provided in the adverse impact of the so-called ‘Fake News’ on the polity, and the potential to heighten tensions, with respect to the various sub-national conflict situations currently being experienced in the country.” Also in his remarks, Chairman of the Senate Committee on Information and National Orientation, Senator Suleiman Adokwe, promised that the Senate would continue to look at the laws of the land, including that which regulates the press. 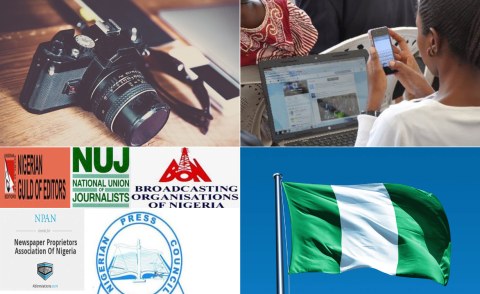 Weeks After Hosting Global Press Event, Nigeria Cracks Down
Tagged:
Copyright © 2018 Vanguard. All rights reserved. Distributed by AllAfrica Global Media (allAfrica.com). To contact the copyright holder directly for corrections — or for permission to republish or make other authorized use of this material, click here.