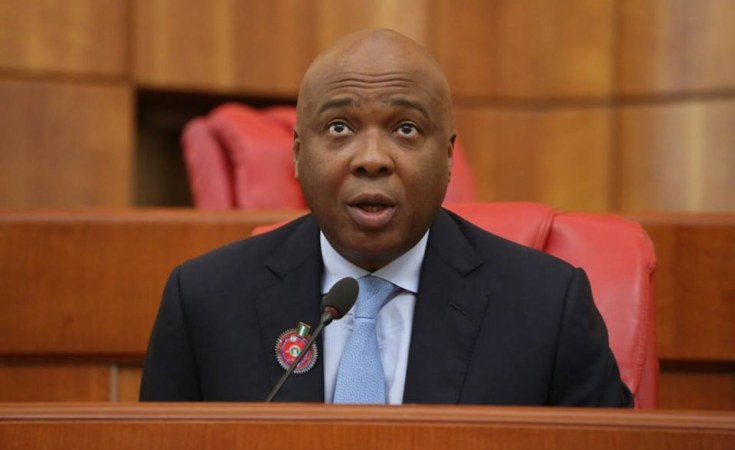 Senate President Bukola Saraki yesterday disclosed why he failed to honour the invitation by the Inspector General of Police (IGP) to report at a police station in Guzape, Abuja, over the Offa robbery incidence.

Saraki's special adviser on media and publicity, Yusuph Olaniyonu, said his principal had answered all the questions raised in the police invitation in a letter sent to the police on Tuesday. The Senate president, who stated that his two-page letter to the IGP on the invitation was duly acknowledged, noted that after answering all the questions raised by the police in his letter, he did not believe that there was any further need for him to go to the police personally.

LEADERSHIP recalls that the Inspector General of Police, Ibrahim Idris, had on Monday invited Saraki to appear before the Police Special Anti-Robbery Unit in Guzape, Abuja, to answer questions on his alleged link to the Offa robbery incident.

Saraki had stated in an earlier response that the invitation was "a mere afterthought which is designed to achieve political purpose."

He said that he had it on good authority that the Police had already decided on the suspects to arraign in court in Ilorin, Kwara State, on Wednesday (yesterday) based on the advice of the Director of Public Prosecution (DPP), Mohammed U.E. and that his invitation was a ploy aimed at scoring cheap political points. He said, " I have been reliably informed that the police invitation was planned by IG as a ploy to stop an alleged plan by some senators and House of Representatives members from defecting from the All Progressives Congress (APC). It was also said that if I was detained between Tuesday and Wednesday, that will abort the so-called defection plan.

"While I continue to maintain that the issue of my position on the 2019 elections is not a personal decision for me alone to make, it should be noted that all these concoctions and evil plot cannot deter me. Those behind this fresh assault will fail as I have nothing to do with the robbery incident or any criminal matter for that matter. "I am aware that following a request made by the Police on June 13, 2018, the Director of Public Prosecution (DPP) of the Federation had written a legal advice dated June 22, 2018, in which he stated on page 5, paragraph (f) that 'For the Senate President and the Kwara State Governor, this office is unable to establish from the evidence in the interim report a nexus between the alleged office and the suspects.'"

He accused the police of being corrupted and politicised in their investigations into the Offa robbery incident. "They have turned it into an instrument for the party in power to suppress perceived opponents, witch-hunt and issue for blackmailing people from freely choosing which platform on which they want to pursue their ambition and a matter for harassing the people whose exit from APC would harm the chances of the party in the forthcoming elections," he added.

Previous Story
What Is Your Take On Siege to Saraki's Residence?
Next Story

What Is Your Take On Siege to Saraki's Residence?

To Be, Or Not to Be President Saraki?
Tagged:
Copyright © 2018 Leadership. All rights reserved. Distributed by AllAfrica Global Media (allAfrica.com). To contact the copyright holder directly for corrections — or for permission to republish or make other authorized use of this material, click here.